Chapters five and six of InterCourse do not slow down, but continue full throttle pedal to the metal!

Chapter 5 seems to be saying the very act of intercourse certifies possession, but who exactly is being possessed? The sex of the person thrusting and the person surrendering goes unnamed, seeming to say (at least to us) thrusting and surrendering is in the eye of the beholder, equal, but different! WOW! Thats a powerful statement, or is it?! 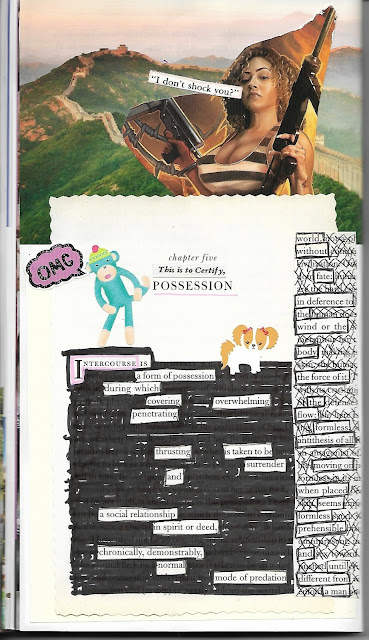 "Possession requires access to every inch", InterCourse continues propelling the reader to question everything they know about Het sex and Het relationships! Candidly brilliant, yet softly subtle! True intimacy can only be magical when its raw and the only way to truly possess another, own another is by route of fucking! What?! Did I just read that correctly?!!!! 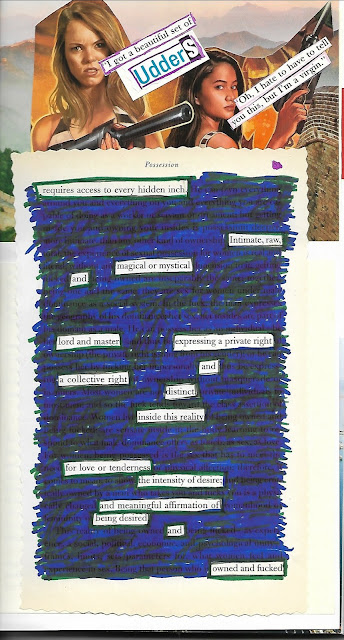 The next page of the book has the word secrets written in large letters, undoubtedly there is something going on here we're supposed to figure out and like a good detective novel, the secret is hiding in plain sight! Het community transformed human nature by overpowering meaning! Nothing is what it seems, yet it is exactly as it is! The secret is in the pictures below the prose, no spoiler here, see if you can figure it out! 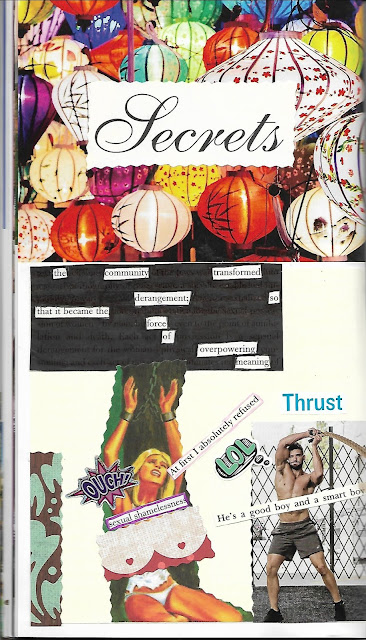 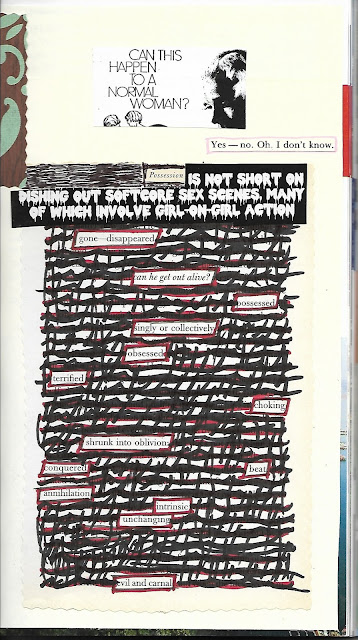 The Flaubert (realism) quote situates itself perfectly in part two of InterCourse; pursuing the trope (?) or truth of the Het female condition; women wanting/gagging to fuck, but not wanting to bear any responsibility when they do. Through this analysis we can clearly see how the MeToo movement was able to twist inside out the "you cant rape the willing" trope to publicly executing (no trial, no facing one's accusers, no defense) anyone, any woman who chose to label a rapist, willing participation not important! 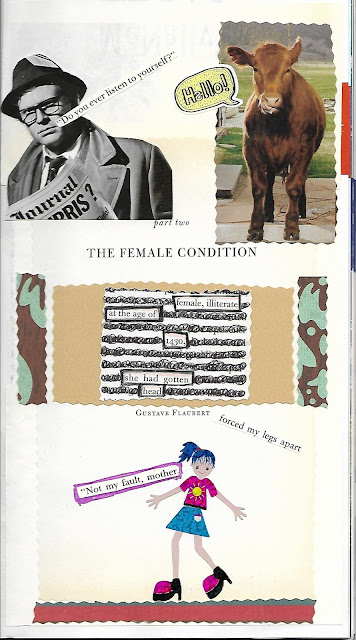 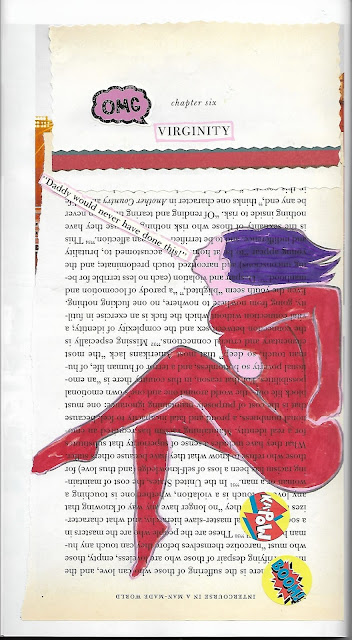 The antithetical elements of this page are exemplary; working the disparity between the Chinese women to drive the message that follows, being that there are many facets (good and bad) of Het women everywhere. 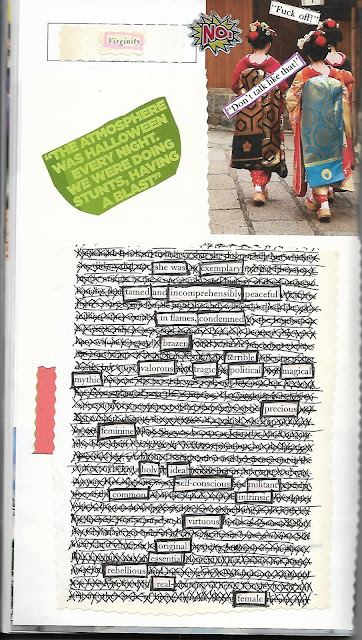 The departure from the norm seems to continue; between the teeth marks left by patriarchy and an unnamed woman wearing men's clothes that give her super human indestructibility by using the guise of a man. 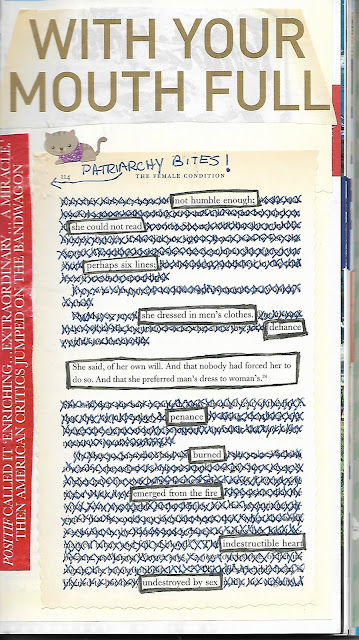 It is intriguing that there is a wedding announcement, but we dont know who is being joined together in wedlock.  We encounter "his mistress", a "pagan priest" who decapitates the devil, clearly this is  metaphor for the austere lengths that Het women go to for a man. Oh my!
The chapter ends queerly, including another reference to the devil, whereby a bored Het female seemingly sits beneath a costumed male skeletal figure, while above to the right stands a giggly girl who represents (?) the future bored unhappy Het woman. Lining the bottom of the last two chapter's pages without explanation is the words Inter Course. Is the course of Het relationships something to be buried? Something thats already dead? Or something needing a course of action to come between Het women and men? 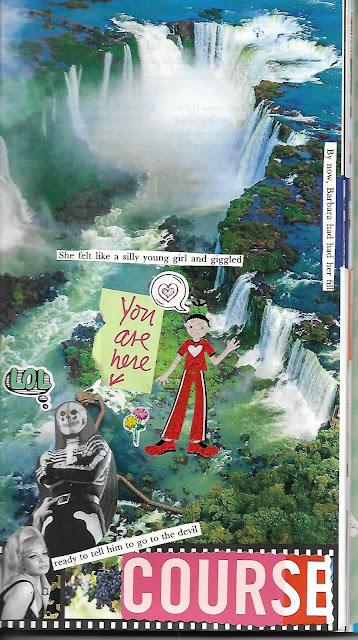 Stay tuned for chapters 7 and 8! Hold on to your hats, this little gem is really heating up!