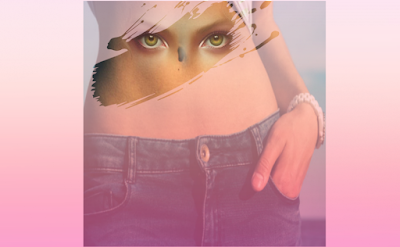 Along with our UnSTRAIGHTening Lesbian series, I'm going to begin a similar series of posts focusing less on the individual and more how STRAIGHTS/STRAIGHTBIANS have DICKtated everything known (historically to present) or believe to know about Lesbians, everything EXCEPT what was Lesbian then, what is Lesbian now and what will always be Lesbian!

I'm going to illustrate via the table of contents and the odd quote, from merely two books mind you, how overwhelming Het privilege/presumptions and immense Het ignorance's have been Hetsplained to Lesbians AS Lesbian by Hets/STRAIGHTBIANS.

The first book is Dyke Life: From Growing Up To Growing Old, A Celebration Of The Lesbian Experience by Karla Jay. The description of this book is as follows:

Written by lesbians of different ages, races and religions—and compiled by one of the gay movement’s best-known writers and activists—these original essays give vibrant voice to the diversity of the lesbian experience. Celebrating the many ways in which the lesbian experience is unique from all others, many of these pieces focus on specific lesbian concerns such as sexual practices, raising children and higher incidence of certain illnesses. Beyond pointing out these differences, the essays also provide a comprehensive view of the many phases of lesbian life by covering diverse topics like body piercing, coming out and work. Short narratives—“To Mother or Not to Mother,” “Confessions of a Lesbian Vampire,” “About Being an Old Lesbian in Love,” and more—complement and enrich the main essays, adding a unique personal tone to the collection. A mix of the serious and the irreverent, Dyke Life is an important contribution to gay and lesbian literature. 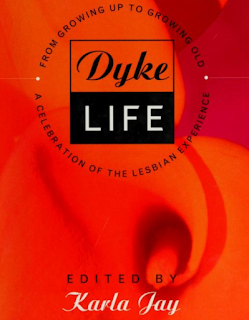 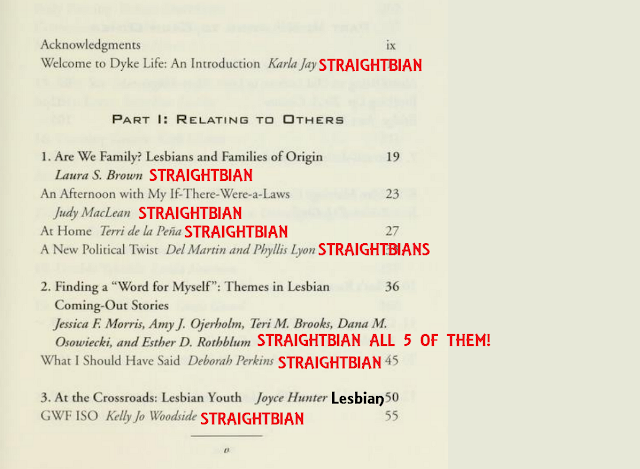 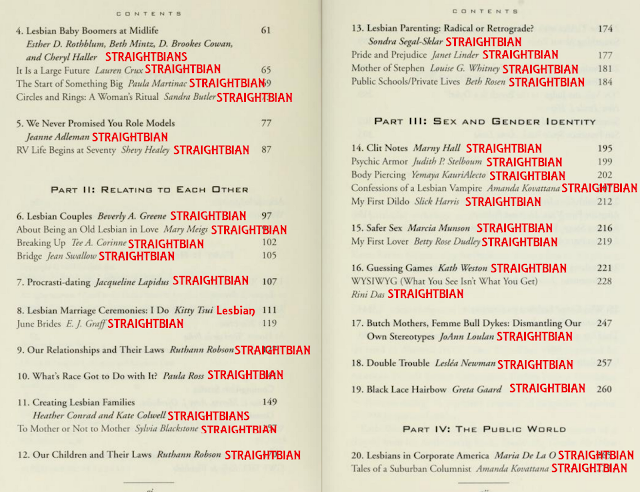 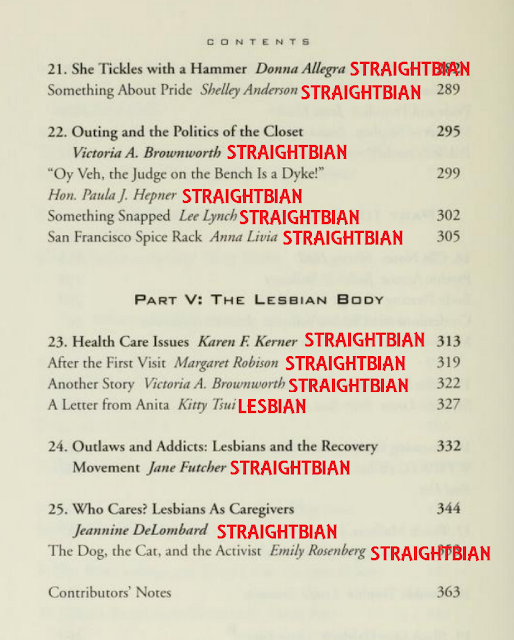 Each contributor was vetted to the point sexual orientation could be determined. This book boasting of Lesbian experiences was written by nearly ALL STRAIGHTBIANS. Not simply STRAIGHT women, BUT DAMAGED STRAIGHT Women! Take a few random quotes:

I literally had to read that first line several times and ask Mrs Dirt does this say what I think it says! The ONLY humans known for "incessant processing" are Het Women! When in all your born Lesbians days have you seen Lesbians sitting around trying to figure out their feelings, their partner's feelings, let alone going to relationship "therapy"! NEVER! Thats when! These Het women wind up in therapy because they're damaged Heterosexual women trying to make a romantic relationship work with usually another damaged Heterosexual woman or occasionally the odd Dyke! 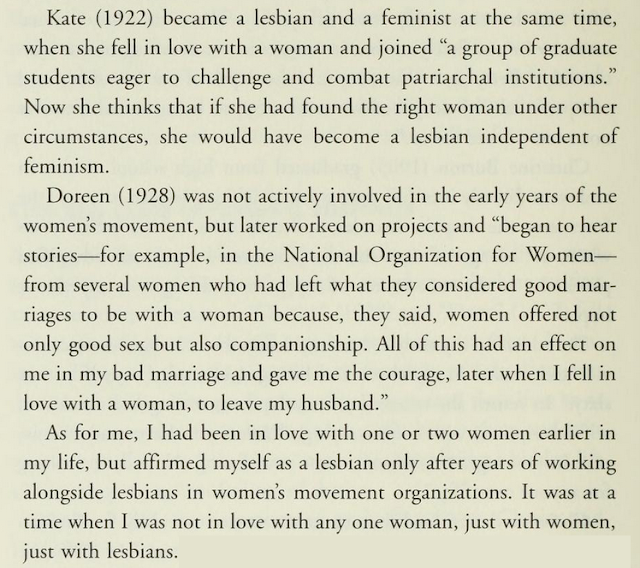 Daughters of Bilitis? Really! A STRAIGHTBIAN club ran by two STRAIGHTBIANS ( Del Martin and Phyllis Lyon)!!!! Both whom will be featured in a later UnSTRAIGHTening Lesbian post. 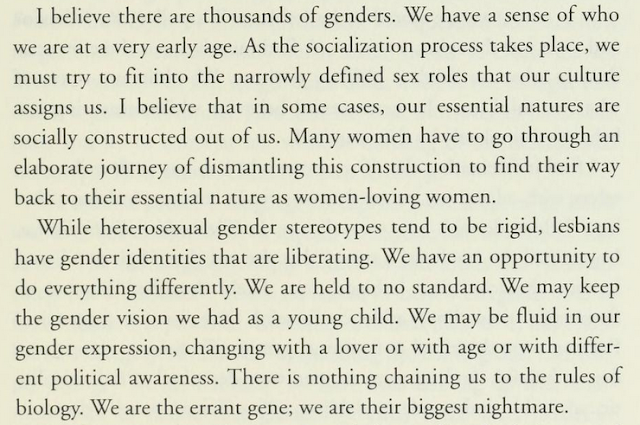 Need we wonder why there are now men in the Ladies? RadFem STRAIGHTBIAN bullshit like this, yanked the door off the frame of biology, flooding once biologically separate public spaces with potentially dangerous elements. STRAIGHTBIANS have done nothing different, their Hetero ineffectualness has yet again been trumped by male directness and moreover male cooperation, all though at the expense of Lesbians.

Next up from Hetsplainer Karla Jay is Lesbian Texts and Contexts: Radical Revision, described as:
Lesbian writers include some of the most innovative and adventurous writers of this century, but only recently have they been given their due attention in terms of critical study. This book is the first anthology to discuss the subject of lesbianism as it relates to the critical interaction among readers, writers, and literary critics. It explores lesbian texts in terms of identification, meaning, and interpretation, and examines the complex entanglements of identity, voice, intersubjectivity, textualities, and sexualities. 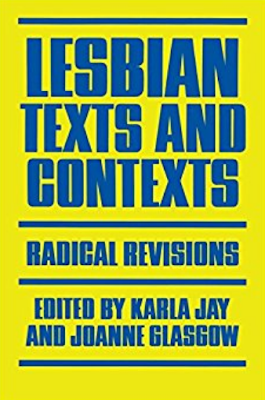 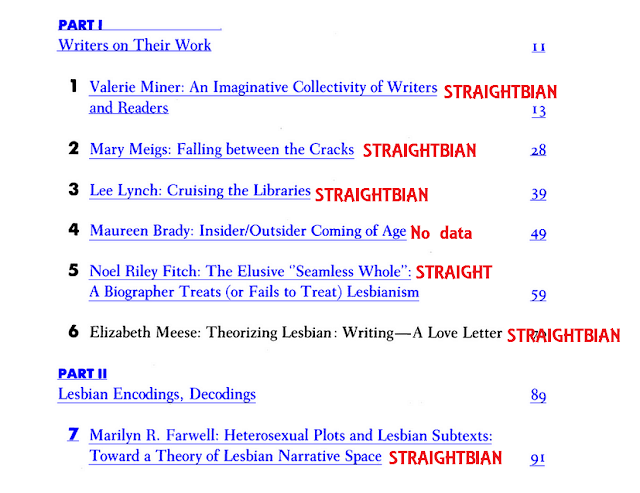 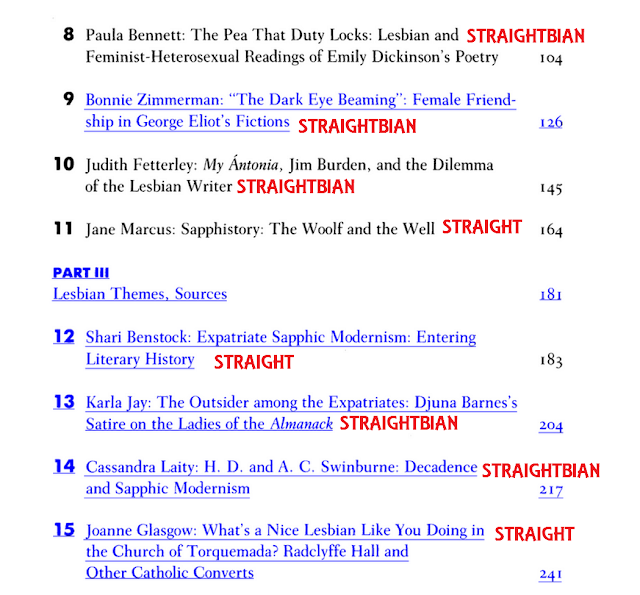 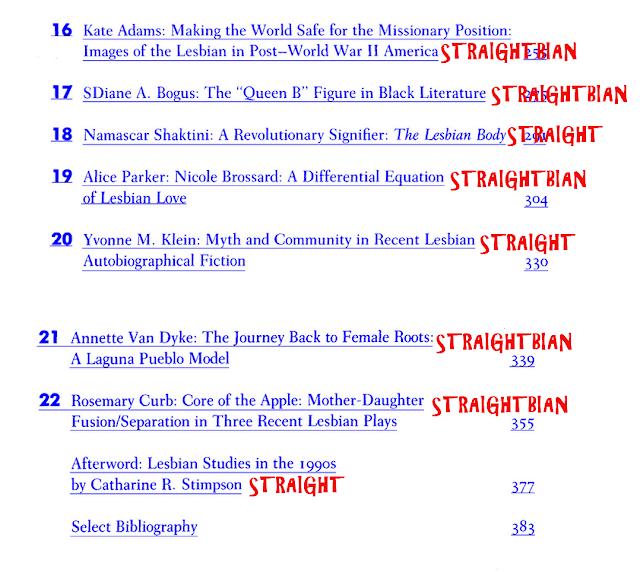 There are more than a century of these Hetsplained Lesbian conglomerations cluttering academia, building the careers of STRAIGHTBIANS, lining the pockets of STRAIGHTBIANS, clouding society of Lesbian accuracy and muddying the minds of any Lesbian reading this shit. Books like the two mentioned here are navel gazing to the point of disappearing. Perhaps thats the point. But Lesbian it is NOT!