Next up in our UnStraightening Lesbian series is the odious Andrea Dworkin. Dworkin, who routinely called herself Lesbian, used her Heterosexual privilege to write as/speak for Lesbians, while living, breathing and most certainly practicing Heterosexuality. 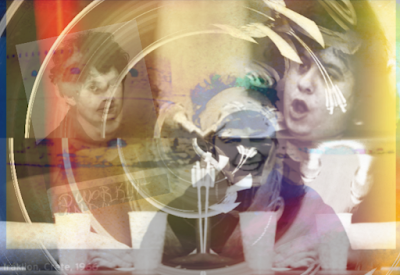 Dworkin was born in the fall of 1946, to an unhealthy mother and an overworked father, she had a brother who died in adulthood of cancer. For all intents and purposes Dworkin had a fairly middle class childhood in Camden NJ where she enjoyed playing with dolls as much as she enjoyed playing strip poker as a teenager: 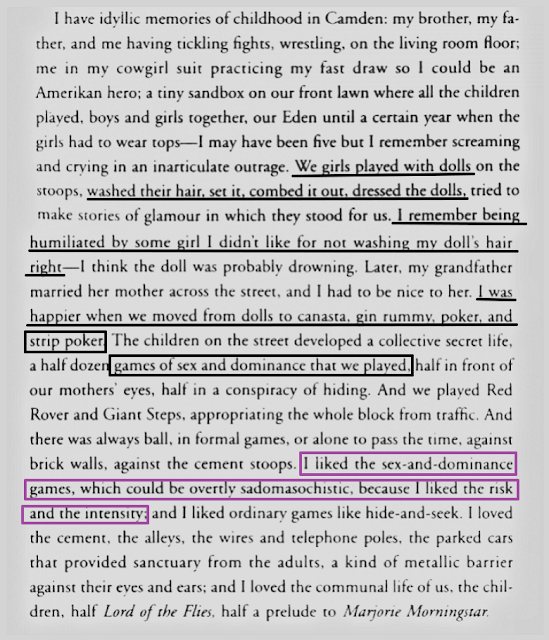 Dworkin claimed to have been fondled at a movie theater by a stranger when she was nine, a claim her parents either didnt take seriously or didnt believe, either way nothing beyond Dworkin's claims ever became of it. Whether this story truly occurred or was merely hyperbole used as a feminist device, Dworkin referred back to it repeatedly in her fiction, non-fiction and other writings.

Dworkin early on had aspirations of being a writer, she read voraciously, as well as dabbled in poetry and short story writing by the time she was a teen. Her aspirations however never matched her talent, creating some very DEEP seated jealousy toward male writers. Not surprisingly it was precisely that, writer's jealousy, that clicked with Dworkin when she first read Kate Millett's Sexual Politics: 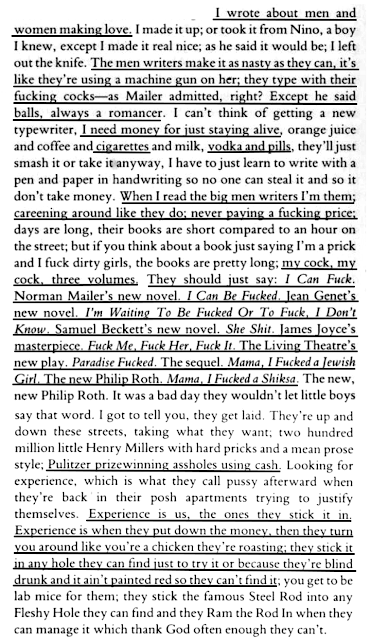 Dworkin ignorantly comforted herself in her Het female passivity by assuming male writers simply whip out a work, have publishers eagerly waiting to publish and then make millions while receiving tons of accolades. She later foolishly (and unfeministly) gloated over her imagined superiority over both Sylvia Plath-a genius- (who nailed the likes of Dworkin and a good many Het females past, present and future with one line of poetry "every Women adores a Fascist/the boot in the face") and Anne Sexton (who had her own issues with mental illness but still managed to write some VERY good poetry) saying:

Apparently Dworkin failed to see her own slow suicide via excessive weight/food addiction. 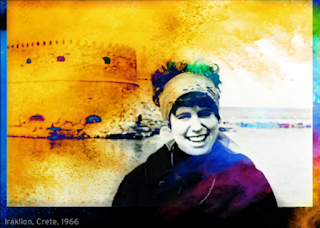 After she graduated college in 1968, Dworkin left for Amsterdam, getting involved with the counter-cultural movement there and through whom she met her first husband. Dworkin claimed her husband was emotionally and violently abusive, a situation she Heterosexually mismanaged (at first?) by passively hoping the abusive partner would one day leave:

Elsewhere we have to wonder did the husband or other male sex partners even have an idea of Dworkin's proclaimed dislike of them/their sex lives: 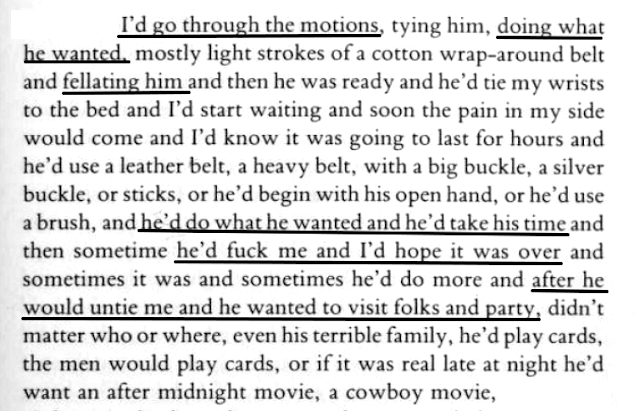 It is clear Dworkin's male lovers were given no indication she was not into what they were doing. This isnt simply a lack of communication, it is NO communication! Yet it was through this nonlinear form of communication Dworkin and other RadFems believed change would magically happen:

And interestingly like the absolute lack of verifiable proofs of her various sexual abuses, rapes, prostitution etc, beyond that which comes from her mouth or pen, Dworkin SPECIFICALLY refrained from publishing works about her claims of her ex husband's abuse/rapes in his country (fears of libel?).

But for those Dworkin enthusiasts who never questioned beyond her lips or her pen regarding Dworkin's male violence claims, it is impossible for me to understand how Dworkinites did/do manage to balance this:

with her claims of being a Lesbian? What Lesbian spends all her time writing about Heterosexual smut such as:

Dworkinites are told/believe of course that Dworkin's life long love affair with the cock was because she/females are conned by patriarchy from birth: 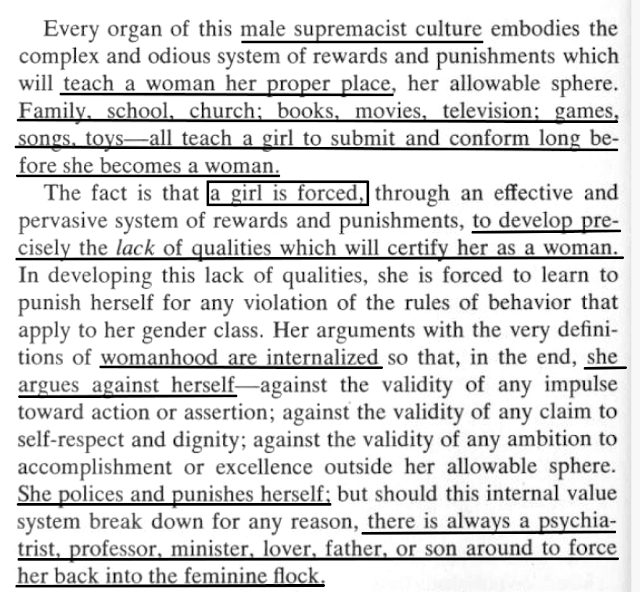 Patriarchy that threatens Lesbians STRAIGHTBIANS from leaving their HUSBANDS (I know right) because they might lose their children or calling Women Lesbians just to keep them in line: 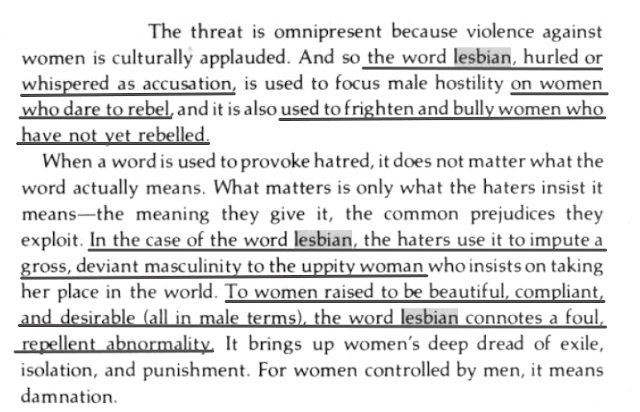 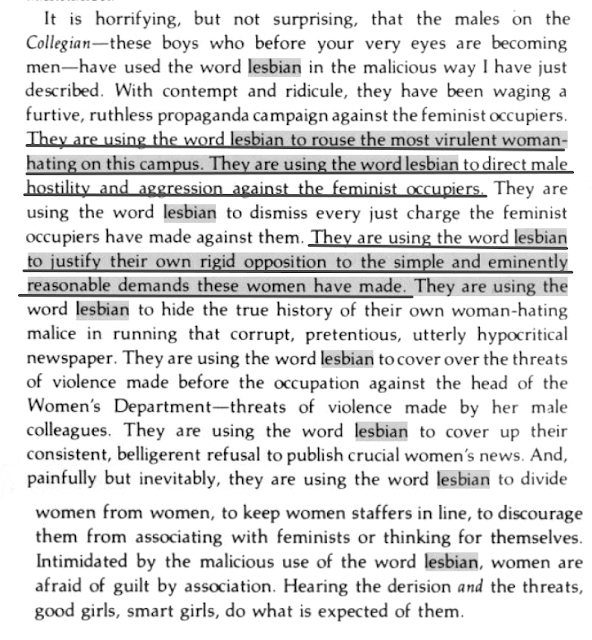 This same Patriarchy that Dworkin claimed to socialize females into cleaning-baby-making-fuckbots for males, Dworkin with Malice of Homophobia rationalized was one big butt load of Homosexuality: 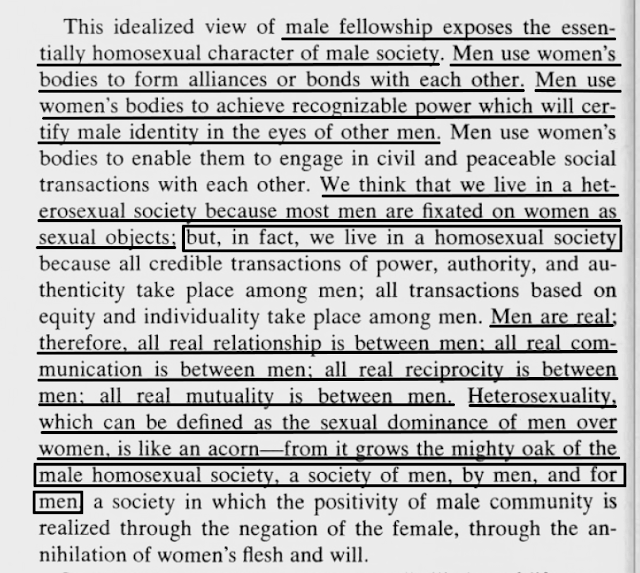 YET Dworkin also states that Homosexual males are nothing but bitches with dicks:

I suppose Dworkin comforted herself with this Homophobic bigotry in order to explain why Gay men, despite living in a near predominant Heterosexual world still manage to make gains/carve out niches for themselves.

Not surprisingly, at least to any Lesbian (no not the man hating Het Women raping Lesbian culture/violating the very fabric of Lesbian kind) Andrea Dworkin sans lube sodomized Lesbian for her own sick kicks! Speaking FOR Lesbians at a New York LESBIAN Pride rally, Dworkin clearly speaking to other mentally ill Het Women like herself said: (obviously she wasnt speaking to us as her speech has shit all to do with Dykes-I'm including the entire speech as the Lesbian ignorance and Heterocentric insanity she spouted bears being read in full) 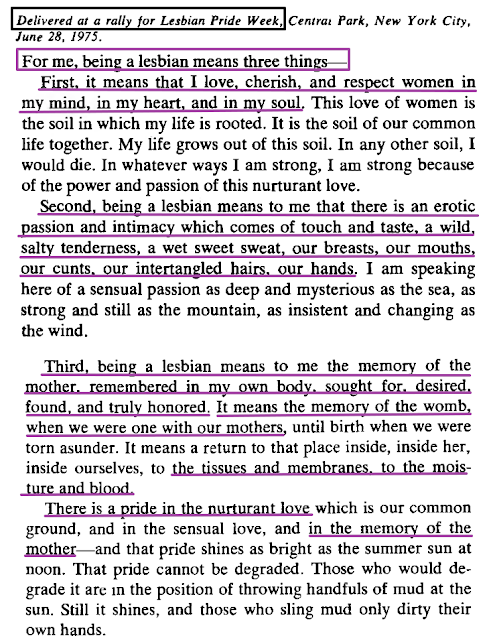 Not a single one of her three reasons has ANYTHING whatsoever to do with being a Lesbian, not a fucking one! And lets be perfectly clear, wanting to get into your mother's panties, wanting to fuck your mother's moist bloody membranes is S I C K, not Lesbian! 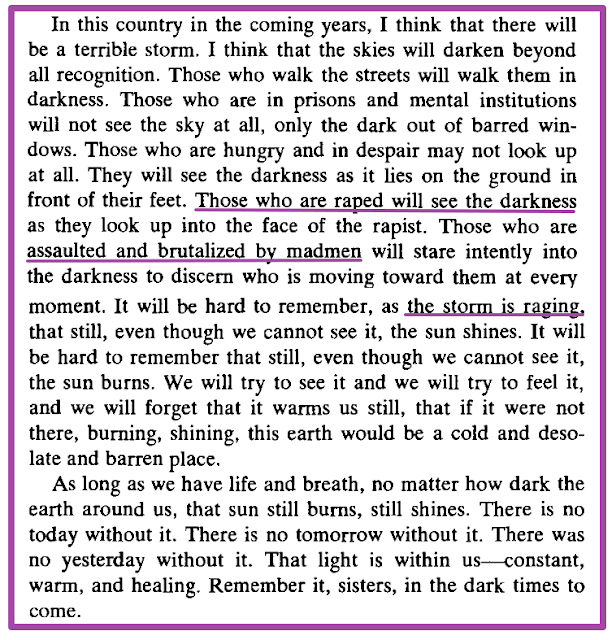 And the garbled batty bonker ending to her speech doesnt simply have nothing to do with Lesbians, it has nothing to do with basic mental coherence! Like Dworkin's delusive child molestation/rapes/prostitution stints/battered spousal abuses etc, Dworkin with Heterosexual privilege, used Lesbian (“In 30-plus years of knowing her, I’ve never heard of a single romance with a woman—not one.”) to fuel her own personal fires for her own sick selfish gains. Dworkin didnt give a toss about how her Hetsplaining Lesbian colluded in the struggles Lesbians face/d, didnt care her over-sexed-weak-warped-man-hating version of Lesbian maximized the myriad of struggles Lesbians face/d daily, struggles sometimes culminating in the deaths Lesbian youths then as well as now!

Dworkin had an equally warped debased passive plan for changing the Heterosexual nature she despised: 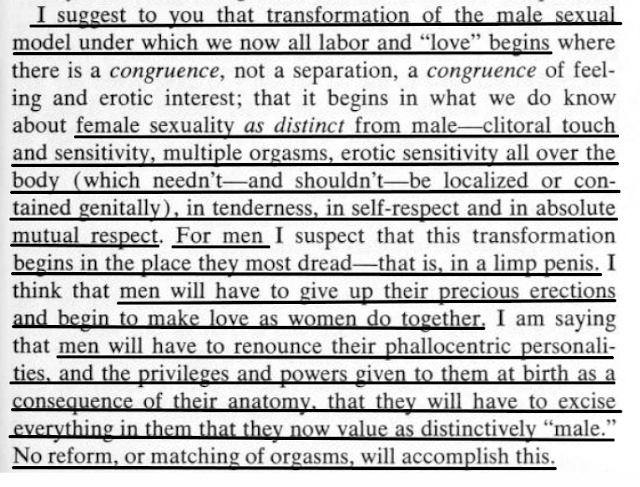 How did she propose Heterosexuality was going to be transformed? By recreating the sexes of course!:

Ironic how often we find Radical Feminists who are blatantly anti-Trans, yet quote Pro Trans Dworkin till the cows come home. I suppose though, no more ironic than Dworkin's zeitgeist (anti-pornography) swimming in an ocean of Dworkin pornography. Perhaps irony is missed among Radical Feminists.

Whatever mental defects or illnesses Andrea Dworkin suffered, none give her or her Dworkinites permission (ethical or otherwise) to write, publish or preach in the name of Lesbian, about Lesbianism or as a Lesbians! Dworkin's Heterosexuality was ALWAYS firmly intact; whether chasing after cock, riding cock, sucking cock, bending over for cock, Dworkin's life was ALL cock cock cock! The only women who could think Dworkin a Lesbian were/are as fucked up as Dworkin herself.