How Lesbian Became the Vehicle for Radical Feminist Anger

Both Mrs Dirt and I have documented through multiple posts (and continue so to do) on how (defective/ineffective) Radical Feminists/Feminists were/are. We have also delved fully into how Radical Feminists have abducted Lesbian for their personal/collective own uses/devices/abuses. We have unflinchingly worked to UNSTRAIGHTEN Lesbian from the faux tropes/paradigms Radical Feminism/STRAIGHTBIANS have intricately confused society and even Lesbians ourselves with. In doing so instead of being heralded for our bold brazen commitment to Lesbian/Lesbian biology, we've been branded scary, mean, dangerous, sexually abusive, mind controllers, bullies to name but a few. While there are varying reasons why Lesbians insisting on Lesbian legitimacy is causing fear among Radical Feminists (old and new), there is a specific reason which I will discuss in this post. That reason is: 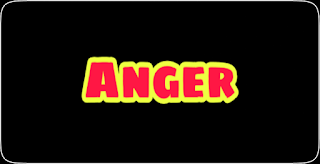 An anger that stated in no uncertain words that a Lesbian is "the rage of all women condensed to the point of explosion." Lesbian has long been linked to (remains linked to) Anger. 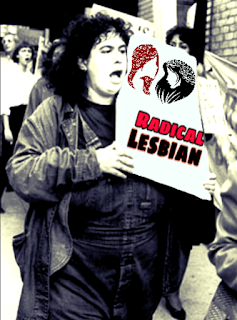 In UNSTRAIGHTENING Lesbian from the desperate needy clutches of Radical Feminism, Mrs Dirt, myself and many other Lesbians working to unwrite centuries of Lesbian inauthenticity and reestablish Lesbian pride, we've incurred innumerable outrages. From receiving hostile emails to pictures of WOMEN kissing, even to legal licenses of marriage, all in some vain attempt to prove their Lesbianism! Putting biology back into Lesbian, for the sake of Lesbians now and for the future of Lesbians hence, has put us on a collision course with Radical Feminism/RadFems!

While it was clear from the outset that reifying the biological essentialism of Lesbian was going to upset RadFems/STRAIGHTBIANS everywhere, particularly given that many have made entire careers/coin from claiming Lesbian and many more from using Lesbian as a recourse/refuge from partnering with men. What we overlooked however was the principal reason Radical Feminists/STRAIGHTBIANS have/are acting like we kicked their puppy-by stripping them of Lesbian, we also strip them of Anger! Well not from feeling anger, but from using Lesbian as a vehicle to express their anger. Anger toward collective man (patriarchy) and anger toward individual men who've hurt or angered them.

Women's magazines have long been filled with tips/tricks and other psycho babble on helping women deal with/express anger. Radical Feminist and other Feminist groups found a way to express their unremitting/often pathological anger toward men, by BECOMING Lesbians! Lesbian became for Radical Feminist a vehicle used to express all their Heterosexual pent up/passive/aggressive anger and rage toward real and believed injustices/inequalities against men.

Radical Feminists and other mentally damaged/weak heterosexual women saw (with great privilege and insult) Lesbians as women who chose to partner with other women because of men/collective man, NOT because they were Lesbian by nature, Lesbian alone! Through their warped brand of Lesbianism Radical Feminists fueled their ineffective (bowel) movement with an unhealthy hatred of all things male. Angry Lesbians! Lesbian Anger! Lesbian Rage! All HETEROSEXUAL!!!

Whenever women (Radical Feminists) calling themselves Lesbians actually came face to face with Lesbians; Lesbians were either kicked out of Radical Feminist/Feminist groups or promptly asked to leave when Lesbians were accused of acting like men. And by acting like men I mean, using common sense, leadership skills, level headedness, directness and plan of action tactics. There was/is a VAST disconnect between Radical Feminist's IDEA of Lesbian (the rage of all women condensed to the point of explosion) and the biological reality of Lesbian itself (mapped out when sperm meets egg Lesbian genetics). It is obvious 40 years later which, IDEA or REALITY, Radical Feminists put stock in.

Ignorant assumptions or hetero-privileged presumptuousness, either way Radical Feminists thought (as my granny used to say "thought is a lie) the only way to come to or become Lesbian was through a deep concrete hatred of men/collective man. Lesbian was/is for Radical Feminists a way to step out of line, because they were/are too afraid to do so as themselves. Like actors who take a part in a play or film to experience a way of being they are too uncomfortable to do so in real life. But Lesbian isnt a part to be played, a guise to be worn simply so the Heterosexual RadFems among us can get pissed off without pissing off who they want to piss off as the pissed off Heterosexuals they are!

By dispensing with the lesbian as choice flim-flam and shoring up Lesbian legitimacy Radical Feminists fear Lesbians are taking away their vehicle to express anger. If RadFems want a vehicle they can see their nearest Ford dealer, Lesbian isnt a fucking car lot! Lesbians exist! By ourselves or with other Lesbians! Lesbian is born from the womb, not birthed from between the legs of anger and rage!