How the HATRED of Homosexuals GreenLighted the Era of Transgender 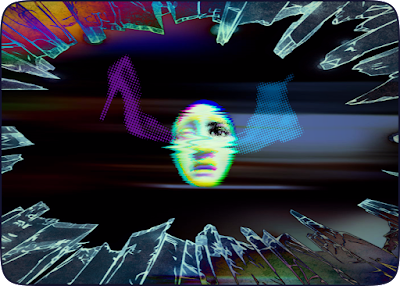 The other night Mrs Dirt and I finished watching the eight part Nordic crime drama Modus. By the end of episode 1 it was apparent that the series had a homosexual theme. A few more episodes in something more relevant (to us as Lesbians) became blatant, homosexuals still remain one of or perhaps the MOST viciously, savagely and subtly hated group of humans on the planet. I dont say that simply because that was the case in a television series, I say it because it is the truth!

There isnt anything within the realm of possibility (and FAR outside of the realm) that heterosexual society hasnt tried to use to CHANGE homosexuals and where and when they have/are unsuccessful-they murder us or, in cases of young homosexuals, they make homosexuality seem so abhorrent that suicide would be a far better choice. Choice being the operative word, we can choose the kill ourselves, what we cannot and do not choose is to be Homosexual. That lack of choice (suicide or a life of intolerant hate/bigotry) led seemingly more sympathetic Hets to find or figure out alternative options for the perverts among them. An alternative that grew out of the DSM 1.

Being Gay or Lesbian once meant being put into the same category as rapists, child molesters and males who fetishized (got erections/masturbated to the idea of) being women. Unfortunately little has changed from then (the 1950s until now 2017), with the exception of willingly accepting that (or near so) categorization in the form of the LGBTQII and/or an assortment of other acronyms not listed. Homosexuals let our guard down when the Psychiatric Complex pretended to remove Homosexuality from its ABNORMAL behaviour book back in 1973.
DSM I: 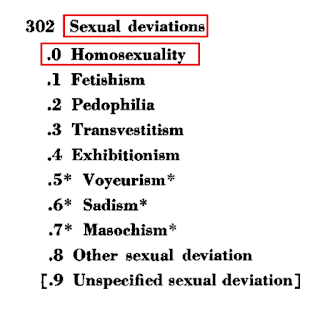 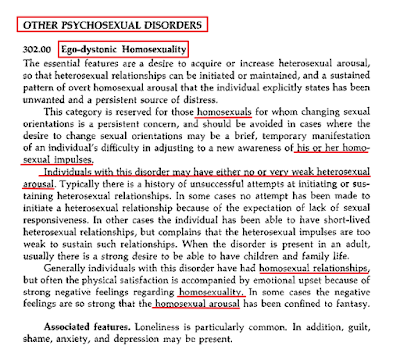 DSM V: And in one fell swoop, all aspects of homosexuality were folded right back into the DSM under the mental disorder Gender Dysphoria! Setting up Homosexuals once again to be diagnosed with a mental disorder, only this time Homosexual children have been included and this time the Homosexual cure involves dangerous drugs and torturous mutilative surgeries. 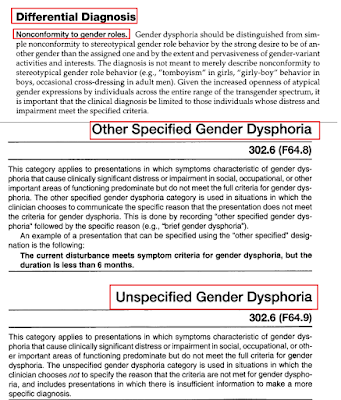 Homosexuals have existed as long as Heterosexuals have been making babies and despite Gays and Lesbians that have made historical contributions/advancements to Society, despite Gays and Lesbians pooling financial resources/efforts to change laws and misunderstood/ignorant or hate filled Heterosexual views/treatment of us, in the course of Human existence little has in fact changed for Homosexuals.

Yet within the course of a few short decades, particularly the current decade, Transgender has blossomed into TV shows-Films-Musicians-Media darlings-Models-Actors/Actresses etc. FEDERAL/State Laws, International Laws etc. Federal/National changes/protections in schools. Bear in mind, I'm merely skimming the surface of the explosion Transgender has had in every facet of society in recent times. What accounts for Society's different reaction between the LG b T?

While working on this post, the 1996 film Twilight of the Golds came to mind. Mrs Dirt had never seen the film before and due to the feelings it provoked in me, I had only ever watched it once. Together we angrily watched the film the other night. As Lesbians, the film is of course a difficult film to watch, but HIGHLY important and growing more important for Homosexuals by the second.

If you're not familiar, the film deals with an upper middle class family (mom/dad/brother/sister). The son of the family is Gay and the married daughter has just found out she is pregnant with her first child. The much loved son-in-law coincidentally (with colleagues) discovers through a GNOME project a way to predict the likelihood of finding out if a fetus will be Homosexual. Needless to say he and his wife's fetus is tested and there is a 90% chance the male fetus WILL be Gay, or as they say in the film with disgust "be like David". There is a bit of family conspiracy to keep David in the dark about the baby's Homosexuality, particularly because his sister hasnt decided if she wants to abort the Homosexual fetus (her husband and parents do).

Needless to say David finds out and confronts his parents about their own (not so hidden) Homophobia and demands to know his father's true feelings about Homosexual him. The father tells David "And how do I really feel? I'll tell you. I think you're sick and diseased and if there were a cure I'd want you cured. Thats how I really feel." Interestingly something echoed in a recent interview with DykeOn KD Lang who was asked her mothers response to KD telling her she was a Lesbian at age seventeen, her mother stated "I'd rather be dead than to have you tell me that." Lets be honest, something that has been echoed throughout the lives of Gays and Lesbians forever and still.

It is both chilling and sobering, and no matter the amount of Gay or Lesbian the-world-does-not-really-HATE-us-that-much spin we so often tell ourselves; the polite hatred, the seething hatred and the violent hatred from our closest loved ones to perfect strangers is staggering!

So when the smoke of Transgenderism has dissipated and the mirrors have all been smashed, all that remains is the vile ugly truth; that the unadulterated repugnant HATRED of Homosexuals fueled, fuels and will fuel the Heterosexual prayers, hopes and dreams of fixing our offensive (homosexual) abnormality by normalizing us in THEIR own (heterosexual) image-of acceptability!