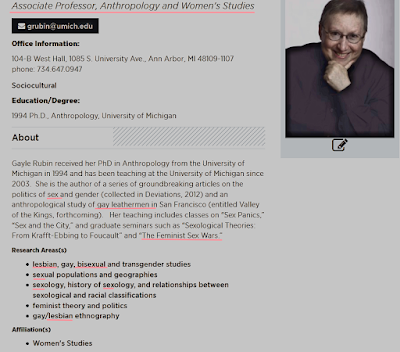 In this post we will show readers how Gayle Rubin has made a career out of defining, narrowing and uglying Lesbian by filtering Lesbian through a warped, demented and perverse heterosexual lens. Painting Lesbians everywhere as creatures who feed off of gay male pornography, sexual predators of underage youths and misogynistic sadists of the female population at large.

But it wasnt until 1975 when Rubin's essay The Traffic in Women: Notes on the 'Political Economy' of Sex did Rubin garner herself a larger (radical feminist) academic audience and where Rubin (like many heterosexual Radical Feminists)  divided sex and gender in pedestrian effort to distinguish the unequal power structures between men and women. And whereby personally helped to usher in Identity Politics (robbing females of being female) with the twisted idea that by placing gender over sex believed(s) that if gender were king, there would be no kings! 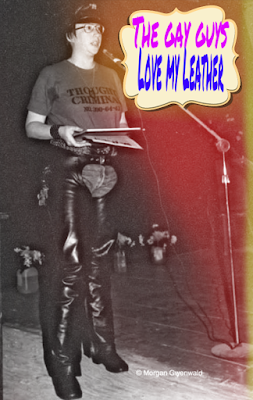 Rubin's Fag Haggian (lusts) fascination, led her to San Fran in 1978. It was during this time that Rubin met/team up with fellow Fag Hag Pat Califia. "I have benefited immensely from innumerable conversations about sex, politics, and s/M with Pat Califia." Together they started Samois-a Lesbian Sadomasochistic group running from 1978 to 1983. Despite neither being lesbians themselves, both Rubin/Califia confused/shared a deep love of harming women/girls. 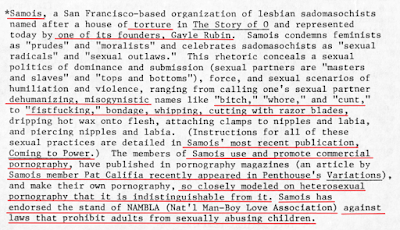 The depraved duo's beliefs were:

"...that S/M must be consensual, mutual, and safe. S/M can exist as part of a healthy and positive lifestyle. We believe that sadomasochists are an oppressed sexual minority. Our struggle deserves the recognition and support of other sexual minorities and oppressed groups. We believe that S/M can and should be consistent with the principles of feminism. As feminists, we oppose all forms of social hierarchy based on gender. As radical perverts, we oppose all social hierarchies based on sexual preference. (Samois, 1979, p.2)"

Rubin and Califia outline clearly here that neither believe in Lesbianism beyond some kind of (consensual?) sexual violence that involves two or more females. In doing so they (with hetero privilege) attached their personal sexual depravities to Lesbian as the Lesbian Community (in their minds) consisted of an oppressed sexual minority. Neither women, nor women who joined their small group, could see past their own perverted pathology to see Lesbian was neither a lifestyle nor a preference, but simply a birth right uninformed by child sexual abuse or the fear of challenging male authority figures.

If effort to further ugly/muddy Lesbian, Rubin involved herself with other STRAIGHTBIANS such as Amber Hollibaugh to define/document and archive various Lesbian History projects beginning as early as 1978. Rubin stoops so low in her effort to rip off Lesbian Culture/History she employs plagiarizes  George Santayana  "queer life is full of examples of fabulous explosions that left little or no detectable trace ... those who fail to secure the transmission of their histories are doomed to forget them"! Honey, you wouldnt know the first thing about OUR histories! 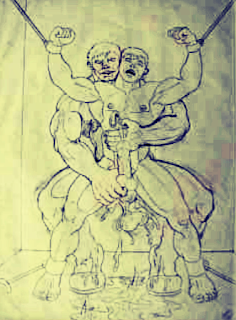 Pain, torture, sex and men, yep pretty much sums of every lesbian's life! NOT!

Lets check out a little of what Rubin has to say on Butch/Femme:


"I approach butch from the perspective of gender in order to discuss, clarify, and challenge some prevalent lesbian cultural assumptions about what is butch."

"Among lesbian and bisexual women, as in the general population, there are individuals who strongly identify as masculine or feminine as well as individuals whose gender preferences are more flexible or fluid. Femmes identify predominantly as feminine or prefer behaviors and signals defined as feminine within the larger culture; butches identify primarily as masculine or prefer masculine signals, personal appearance, and styles."

"The erotic dynamics of butch-butch sex sometimes resemble those of gay men, who have developed many patterns for sexual relations between different kinds of men. Gay men also have role models for men who are passive or subordinate in sexual encounters yet retain their masculinity. Many butch-butch couples think of themselves as women doing male homosexual sex with one another. There are “catamites” who are the submissive or passive partners of active “sodomites.” There are “daddies” and “daddy’s boys.” There are bodybuilders who worship one another’s musculature and lick each other’s sweat. There are leather dudes who cruise together for “victims” to pleasure."

Rubin obviously never encountered an actual Butch, Femme or Butch/Femme couple. Her notions of both denote her blatant heterosexuality and the heterosexual lens with which she filters ALL lesbians through.

Rubin on the Lesbian Community at Large:


"Despite theoretically embracing diversity, contemporary lesbian culture has a deep streak of xenophobia. When confronted with phenomena that do not neatly fit our categories, lesbians have been known to respond with hysteria, bigotry, and a desire to stamp out the offending messy realities. A “country club syndrome” sometimes prevails in which the lesbian community is treated as an exclusive enclave from which the riffraff must be systematically expunged. Everyone has a right to emotional responses. But it is imperative to distinguish between emotions and principles."

Rubin on Lesbians and Trans Females:

"A sex change is a transition. A woman does not immediately become physically male as soon as she begins to take hormones. During the initial states of changing sex, many ftMs will not be ready to leave the world of women. There is no good reason to harass them through a transitional period during which they will not quite fit as women or men. Most ftMs who undergo sex reassignment identify as men and are anxious to live as men as soon as possible. They will leave lesbian contexts on their own, when they can, when they are ready, and when those environments are no longer comfortable. It is not necessary for gender vigilantes to drive them out. Some ftMs will experiment with sex change and elect to abandon the effort. They should not be deprived of their lesbian credentials for having explored the option."

Rubin on Lesbians and sex with children:


"Recently NAMBLA, the North American Man/Boy Love Association, has had the dubious honor of becoming the first gay-civil-rights organization directly attacked by the government in the current wave of repression against dissenting sexuality. Sadly, this community has been treated by the Left and the women’s movement in much the same way that homosexuals were treated by so-called progressives in the 1950s. The gay movement has been repeatedly baited on this issue. When homosexuals are all accused of being “child molesters,” it is legitimate to deny that all, or even a large percentage of, gay people engage in cross-generational sex. But it is crucial to add that not all adults who do have sex with minors are harming them. All too often, homosexuals have defended themselves against the accusation of child stealing by joining with the general condemnation of all adult-youth sex and by perpetuating the myths about it. Many lesbians have been doubly baited, disassociating themselves from the practice but accepting stereotypes not only that all lovers of youth are rapists, but also that gay men tend to be lovers of youth."

And what lesbians would that be Rubin? Lesbians like yourself? Sexual abused/warped straight women who ignorantly/callously use Lesbian as their own personal vehicle to mow down the entire race of lesbians??? 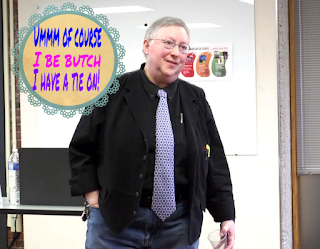 The amount of debauched douchery that fills Gayle Rubin's lesbian lexicon is heterocentric, fallacious, inaccurate, and unsound, but it has not stopped Rubin spreading Lesbian Lies throughout the halls of academia and entering the ears and minds on Lesbian students. Disease that leads to lesbian shame, lesbian self hatred and lesbian transition. Gayle Rubin is a dangerous STRAIGHTBIAN whose own sick self interest dominate her warped sexuality, her bastardized work and her depraved life.