There are two distinct Gender Non Conforming camps-Camp A who wants to transition children defined as GNC and Camp B who press a transgender wait and see policy toward children labeled GNC. BOTH camps agree some children are Gender Non Conforming. Both camp's position harm children, particularly gay and lesbian children whom are mostly likely to be branded with the GNC label. Both camps promote the ignorance that homosexuality doesnt exist in children. Both camps fails to distinguish between the IDEA (theory) of transgenderism (in children) and the REALITY of homosexuality (in children). But the greatest injurious insult that both camps hold is that there is a correct way to do male and female! Both camps agree that obvious faggy boys and obvious dykey girls are Gender Non Conforming i.e. ABNORMAL! Both camps also use GNC (gay and lesbian children) to further their own warped agendas!

Let me state this flat out THERE IS NO RIGHT OR WRONG TO BE MALE OR FEMALE!

There are no wrong clothes to wear, no wrong toys to play with, no wrong mannerisms to possess, no wrong way to walk/talk and no wrong playmates to have. Bear in mind, nearly ALL from both camps are heterosexual themselves! Using majority numbers not merely to rule, but as a measuring stick for what and who is NORMAL! Under that broad/wide and expansive umbrella no gay or lesbian child (or adult) will or can ever qualify as normal! Even if a gay or lesbian child manages to slip through the cracks of the GNC net, there is another GNC back up net to catch them as teenagers if they dare to come out or worse are caught being homosexuals with other homosexuals! The back up GNC net can and does extend into adulthood. Because the mere act of falling in love or lusting after someone of the same sex does not conform with NORMAL (heterosexual) IDEAS of gender!

Gay and lesbian children who conform to typical homosexual behaviour as small children/middle children and teens are NORMAL! NORMAL HOMOSEXUAL CHILDREN! I realize transgender agendist may have stolen gay and lesbian narratives but that doesnt mean it is too late to take our homosexual narratives back from greedy hands. It also does not mean WE (HOMOSEXUAL adults) suddenly became homosexual when we reached a certain age or passed a homosexual driving test!

WE know OUR homosexual feelings as children and it is up to US to protect homosexual children today who are being either transitioned or fucking erased via the Gender Non Conforming label/consequences! 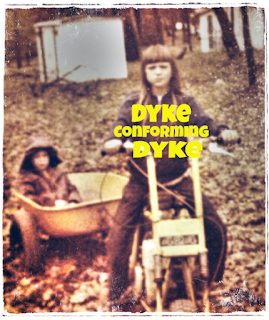 Gender Non Conforming is an insult to homosexuals (children and adult)! WE ARE NORMAL! What we are NOT is heterosexual!