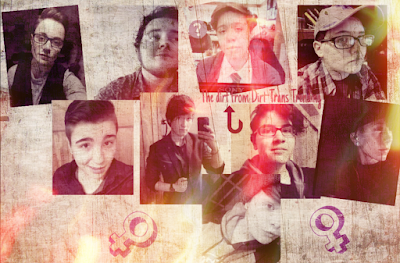 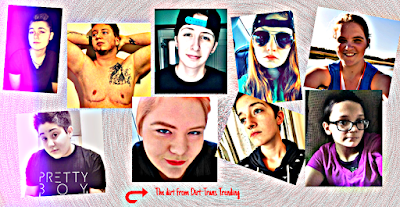 Since I've been a tad remiss with documenting Who is Transitioning posts due to other endeavors, I've doubled up in this post.

I've recently received these unpublished comments on an older post which reveals some of the simplistic Gender Straight Jacketed thinking coming from Trans Trenders:

The commenter is so ensnared within constructed social roles, she tries to pit a trans female's maleness (which she as a biological woman doesnt possess) hierarchically (she's more of a MAN than you) over mine (which I as a biological woman do not-nor would I want to-possess). She clearly has no understanding or knowledge of lesbians or how lesbians function inside/outside patriarchy as different kinds of women.

She doesnt bother to read-pause-comprehend the post she commented on, anymore than bothering to look (even skim) other posts (there are numerous along with comments) to realize I'm married to Dr A.

In short, the commenter's remarks are a blueprint for ALL lesbian (and hetero female) transitions. Transition falsely promises (along with trans females themselves) strength, fearlessness, power, virility and all around success. Instead, trans female fears are magnified, paranoia swirls throughout familial/social/employment situations, despite growing muscle they lack power and an uncomfortable dramatic increase in their sex drive alters sexual attraction, reason and all former morals.

NO trans female is MORE of a man than I am, because we're ALL women. But only ONE of us has the strength, the courage and the power to live proudly as one.