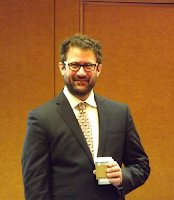 gay male Todd Savage was behind garnering Mock for their keynote speaker. Like men in general, gay men too get behind each other. 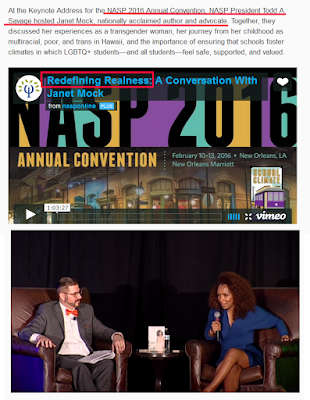 I'll begin unpacking these issues by first looking at Mock's academic and professional credentials for school psychology. Lets look at his resume via Linkedin : 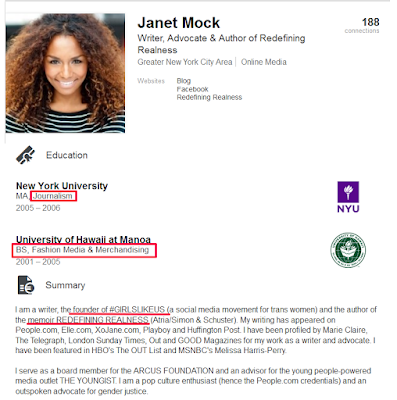 In plain english, Mock has ZERO credentials pertaining to school psychology and little pertaining to much else, so why would NASP choose him as their keynote speaker? Could it be that NASP wanted to center on (selling) transgenderism in schools and was so hard up they reached out to a mere pedestrian solely because he's trans? Was there no leading well known transgender school psychologists who was successful and spoke well?

Why yes there was and he also happened to be at NASP 2016 conference AND even presented a handout there: John McDonald aka Jill Davidson. Lets give a look at John/Jill's Linkedin: 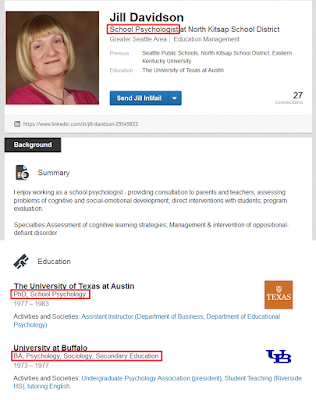 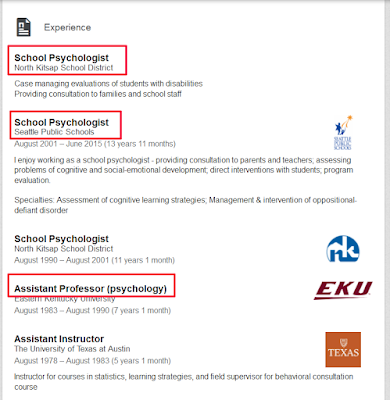 NASP is clearly trying to sell transgenderism to school psychologists and needed the right narrative and package with which to do so. This is both frightening (Mock's homosexual narrative is the narrative of millions of gay/lesbian youths) and sexist (Mock wears woman better (woman as fuckable OBJECT per the male gaze) than John/Jill).

Janet Mock's story is the story of many gay men everywhere and forever: preferred toys/clothes more associated with girls, preferred girls to boys as playmates and was so effeminate his own father questioned him at age eight if he was gay. That narrative, the queenie gay boy narrative has been used by psychologists/sexologists for nearly two centuries to brand homosexual males as deviant/abnormal and sick per the same Diagnostic Standards NASP used to help school officials ferret out homosexuals in schools and is now being used once again to identify, pressure and push homosexuals into transition! 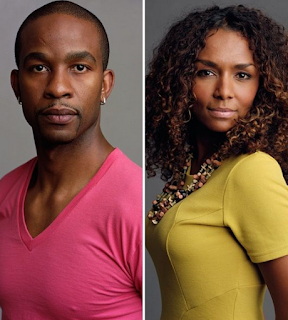 And MOCK, a flamer faggot who cannot see past his own self hatred and pathological internalized homophobia is lending his HOMOSEXUAL narrative (a narrative shared by millions) and his natural gay effeminacy to ensure school psychologists are identifying the problem (obvious gay/lesbian youths) and assigning them as transgender ASAP.

While John/Jill is clearly more qualified to have been the keynote speaker on transgenderism, his narrative doesnt fit and frankly and I mean this with no disrespect toward John/Jill, he isnt attractive, he doesnt pass and he isnt effeminate. 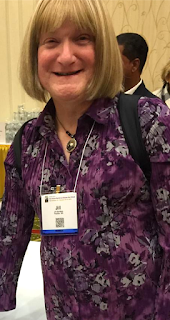 John/Jill is the classic masculine married with children secret cross dressing autogynephile who comes out late in life as transgender in order to up the masturbatory highs that waxed and waned after middle age. Outside of getting turned on from wearing women's clothing, John/Jill was/is a regular dude and all the faux estrogen in the world isnt going to change that. NASP couldnt use John/Jill to sell their transgender children product to school psychologists because even if they could lie about the contents of their product, they couldnt change the unattractive packaging!!! Psychologist's skills are routinely used by advertising agencies on how to better market products to the public, NASP simply kept their skills in-house this time.

How better to sell a product even if its shit? Wrap it in something the general public will find pleasing to the eye. If we dont look too close at Mock, notice his faggoty gestures or listen too close to his faggy nuanced voice-like RuPaul in drag-he passes. Psychologists can feel assured they arent conversioning gay/lesbian youth and rest assure parents they can REDEFINE their gay or lesbian child through transition without them looking like freaks.