It has come to my attention that Smith (an all women's school) College dorms (houses) have "verbally expressed" students declare their "preferred" pronouns posted outside their rooms. Pronoun proclamations outside rooms in all houses are conveniently both "mandatory" and without written documentation from Smith officials or in ANY Smith policies.

A little about Smith from their webpage:

Is Smith still a women’s college?

Yes. Smith College’s mission—to educate women of promise for lives of distinction—remains unchanged. The board’s decision reaffirms this mission in light of society’s evolving understanding of female identity. (Think about that for a second, a university whose claim to fame is providing a higher education for women, yet cannot understand nor separate science and social constructs-particularly constructs whose sole aim is advancing misogyny).

Are trans women eligible for admission to Smith?

Applicants who were assigned BORN male at birth but identify as women are eligible for admission. (Any male so long as they call themselves "women" are accepted at Smith.)

Are trans men eligible for admission?

Smith does not accept applications from men. Those assigned BORN  female at birth but who now identify as male are not eligible for admission. (Meaning any trans female regardless of where she is in her transition, so long as she says she is a SHE on her application, Smith will accept her. Once accepted at Smith, she can freely change her name/pronouns and continue with her transition and studies.)

Under this newly clarified policy, what is required of applicants to be considered for admission?

Smith’s policy is one of self-identification. To be considered for admission, applicants must select ‘female’ on the Common Application.

Are applicants who identify as genderqueer or gender non-binary eligible for admission?

Our focus on women’s education means that we consider for admission applicants who identify as women and who seek entrance into a community dedicated to women’s education. (Butch lesbians, dykes, tomboys or any female that doesnt conform to the Gender Straight Jacket isnt welcome at Smith. Because these young women are female, call themselves female, Smith cannot exclude them on paper. But clearly from this question and Smith's answer of it, it is obvious women who challenge gender norms and buck the system are not welcome at Smith.)

What is the impact of this decision on students who transition during their time at Smith?

The admission policy does not affect students who transition during their time at Smith. Once admitted, every student has the full support of the college and this includes transmen. And any student who completes the college’s graduation requirements will be awarded a Smith degree and welcomed into the Alumnae Association of Smith College.

Not so coincidentally the current Smith president Kathleen McCartney, is a member/supporter/believer and peddler of the American Psychological Association and the American Psychological Society. McCartney's psycho/logical influences have clearly blinded her, putting instead the dis/ease of a few choice males and dykes over that of 3,000 young women per year. Young women who worked their rear ends off to earn a Smith scholarship or whose parents paid through the nose ($65,000 a year) so that housemates, curricula, teachers and general Smith school life would be fully geared to and toward females. Giving young women a four year respite from the misogyny and sexism awaiting them beyond Smith's womb, while also preparing them to withstand and defeat long held sexist standards once they leave.

Smith's website surmises: "Were Sophia Smith to revisit Northampton, she would no doubt find her vision realized, as students at her college prepare themselves for exemplary lives of service and leadership."

Sophia Smith's vision for women's education at Smith is not only NOT realised, it has had its pretty head pulled back by the hair revealing its nude neck and had its throat cut! When Smith women are bullied, intimidated and forced by Smith leaders/policy makers to declare what should be the obvious such as this: 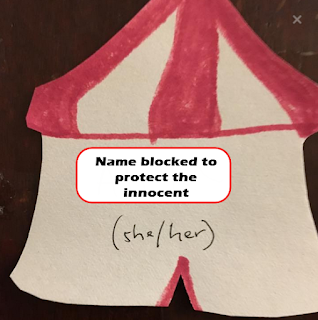 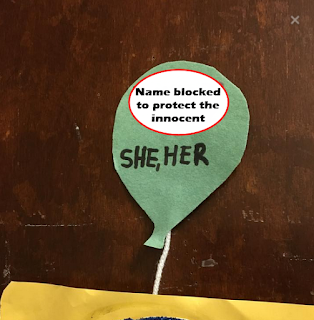 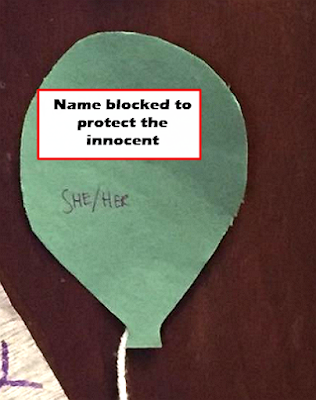 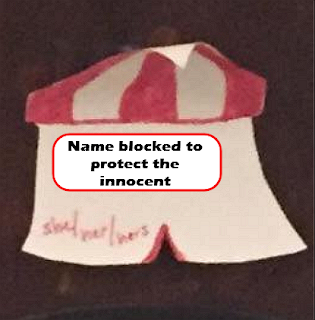 ...the dream once held by Sophia Smith is as dead as SHE!

Edit to add-If any other brave Smithies want their forced pronoun pictures added here-email them to me at Thedirtfromdirt@yahoo.com. WOMEN MATTER!