What does 27 long term studies on the effects of synthetic testosterone on males tell us about the life threatening dangers of "T" on trans females?

The Public Citizen recently petitioned the FDA to put black box warning labels on testosterone products "based on growing evidence of the risks of heart attacks and other cardiovascular dangers from many individual randomized studies going back as far as 2010 and a recently published overall analysis (meta-analysis) of 27 studies going back as far as 20 years. Although 13 of these studies, funded by the drug industry, collectively showed no increased risk, the 14 studies not funded by the industry collectively showed a highly significant increased cardiovascular risk."

"Despite all of these studies, the FDA stated on Jan. 31 that it “has not concluded that FDA-approved testosterone treatment increases the risk of stroke, heart attack, or death.”
“In the face of this accumulating evidence, this statement is reckless and is a betrayal of the FDA’s role as an agency in the U.S. Public Health Service,” said Dr. Sidney Wolfe, founder and senior adviser of Public Citizen’s Health Research Group. “It is quite clear that testosterone treatment increases the risks of cardiovascular diseases, including heart attacks.”

More from the studies: 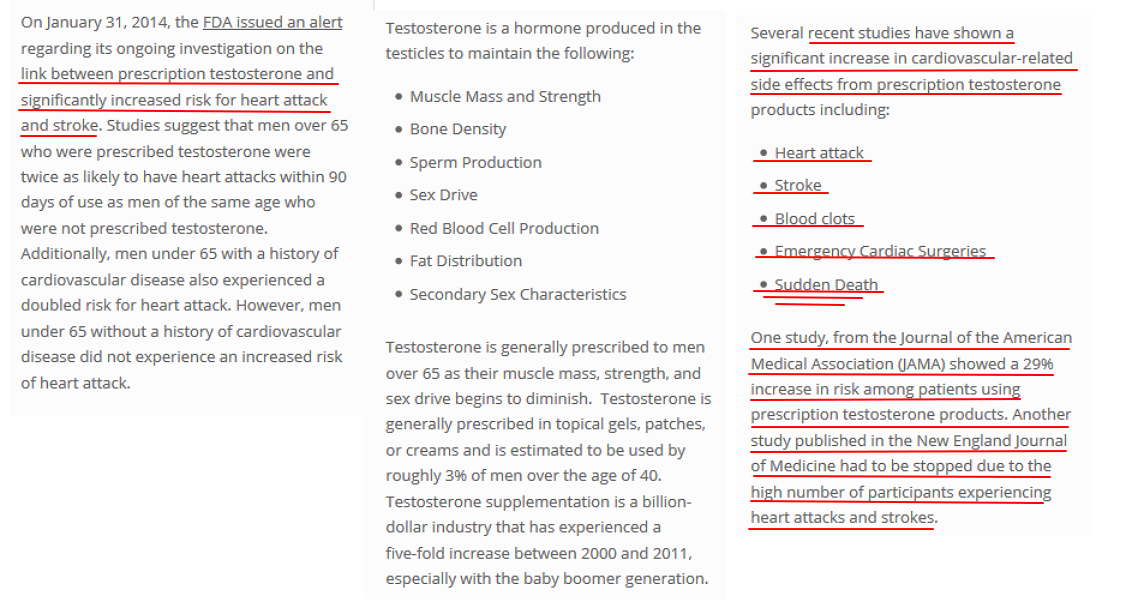 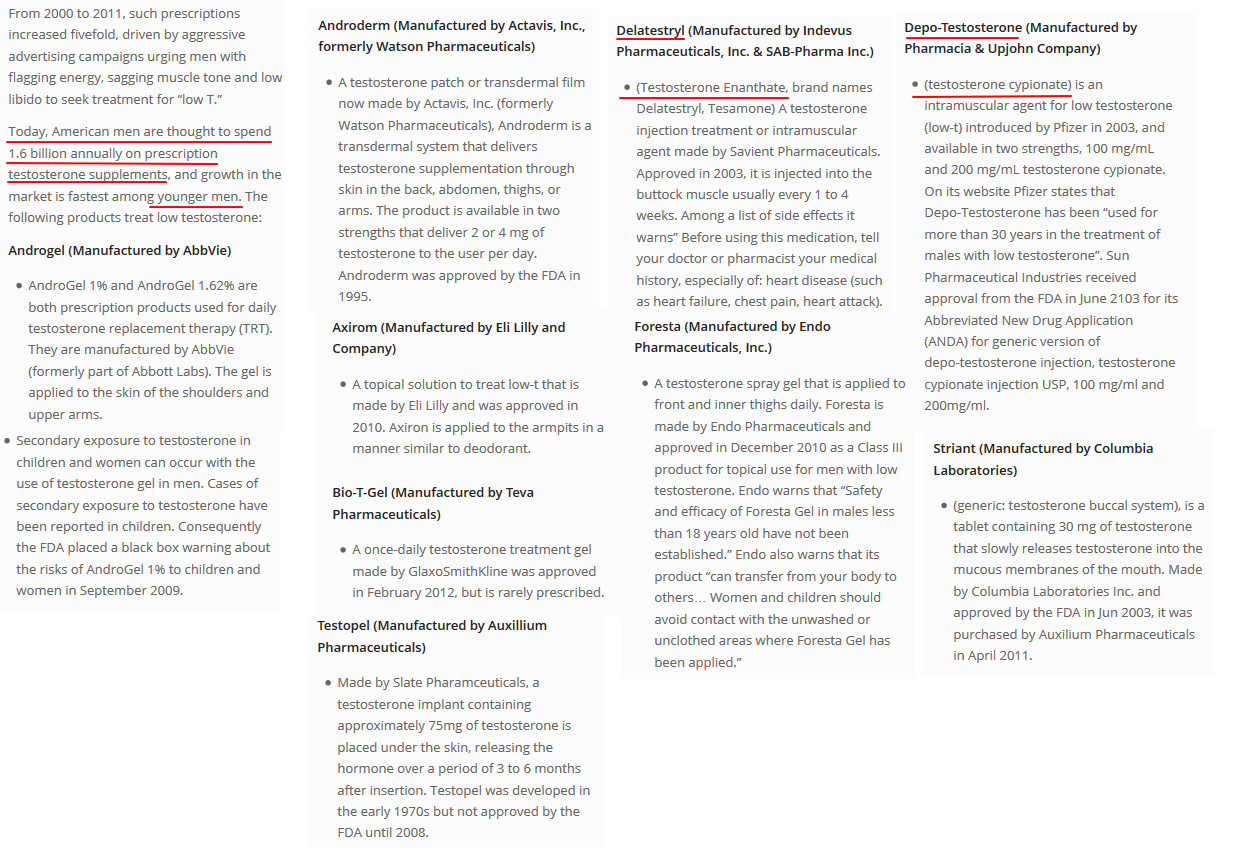 So what exactly does all this mean for transitioning females? We dont know, because clearly trans females arent being studied in the long or short term. But if low doses of synthetic hormones given to a portion of the male population who naturally produce this hormone in large quantities are having "cardiac events?" Can we not surmise then that HIGH doses of this synthetic hormone given to a portion of the female population who make small amounts naturally have the serious potential to produce cardiac (and other) UN-natural events?