The Dangers of a Passive Femme 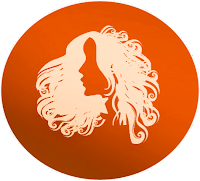 Let me preface this post with this: If you are a Butch and the Femme you are dating doesnt actively take an interest in touching you beyond your clothes, sports bra, boxers or BC, then the person you are dating is NOT a lesbian.

I was recently asked from a reader about my feelings on "Femmes assuming a passive sexual role during sex with Butches." And by passive she didnt meant in a playful role playing kinda way, but either presuming all Butches have no sexual needs/desires (voiced or not) to be touched and/or a horror in touching Butch female bodies sexually. I briefly answered her, but told her I would expound on that answer with a public post.

Undoubtedly if your are an adult Femme you have encountered a Butch or two or three or...along the way whom has suffered from some degree of sexual/female shame. Equally without doubt, some of those Femmes erring on the side of caution have unwittingly harmed both the Butch partner whose feelings they were trying to protect and the healthy relationship they were trying to forge. Femmes new to Butch/Femme relationships and even some Femme veterans of them, whenever intimate expectations werent met and the relationship failed, Femmes often feel (in my best Ricky Ricardo imitation) "Lucy, WOT HOPPEND?"

What happens is the emotional intimacy born out of sexual intimacy within a potentially loving relationship is still born from singular sided sexual relations. And the lesbianism between a Butch lesbian and Femme lesbian empties into a dark cavern of nothingness.

Simply put, most Butches are going to protest to being touched sexually by a Femme no matter how bad they desire it. On the plus side, most Butches after feeling closer to a Femme will allow their Femme lover to make love to them. Sadly other Butches may suffer from female shame to such an extent they will recoil from a Femme's sexual touch and run from any possibility of a healthy intimate relationship, usually into the sterile bed of a straight woman in effort to deny their own womanhood.

But when Femmes do not reach beneath a Butch shirt or boxers seeking the lesbian connection both Butches and Femmes crave, its a rare Butch thats going to ask her to. And that touch both establishes and symbolizes the lesbian that Femmes are, and which is so often invisible in Femme make up. And that Femme touch when used in just the right way gives a Butch great pleasure while reassuring her this Femme hand or tongue cannot and will not UNbutch her.

This may seem to put undue pressure and responsibility onto a Femme, but until society is stripped from the Gender Straight Jacket, Butch lesbians will continue to develop female shame that requires Butch maturity AND a strong Femme hand to soothe.