FTM Testosterone and the Clitoris

This was a recent comment/question from a trans female who clearly found out too late how testosterone poisoning can negatively affect the female brain/body. 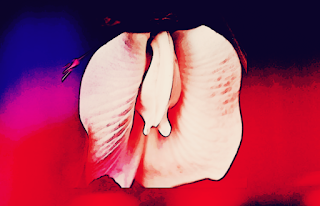 There is a common adjective often associated with sex between lesbians, RAW! Raw isnt merely indicative of the deep levels of emotional intimacy lesbian lovers reach, but RAW in the physical CLITORAL sense lesbians experience! Unlike the heterosexual PIV (penis in vagina) standard maintained by males of female partners, where clitoral love making is stripped down to mere foreplay or worse, outright ignored, the clitoris IS a primary focus in sex between lesbians.

One thing sex between lesbians teaches right out of the gate, is just how RAW and vulnerable an excited, engorged clitoris is. An aroused, exposed (from the hood) clitoris may very well be the most sensitive thing on the damn planet! And in an aroused exposed state, the clitoris can handle brief moments of direct contact before that contact turns from insane pleasure to sharp pangs of pain.

The female body having evolutionized to a greater degree than the male body at this juncture in time, our sexual organs are nicely and neatly tucked away. Females being responsible for the creation of life itself, our bodies need to be smarter and safer ensuring another generation will be born and man/woman-kind will continue. I could go on here but for the purpose of this post I've said enough, I will save the genius of female anatomy for another day.

Except unlike the exposure from sexual arousal, testosterone keeps the clitoris in an aroused, exposed state. That constant exposure can and does dry and dull the clitoris, which in turn lessens the length of the female orgasm and lowers its intensity. The exposed clitoris has to basically build up a tolerance in order to exist in her new testosteroned state. This dullness can also occur in women who use vibrators too often, clitoral sensation is lessened, dulling or making orgasm difficult or sometimes impossible.

Testosterone's poisoning clitoral effects will vary from female to female, some woman's clitoris' continue to remain within the body keeping them safe, they may retain good clitoral sensitivity. However their clitoral sensitivity may still be dulled from seeking constant sexual relief through masturbation/vibrators etc. This may also lend to the reasons why so many trans females who pre testosterone poisoning were never (or had little) interest in vaginal sex and post testosterone poisoning, become largely/only interested in vaginal sex.