“Stand up for what you believe in even if you are standing alone” wrote Sophie Scholl, a member of anti Nazi group the White Rose. 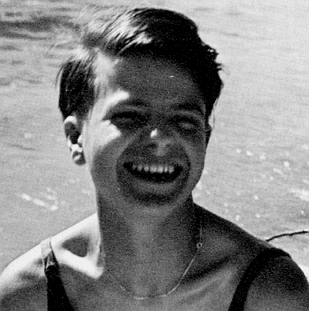 When Sophie Scholl was 12, she was required to join the Nazi school girl youth program The League of German Girls. At first excited, the young Sophie quickly tasted the the fascist flavour flowing through the group and her excitement quickly turned to criticism.

Sophie finished school in 1940 and hoped to go on to university, but a prerequisite for university was six months in the auxiliary war service. It was here where Sophie profoundly processed the war machine that was National Socialism, she also achieved what she needed to go on to university. In 1942 Sophie enrolled in the University of Munich where she joined her older brother Hans. It was here where Sophie became aware of her brother's anti Nazi activities. Hans and a few of his trusted friends created the pacifist group, the White Rose, which Sophie proudly and fearlessly joined. 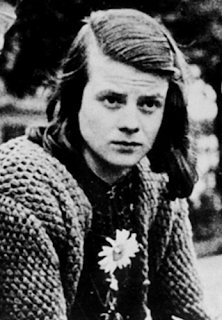 They were a small group with very lofty aims, to write/print and distribute large sums of anti Nazi/Hitler leaflets and place them strategically. Their hope was that they would reach others who felt as they did, and whom might follow their brave example feeding the fires of truth rather than the fires of Hitler's Hell. Sophie Scholl was aware that the risks she and her cohorts were taking in speaking and spreading truth in the face of the brutal Nazi machine could mean death, she wrote regardless that an "end in terror is preferable to terror without end".

Sophie Scholl and the other White Rose members were unfortunately caught after printing and distributing six leaflets, all were tried and beheaded for high treason. Sophie was only 21 years old, but walked to her death with head high. Shortly after her death a copy of the White Rose's last anti Nazi leaflet was smuggled out of Germany and into Allied hands. The Allied Forces shortly after reprinted millions of copies of this White Rose leaflet and dropped them all over Germany. 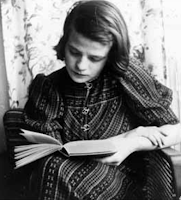 Sophia Scholl did woman different and despite her young age, she understood the problem of silence in the face of mass madness:

“The real damage is done by those millions who want to 'survive.' The honest men who just want to be left in peace. Those who don’t want their little lives disturbed by anything bigger than themselves. Those with no sides and no causes. Those who won’t take measure of their own strength, for fear of antagonizing their own weakness. Those who don’t like to make waves—or enemies. Those for whom freedom, honour, truth, and principles are only literature. Those who live small, mate small, die small. It’s the reductionist approach to life: if you keep it small, you’ll keep it under control. If you don’t make any noise, the bogeyman won’t find you. But it’s all an illusion, because they die too, those people who roll up their spirits into tiny little balls so as to be safe. Safe?! From what? Life is always on the edge of death; narrow streets lead to the same place as wide avenues, and a little candle burns itself out just like a flaming torch does. I choose my own way to burn.”