Susan aka Buck Angel and the Violence Against Women


In continuing with my Violence Against Het Women series of posts and how Het female transition is informed by that violence, I received this picture of a young Susan Lee, whom most would know as the trans female pornography victim Buck Angel. 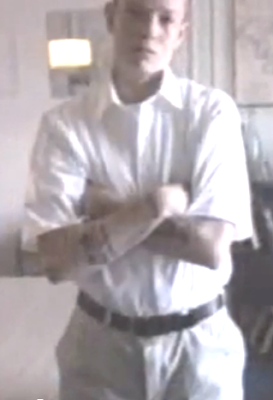 This picture comes from a 1993 music video called Cursed Female by Porno for Pyros (a sign of things to come for her obviously). Clearly this image of Susan predates her use of steroids and later testosterone and steroid use combined. While a video, yes, I think it safe to assume Susan is not merely just playing an insecure young woman uncomfortable (ashamed?) with herself, this video reflects Susan's own self hatred. From the clothes that are clearly wearing her, to her trying to cover her breast ashamedly. Something we see frequently from today's Trans Trenders in similar garb. Garb that isnt worn simply for comfort and fit, but garb that in the mind of the wearer is worn to reflect gender. In Susan's case, a male gender. When clothing is sported for the purpose of gender deception, the malaise of the person becomes magnified, as we see in the above picture. This malaise (a woman in male clothing) can also point, if not outright lead one, to the road to transition. A road that has been paved by far too many female victims of sexual violence, just as Susan has been.

This picture of Susan, which seems to be a later picture of when she was modeling: 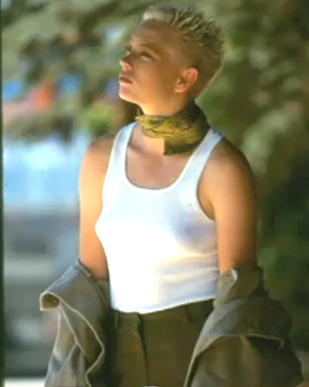 I dont know how long Susan modeled or whether she had any great success at it. But it is through modeling that Susan first sold herself (for a price). Her prostituting herself via modeling didnt nearly have the debasing quality she so desperately desired. That came later, post transition. It was there Susan played straight into her current role as a Het female victim of pornography for profit. One thing for sure, if we picture her without the make up, without the model clothes and pose, there once existed a sad lonely damaged woman who deserved much more than to have been turned into this: 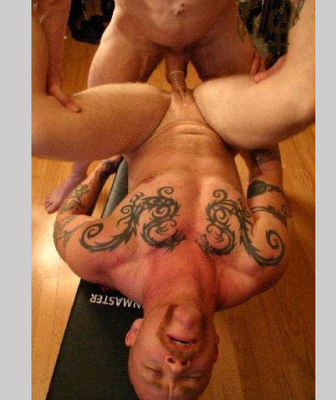 This is Susan today, unrecognizable as Susan, but clearly still very much a Het woman. A woman lost, a woman in pain and a woman who epitomizes the story so many Het females of sexual abuse wind up living. What Susan and her community of self haters would have you believe though is that Buck is well adjusted now. No longer using drugs and alcohol to ease/erase her wounded STRAIGHTBIAN soul, but out, proud and not afraid to explore her sexuality and make a nice buck for doing so. But there is a HUGE difference between what she portrays and what Susan is and knows she is. Addicted to testosterone and steroids instead of coke/heroin/booze isnt exactly the same as being drug free and healthy any more than having her pussy violated by men for money is possessing a healthy sexuality.

Statistically most females who wind up in pornography were victims of some form/forms of sexual abuse. Pornography is a way to punish the Het female body that let them down, rather than punish their abuser (Het females fear their own agency). Pornography is the TOTAL externalization of the internalization of the sexual violence done to the Het female victim! Susan isnt special because she is trans, she is merely another STRAIGHTBIAN victim of sex abuse; what separates her from other female victims of sexual abuse is her utilizing transition and pornography to apply further sexual abuse to her body.