The trans community is infamous for its cloak and dagger politics, especially the cloaking. The most pedestrian of studies, regardless of how unscientific, shoddy, poorly written or use of cherry picked subjects in numbers so small you could count them on both hands, if pro-trans, are shouted about from the rooftops from every major and minor trans group/sites across the globe. But the most exhaustive first person trans regret accounts made by those who realized their/the male medical machines mistakes are given the cold shoulder by a community that no longer embraces them, their stories buried or worse, they are out right attacked. For a community so "sure" about transition, why after decades is there still no room for trans critique/trans discussion, especially from those who've been there?? 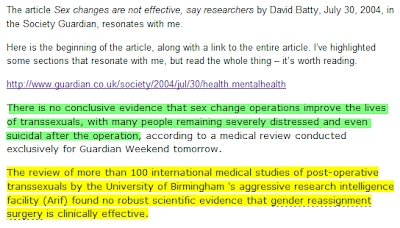 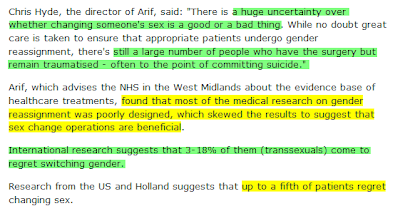 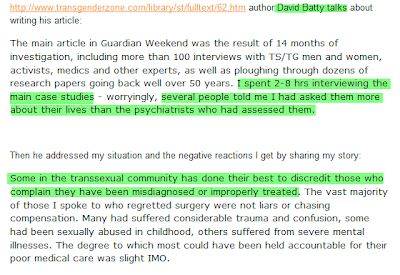 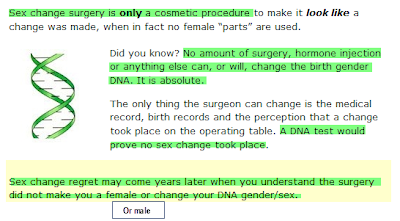 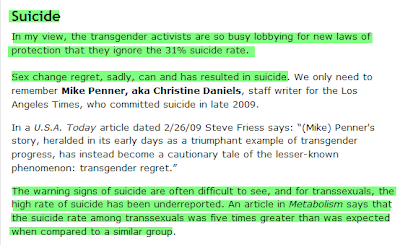 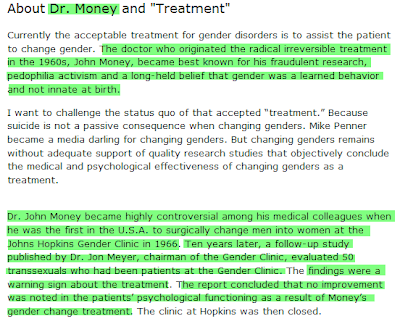 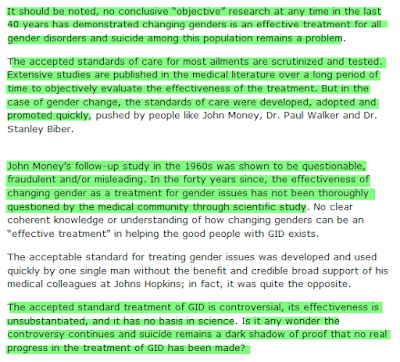 This bears repeating "GID is controversial, its effectiveness is unsubstantiated, and it has no basis in science"!