This Weekend's Who is Transitioning 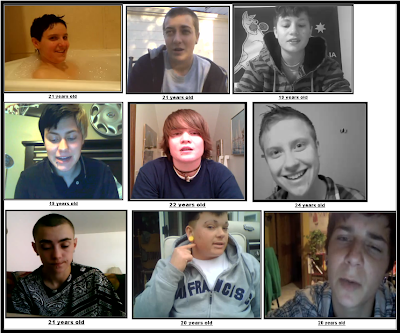 All the females pictured here are in various states of "transition", from pre-op/pre-T to post op/post T. All are also under the age of 25, therefore none of their prefrontal lobes were fully formed when they decided they were "trans". Prefrontal lobes are responsible for decision making, "It is believed that at least some of the human abilities to feel guilt or remorse, and to interpret reality, lie in the prefrontal cortex".

There are no studies or studies in the works that measure how such a powerful hormone such as testosterone will affect the immature still growing brains of females who take "T".

Email ThisBlogThis!Share to TwitterShare to FacebookShare to Pinterest
Labels: Prefrontal cortex, who is transitioning