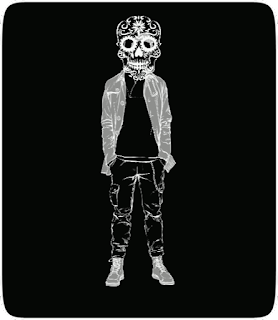 But how can Butch lesbians exemplify Butch when even within Butch/Femme spaces many remain ignorant of the tried and true blue Butch? When we have andro dykes, and softball dykes and dykey dykes now IDing as Butch because they believe it to be a default ID since they do not fit the general prescribed male gazed IDEA of woman!

So what then exactly is a Butch??? She is a natural occurrence, first and foremost. She came into the world a tiny baby Butch creature, as butch can ONLY be created within our mother's gifted wombs. As man has desperately tried to distance himself from nature's superiority, so man has generated artifice where he has found himself lacking.

Since it is nature who decided Butch, we should remember that Descartes much touted Cogito ergo sum need NOT apply here! I could call/ID myself the second coming of Christ and have copious amounts of whores drying my wet feet with their hair, but I still aint no Jesus! Yet this is exactly what we have filling up our Butch/Femme communities everywhere!

In the same way and for the very same reason the lesbian community has found itself steeped in the occupancy of bisexual women, STRAIGHTBIAN women and trans males, so to the Butch/Femme community has been with the straw Jesus and Marys. Play nice girls, be good girls, accept, tolerate, consent, share, even it is to our own sweet demise.

To be honest I dont blame these straw butches, I blame misogyny and a skewed male gaze of women which together equals Butch invisibility. The real Butch is very much a visible invisible. And by that I mean when one generally thinks of dyke/lesbian they most often think of the "mannish" dyke/lesbian. There exist a visual idea in society's (the lesbian community as well) minds eye of who she is and what she's after. Yet in reality, the Butch, because of her visible butchness and society's ignorant belief that butchness equals masculinity, Butches easily "pass" as male rather than the sex she is, rendering her invisible to society and often times even to her lesbian peers.

This Butch "passing" is partly due to attire deemed boy/man combined with society's casual eye, but more specifically it is due to Butch bodies. Yes the female body can be (and sometimes is) Butch. While Butch often times is described in terms of "masculine energy", and thats not to say there isnt a decided difference between masculine and feminine energies, there exist also a distinct and distinguishable Butch physical presence, build and gait. The Butches ability to easily "pass" has much more to do with her Butch body/mannerisms than it has to do with what she is wearing. Even as little girls young Butches stand out in girl attire.

Does butchness dictate the Butch's sexual attraction? No and yes. Butchness in and of itself does not prescribe sexual attraction. But the Butch of which this is truly written, does. The Butch's romantic and sexual attractions are primordial and powerfully tied to Butch/Femme pairings. At first glance it may seem to some the Butch/Femme pairings to be nothing more than hetero mimicry because of a visual assumed masculine and feminine similarity. But NEVER forget both parties here are WOMEN and there isnt anything within this very special, very delicate lesbian Butch/Femme union that resembles MALE/female bonds.

In closing it isnt until the Butch has a modicum of visibility in which to solidify her soma reflecting her Butch image to all, Butches will continue to be appropriated by the unknowing.