Bisexuals and their BLATANT homophobia and lezbophobia 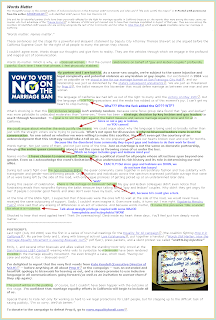 As a Butch lesbian who has regularly frequented lesbian chatrooms, forums and online communities since the beginning of this century I have witnessed first hand some extremely STRAIGHT privilege co-opting of gay and lesbian culture coupled with some serious vociferous misogynistic lezbophobia. But I must say THIS is right up there with the worst of it!

Bisexual invisibility? Wha? Perhaps if statistically bisexuals didnt cease IDing as bisexual after five years and resume IDing as their natural hetero state they might be able to put together amovement with which to change their so called "invisibility"! And by "they" I am speaking predominantly of hetero females.

If you were ever in doubt about the logistics of bisexual as a sexual orientation, the fact that women are the primary IDers of bisexuality pretty much nails the coffin shut in favour of bisexuality as a "choice" and NOT a nature! If still in doubt add to that that unlike heteroism and gay and lesbianism, bisexuals will wind up in a number of years IDing as gay/lesbian or straight, you dont see too many 90 y/o bi's!

The second reason some straight women choose bisexuality is an attempt to recoup the loss of maternal intimacy. This loss can be because of the actual loss of the mother in the literal sense(death/leaving), but more often it is the violent disruption from patriarchal conditioning that forces all young females to choose the father over the mother during childhood development. Thereby guaranteeing a continued divide between women which ensures that patriarchy remains in power.

Regardless of why a person (female) chooses the temporary bisexual label all roads lead to that label's tie to men/patriarchy. The same men, the same patriachal regimes that have kicked to death feminine gay men, that have raped butch lesbians, that continue to deny gays and lesbians basic human rights.

As a lesbian, a Butch lesbian, it would literally be suicidal to support a lifestyle choice (bisexuality) regardless of its cancerous attachment to the G/L community, that remains so entrenched in patriarchy and misogyny. And posts this coming from that "bi-community" certainly clinch it for me!