Propagating the species, or the naked truth about the Heterosexual Human animal. Het females biologically are designed to want want want babies and Het males are biologically designed to want want want to have sex/orgasm, which until very recent times was the sole requirement in baby making. Seven and a half billion people strong one would think, like wisdom teeth, Humans would have evolutionalized past sex sex sex and babies babies babies. Unfortunately for our over populated planet Earth that is not the case.

Yes dear reader I can hear you thinking loudly Dirt, where the hell is this going? It goes to explain further core diametrical difference between STRAIGHTBIANS and us-Homo females. For example lets take a gander at a few recent issues of Het women's mags/site vs Lesbian ones. Het women's first: 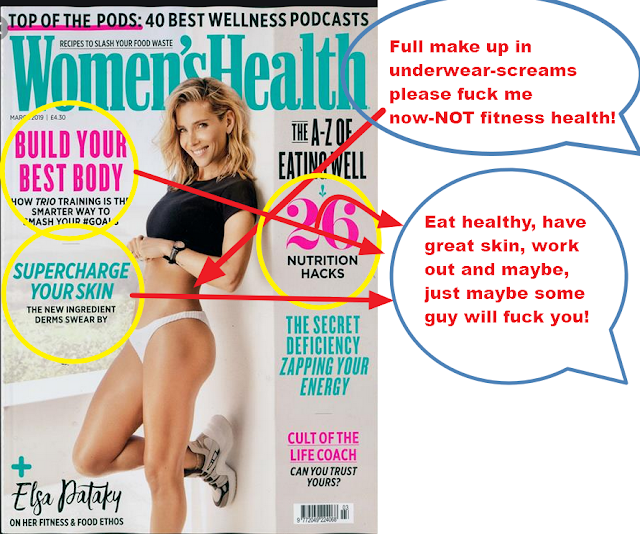 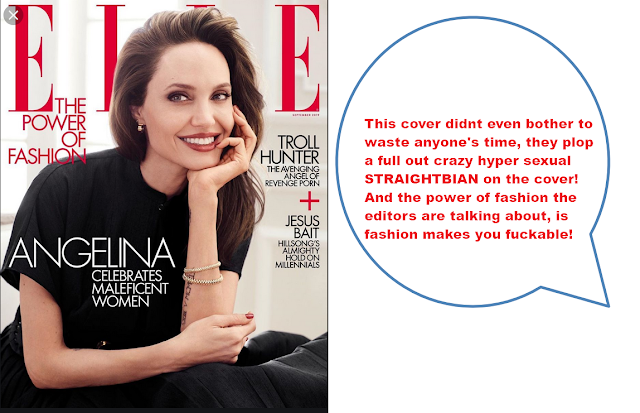 What runs through/underlines the pages of these women's rags and those like them be it past, present and future is Hetero female's biological procreative drives and the many many lies/disguises used to fulfill them. 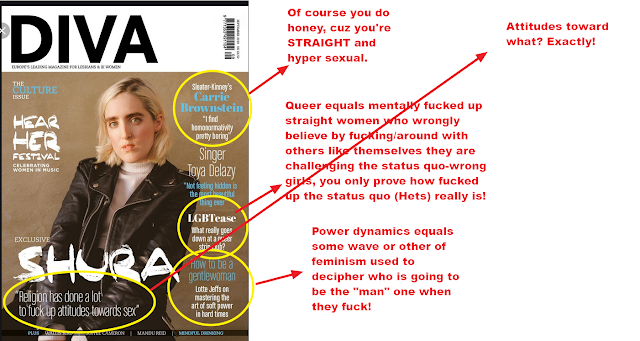 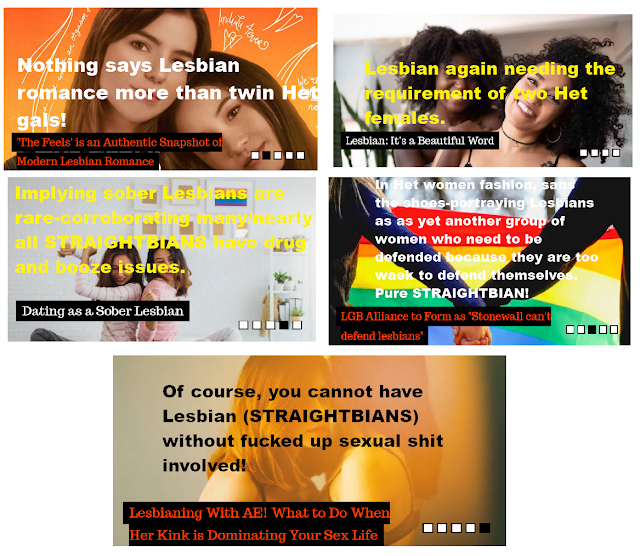 Lesbian i.e. STRAIGHTBIAN mag/rags/articles are merely Hetero women's mags/rags/articles with a large sticky sweet slice of mental disturbance/illness or just plain crazy on the side; but regardless, SEX is the dominant feature/interest. Meaning, you can take the Hetero woman out (drive out of via abuse/weakness/fear) of Heterosexual relationships, but you cannot take Hetero biology out of Het women.

If a Lesbian or Lesbian source's primary focus involves SEX, be it
You can be certain you are dealing with, or your reading source is a damaged Hetero female-NOT a Biological Homo Female (BHF).

Nope, not a BLT (bacon/lettuce/tomato).

Not a BLH (bad lesbian haircut). 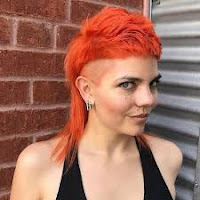 Not a VHS (video home system). 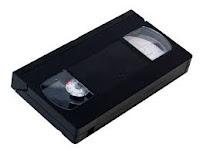 Not a UHF (ultra high frequency). 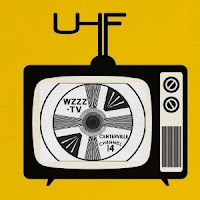