Time For Another Pop Quiz: Logic 101 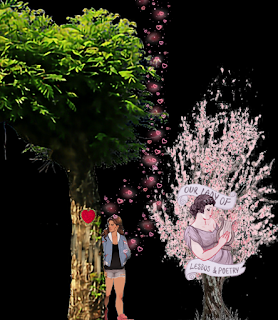 Regarding the widespread myth that the only criteria for any female to “magically become a Lesbian” is to have sex with another female, let’s take a quick quiz to test the “logic” of this ridiculous (yet shockingly prevalent) theory:

1). If you have sex with a male, do you magically become a male?

2). If you have sex with someone of another race, do you magically become that race?

3). If you have sex with someone of another nationality, do you magically become that nationality?

4). If you have sex with someone who is (fill-in-the-blank: short, tall, young, old,  middle-aged, fat, thin, athletic, clumsy, disabled, non-disabled, etc.), do you magically become that attribute?

5). If you are a perverted, sicko, disgusting freak, and have sex with a sheep, do you magically become a sheep?

As anyone with an IQ higher than fruitcake will quickly ascertain, the CORRECT answer to ALL of the above questions is a definitive “NO”.

Now, let’s do one last question to test the “logic” of our central question:

6). If you have sex with another female, do you magically “become a Lesbian”?

And the answer to #6 is another quite hearty “NO”!

Think about it. Seriously, really THINK about it.

Forget all of the ridiculous radfem rhetoric you have read that supposedly “empowers” women (by encouraging them to be something that they are not — which is not actually very “empowering” after all, now is it?).

Seriously, just forget it all, forget all of the complete nonsense ever perpetuated about “Lesbians”, forget it, if even for just a moment, and please just THINK. THINK. THINK.

Can you really change your innate orientation? Can you really become something you are not?
The answer is “NO”. Nobody can. Not me, not you, not anybody. We are what we are; and wherever we go, there we are.

But please don’t call yourself “Lesbian” unless you are, in fact, AN ACTUAL LESBIAN.

I have learned the hard way that appealing to any inherent sense of logic, decency, or fairness is a completely lost cause with Straightbians. Straightbians’ deep-seated pathology, their entitled privilege, their barely-under-the-surface desperation, their narcissistic egocentrism, always trumps any sort of ethical principles.

So, Straightbians, don’t do the right thing for me, nor for any other Lesbians, since you obviously don’t give a crap about us (if you did, you wouldn’t be appropriating our lives with your lies) — no, instead, tell the truth for yourself:

Here’s the thing: If you are a straight female who is claiming to be a “Lesbian”, you are not being brave, nor radical, nor feminist: instead, you are a coward and a liar. You can never be your true self by denying the truth about yourself. Straightbian lives are a fragile house of cards, build on the flimsy foundation of an outright lie that they are “Lesbians”. Telling the truth about who you really are is the first step of rebuilding a life based on authenticity rather than unethical lies. It’s way past time for Straightbians of all varieties to stop using “Lesbian” as a shield, as a camouflage, as a costume, as a suit of armor, as a money-maker, as an attention-grabber, as a ticket to internet fame, and as a vehicle for your anger.