How do you defend a Sexual Harasser? Just ask Dr Judith Butler

In lieu of a full post at this time (I WILL be posting one), I did none the less want to address a smidge of the absolute nutfuckery going on in academia, particularly Judith Butler's leap before she looked defense of NYU's queer (and by queer I mean strange) prof Avital Ronell. 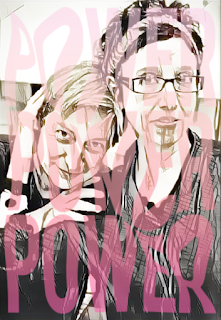 In May of this year Judith Butler sent a letter to NYU president and provost, which she had already previously solicited for signatures to hundreds of academics around the globe regarding a sexual harassment case (that at this point unbeknownst to Butler her buddy Avital Ronell had been found guilty).


We write as long-term colleagues of Professor Avital Ronell who has been under investigation by the Title IX offices at New York University.  Although we have no access to the confidential dossier (who needs access to pesky facts when we have prof Ronell's less than sound mind and flamboyant character as validation)
we have all worked for many years in close proximity to Professor Ronell and accumulated collectively years of experience to support our view of her capacity as teacher and a scholar, but also as someone who has served as Chair of both the Departments of German and Comparative Literature at New York University.  We have all seen her relationship with students,


When I was a graduate student in the NYU German department, both she and ********* tormented students, postdocs, and staff with their narcissistic personality disorders, their choleric fits, and yes, their sexual harassment.

and some of us know the individual who has waged this malicious campaign against her.  We wish to communicate first in the clearest terms our profound an enduring admiration for Professor Ronell whose mentorship of students


I now need to tell her I  love her, meet her on weekends for ‘fun’ and  am completely dispossessed of anything that is (or was) my life...

has been no less than remarkable over many years. We deplore the damage that this legal proceeding causes her, and seek to register in clear terms our objection to any judgment against her.  We hold that the allegations against her do not constitute actual evidence,


Hi my darling Nimrod, I am a bit weepy and confused, a normal  aftermath I suppose, and also a response to the sepa ration from you ...  But I will try to gain some ground with a visit to shrinky - winky and see if I can’t develop another kind of report for you! ...So many kisses for my guardian angel.

but rather support the view that malicious intention has animated and sustained this legal nightmare.

As you know, Professor Ronell has changed the course of German Studies, Comparative Literature, and the field of philosophy and literature over the years of her teaching, writing, and service.

She is responsible for building the field of literary studies at New York University, but also throughout Europe as a result of her brilliant scholarship and spirit of intellectual generosity.


... I forgot to tell you how much and how deeply and how  importantly and how eternally how seriously I love you ... I loved our  time together today. It was beautiful, it was gorgeous. It was a  blessing. You ’ re a blessing. And I want  to affirm it and celebrate it and  you and tell you how much you mean to me, how fortunate I feel. ...

Her students now teach at leading research institutions in the US, France, and Germany, and her intellectual influence is felt


My most adored one, dear Nimrod, ... When for instance you said the  other day that you felt that we spoke enough, or even a lot, on the  phone, the incommensurateness of my demand began to dawn on me,  and I thought I realized that you were asking that I dial it down. Very  reasonably. ... There was a time when you said I had limitless calling  privileges (a lovely fantasy for me, part of internal dream machine,  which I thought I had translated and kept moderate). ...

throughout the humanities, including media and technology studies, feminist theory, and comparative literary study.   There is arguably no more important figure in literary studies at New York University than Avital Ronell whose intellectual power


Loving you downtown and all around the town!

and fierce commitment to students


My sweet delight, dear Nimrod,  ... I miss you strongly! ... I will hold  you close to my heart silently, as I once did, and just listen to your  intimate rhythm, heart, heart, your breathing, heart, heart. I liked  when you would drift off and I could lose myself in your soft breathing.  I'm no t sure you remember, because, well, you had drifted off. I asked  for those moments to last forever! ...

and colleagues has established her as an exemplary intellectual and mentor throughout the academy.  As you know, she is the Jacques Derrida Chair of Philosophy


Ronell began an affair with Derrida’s son Pierre while she was staying with the family for the Christmas holidays in 1979, when she was 27 and Pierre was 16. They moved in together the following year (after Pierre's graduation from high school)

at the European Graduate School and she was recently given the award of Chevalier of Arts and Letters by the French government.
We testify to the grace,

and the intellectual commitment of Professor Ronell

and ask that she be accorded the dignity rightly deserved by someone of her international standing and reputation.

If she were to be terminated or relieved of her duties, the injustice would be widely recognized and opposed.  The ensuing loss for the humanities, for New York University, and for intellectual life


did you find your  phallus?

during these times would be no less than enormous and would rightly invite widespread and intense public scrutiny.   We ask that you approach this material with a clear understanding of the long history of her thoughtful and successive mentorship,


My dearest Nimrod, ... I am deeply sorry when I fail at distance, at  least sometimes (but not always) and that I suffer your absence with  such inelegance. I hope you can continue to have and hold compassion  and not feel a downturn in our tremendous closeness at all times, ... I  simply wanted to talk to you. You had told me that we would do so  quite a lot: I didn’t realize this was  something very hard for me to  calibrate and assimilate: ...

the singular brilliance of this intellectual, the international reputation she has rightly earned as a stellar scholar in her field,


...didn’t mean to sound desperate. If you need space it’s OK, just tell Me what’s right for you. I can’t figure it out without your help and Insight and prompts!

her enduring commitments to the university, and the illuminated world she has brought to your campus where colleagues and students thrive in her company and under her guidance.


You look gorgeous; Couldn't keep my eyes off you!

She deserves a fair hearing, one that expresses respect, dignity, and human solicitude in addition to our enduring admiration."


Ronell was found by NYU to have physically and verbally sexually harassed Reitman over a sustained period of time.