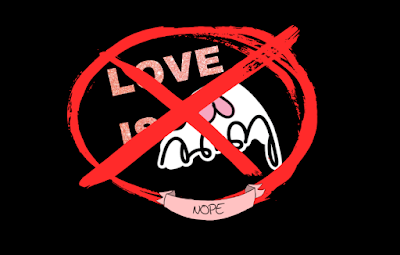 1) In ALL Lesbian teens Heterosexual Dysphoria increases to varying degrees resulting from fears developed during puberty.

2) In ALL Lesbian teens, the development of breasts/hips hasten greater Het Dysphoria due to Lesbian teens fearing physical changes that (feel like they will) align us more with Heterosexual females.

3) In ALL Lesbian teens, because puberty Heterosexually signifies the beginning of adult (Het) relationships (marriage/children/family), Lesbian teens feel angst when family/friends/adult figures presume they will follow into Heterosexual roles.

4) In ALL Lesbian teens, physiological changes from periods heighten Heterosexual Dysphoria, doubling #1. Intellectually feeling/KNOWING this should NOT be happening to us. We strongly suspect these feelings are due to Lesbian evolution being incomplete. Lesbian brains have evolved beyond Heterosexual female procreation, but Lesbian bodies are still functioning to procreate. The many problems Lesbians have with their cycles (including not menstruating) are indicative of our evolution toward complete Lesbian evolution. This is not simply the feeling of I dont like having a period or periods are a nuisance, it is a complete mental disconnect/at odds-ness with periods.

5) In ALL Lesbian teens, unlike Heterosexual teens (who become boy/girl crazy), Lesbian teen intellects/emotions are not hijacked via procreative impulses.

6) In ALL Lesbian teens, due to the unshared procreative drive/coupling by Heterosexual teens (teens Girl concerns change focus/priorities from school/college etc to that of clothes/make up/beauty/friends/boys/Proms/sex/birth control/relationships); Lesbian teens experience feelings of difference and alienation pointing them instead toward academics/sports/college goals/future jobs etc. Depending on the feelings of alienation, some Lesbian teens will experiment with drugs/alcohol as an escape from constant Heterosexuality.

9) In ALL Lesbian teens, Lesbian teens begin realizing our Lesbianism isnt accepted, nor understood by family/society (including Liberals). Procreation (SEX) being the near be all and end all of Hets (for Het females its babies/Het males its sex-both leading to species propagation); attraction being only a minute aspect of Lesbianism, as it becomes obvious to families of Lesbian teens that they are Lesbians, families react in a range from grief [regardless of current changes in law] (I'll never walk her down the aisle or I'll never have grandchildren) to mild acceptance (I dont know why you wouldnt want a boyfriend but I love you anyways or love is love) to hate and disgust (no daughter of mine is going to be a pervert or you will go to hell or what will the neighbors thinks or get out of my house or I'll fucking kill you). In ALL cases, once a Lesbian teen is identified as Lesbian by family/friends, the human totality of each Lesbian is shrank to that of two females (Straight or Lesbian) having sex.

10) In ALL Lesbian teens, Lesbian teens begin to realise they are like vampires of a sort; Lesbians look out into the mirror of society and do not see (their reflection) their selves reflected back. Even today with so called Homosexual progress, a public/media Lesbian is either a) a STRAIGHTBIAN b) a watered down version of Lesbian (think Ellen) or c) a complete misrepresentation of Lesbian (think OITNB).