Since Trans Trending has reached unprecedented highs, this blog has minimized documenting who is transitioning and instead focused more on other issues erasing/troubling Lesbians past/present/future. When I first noticed the Trans Trend occurring among Lesbian identified females twenty plus years ago, and then began documenting that trend ten years ago, my initial aim was to correct the false assumptions that the lesbian community is losing all its butches. In more than two decades I still have yet to see a Butch Lesbian transition, but given how few of us there are at any given time and actually being Lesbians, with Lesbian brains/bodies/experiences it is not surprising we wouldnt entertain the notion of transition. Sadly, some Dykes have (do) fall/en prey to transition, but even in those cases it is rarely without a STRAIGHTBIAN's pressured suggestion.

In reexamining years of documented cases of female transition (with the help of Mrs Dirt-a process we are still actively working through) it has become clearer and clearer there are a great deal more STRAIGHTBIANS who transition than simply the odd Pat Califia, Susan Lee or James Darling, in fact THEY appear to be more the norm than the exception. While I have written spottily on sexually abused females who transition, I have yet to really focus on the numbers involved, their pathology or their Hetero/sexual orientation (which bears out in transition ie cross sex hormone use). That however is something that will be revealed/detailed soon, today I leave you with one such example of a STRAIGHTBIAN transitioning. Just like STRAIGHTBIAN types defined/documented here in post after post, there are types of STRAIGHTBIANS who transition, this girl is one such type. All major types will also be defined in a future post. 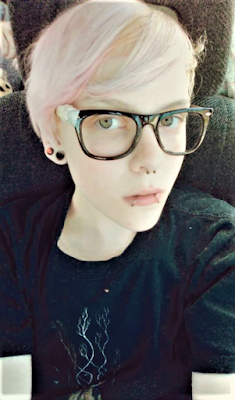 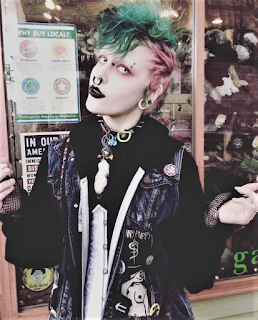 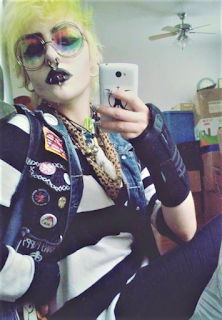 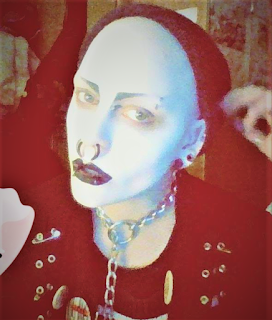 When STRAIGHTBIANS in this group fail to hide themselves from themselves behind body modification and make up, they seek transition to both hide behind as well as feel empowered through identifying with their abuser/s. They dont count on becoming more victimised by their own behaviours under the influence of testosterone.