Professional poker players are HYPER aware of each of their opponent's tells. Tells being minute near imperceptible clues that give away a player's hand. The more perceptive the poke player, the better able to read their opponent's bluffs or good hand. Tells serve different people, at different times, for different reasons, IF you know what you're looking for.

Like any prey species in nature, Homosexuals are born intact with intrinsic defenses to both protect ourselves from Homophobic Hets AND to successfully find each without getting killed. The Industrial Revolution/modern technology has unfortunately watered down our intrinsic Homosexual gifts. Obviously the work Mrs Dirt and I are doing aimed at helping Lesbians reinvigorate dulled Lesbian senses necessary for survival/partnering continue to stir STRAIGHTBIANS/Het women throughout the world wide web. 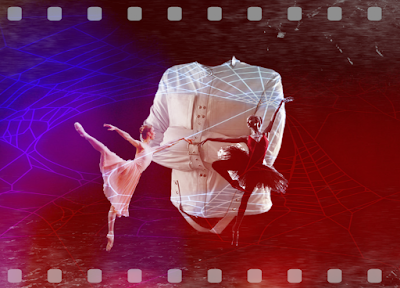 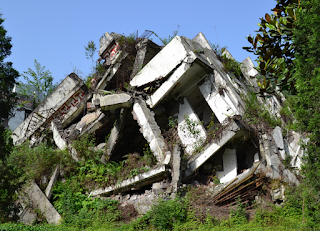 Below are more recent examples of STRAIGHTBIAN panic/STRAIGHTBIAN lies, clearly festering for sometime-but rather than simply contact Mrs Dirt or myself to resolve perceived issues, they blow up/over emote/manipulate situations that only occurred in their minds-these are all PRIME examples of Het female thinking/over emotionalism-(but remember Lesbians-Het female over emotionalism is THEIR brain's norm-so for them, it isnt over emotional-but it is to Lesbians)...In no particular order, just pay close attention to my comments within each frame, they will help make sense of the Hetsplaining: 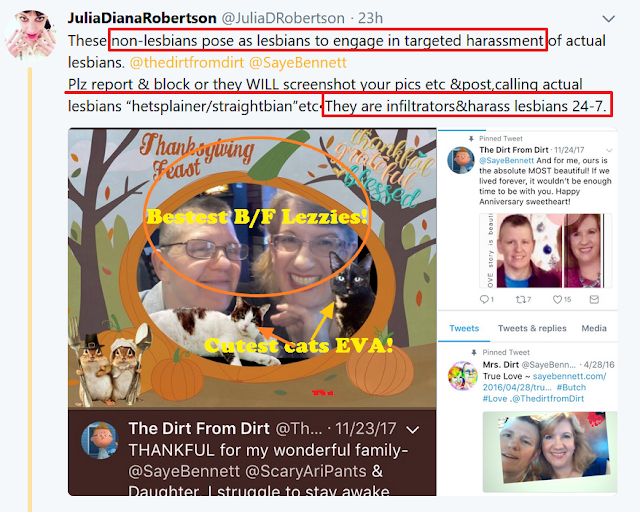 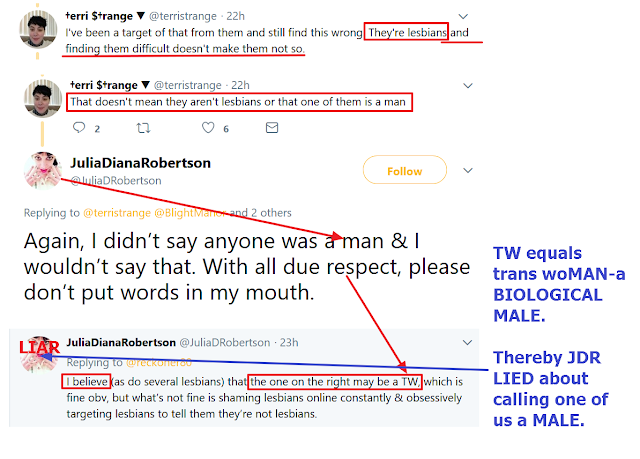 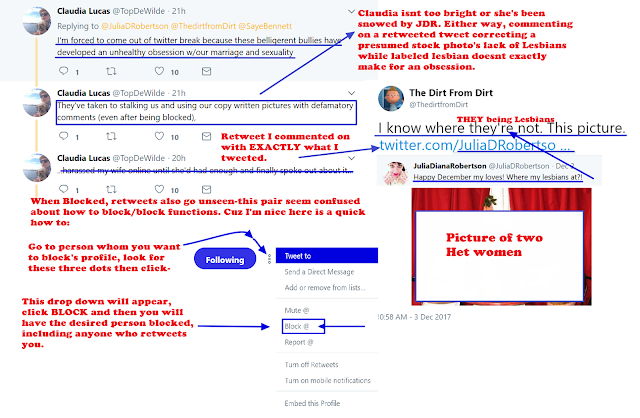 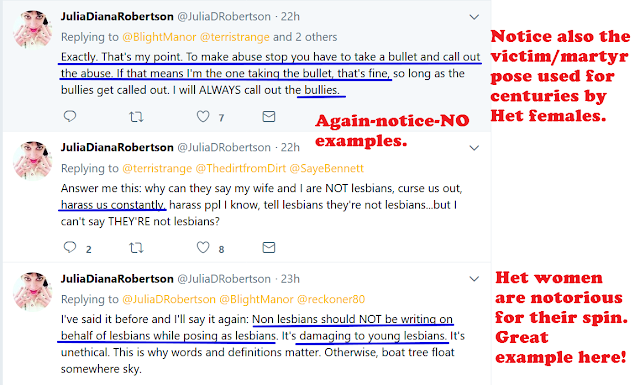 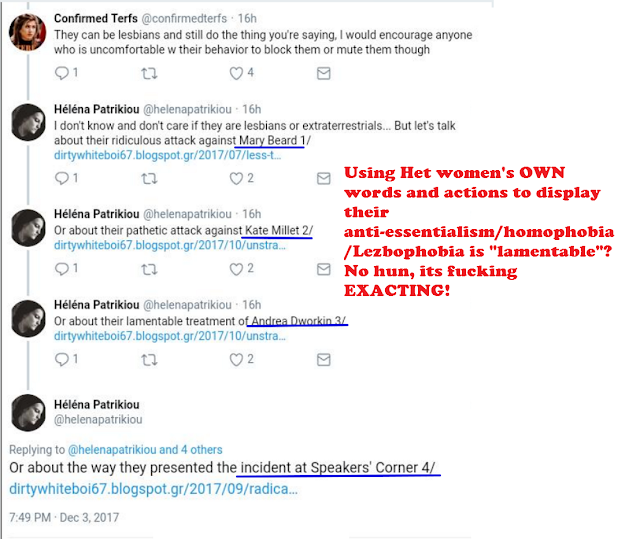 The behaviours above clearly arent Lesbian, (and they most certainly are not FEMINIST) by the very nature of the Lesbian brain, it would be IMPOSSIBLE for a Dyke to act this STRAIGHT even if she tried! Mean girl syndrome isnt a syndrome you will ever find a Lesbian participating in. Lesbians dont block/hide behind closed doors and bitch and moan about others, women or men. A Lesbian, even shy ones, will confront directly using clarity and intelligence. The shortest distance between two points after all IS a straight line!

Lesbian readers, where and when you see/experience situations with females who seem to flip out over seemingly nothing, who claim situations occurred that didnt exist, who dissect other females based on anything physical and whom start/participate with other females in junior high bitch sessions? You are dealing with a Het brained female-no matter what she's labeled herself!

Beware and be safe. STRAIGHTBIANS may have us out numbered, but our unique Lesbian biology is there to protect us. TRUST it!