Last up in this segment of our UnSTRAIGHTening Lesbian series is Radical Feminist theologian Mary Daly; who with Heterosexual privilege firmly in place, self identified as a "radical lesbian feminist". Using her Het privilege, Daly (unsuccessfully) tried to wrench Lesbian from its very foundation-biology, for her own sick, selfish and warped purposes. 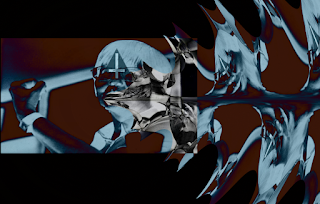 Daly was especially secretive about her parents/childhood outside of stating they were avowed Catholics. Given Daly's rabid foaming-at-the-mouth hatred of Men, coupled with her desperate worship of Radical Feminism, we feel it safe to say that sexual abuse dangled somewhere in her background. Daly being a more right brained Het female, sexual abuse would have warped her differently than we see in the general Het female population. Daly having a more rational Het female mind, channeled her pathology through her own religious philosophies/Radical Feminist ideologies.

Teaching was perhaps Daly's one true love and her main financial system of support, she taught at Boston College from 1967-1999. She wrote various works of non fiction, all circling around that which circled around Daly's mind; God/religion/Women/Radical Feminism and Patriarchy. Like prior RadFems discussed in this series, Daly was filled with a seething jealousy and hatred of males. A hatred so viscious, it seemed at times (in her writing for sure) to tip Daly off her fragile kilter.

Mary Daly wrote much of removing patriarchal "roles", yet was fired for not wanting to teach to male students in her class. Classes where she was tenured GOD and could seemingly enact whatever non-patriarchal atmosphere she so choose, she chose NOT to teach males and lost her position. What better controlled situation than your own personal classroom? A perfect chance each semester to test her RadFem theories, to treat her entire class as equals. To prove each and every time that if equal attention and opportunity were given to both males and females, female students would fare better if not superior to male students. Mary found out like most Feminist minded Het female teachers find out, biology isnt destiny, biology actually trumps destiny! Mary had to throw the baby out with the bathe water because no amount of scrubbing would ever remove the baby's DNA. Losing her job was the equivalent of an ostrich with its head in the sand.

Despite Mary-crazy-for-coco-puffs-Daly identifying as a Radical lesbian Feminist, Mary never held any romantic interests in any woman, Lesbian or otherwise, in fact Daly despised Lesbians-more on that shortly. First some general quotes (in no particular order from no particular works) from Daly just to give readers an idea of her mental cognisance: 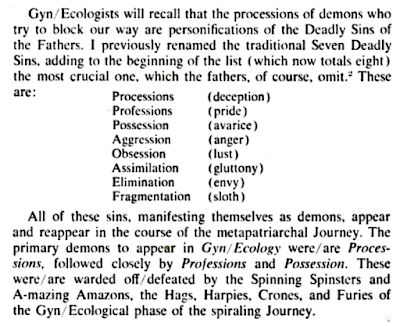 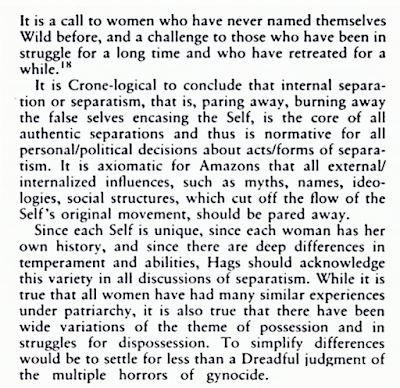 Daly hates collective man, the man in the pulpit and the man in the street, but it didnt stop her from piggy backing on the backs of patriarchy! Which honestly, Mrs Dirt and I could give two shits over, but robbing from Lesbians, the gloves are off on that!

What is a Lesbian according to Daly?

I PREFER Heterosexual females NOT to use Lesbian to describe themselves for ANY reason, but unlike them, as a Lesbian, Mrs Dirt nor I have the Het privileged LUXURY that Mary Daly/RadFems/STRAIGHTBIANS have! Oh and Mary hun, if you're listening from the great beyond, I dont "relate genitally to women", and I've never heard of any Lesbian who does. Frankly Mary? I dont even know what the fuck that means!

Moving on to another of mother Mary's Lesbian gems: 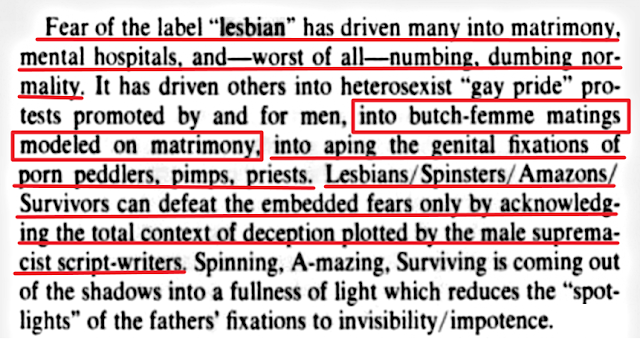 Mother Mary's Lesbians are WOMAN/WOMON/WOMYN IDENTIFIED and are FAR superior to us genital relaters: 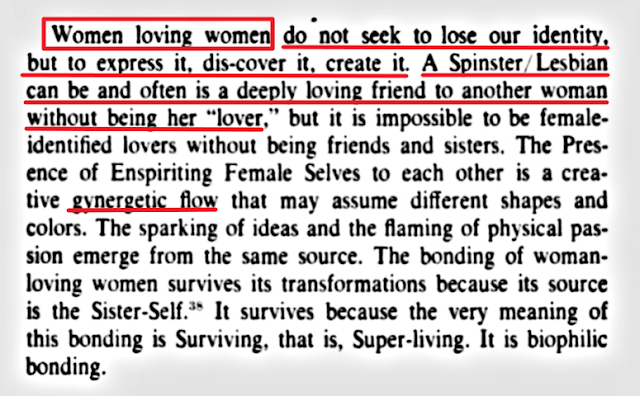 WITHOUT BEING HER "LOVER"...Mother Mary clearly has ithues around genital couplings, her Lesbian exists where it can be controlled best, the imagination:

Mary STEALS from Lesbians, but from other like minded STRAIGHTBIAN/RadFems (Sinister Wisdom), she borrows! Coincidentally Sinister Wisdom aka Spinster Stupidity is STILL trying to bilk Dykes out of our hard earned mulla. Lesbians, DO NOT DONATE A SLUG NICKEL OR A SLUG PERIOD TO THIS STRAIGHTBIAN ZINE! SW was/is ran by/produced by and only includes works by a long list of STRAIGHTBIANS!

Now back to our regularly scheduled post...Mary Daly's despicable sex obsessed loathing of Dykes extended well beyond the pale, right down into the heart of Homosexual equality: 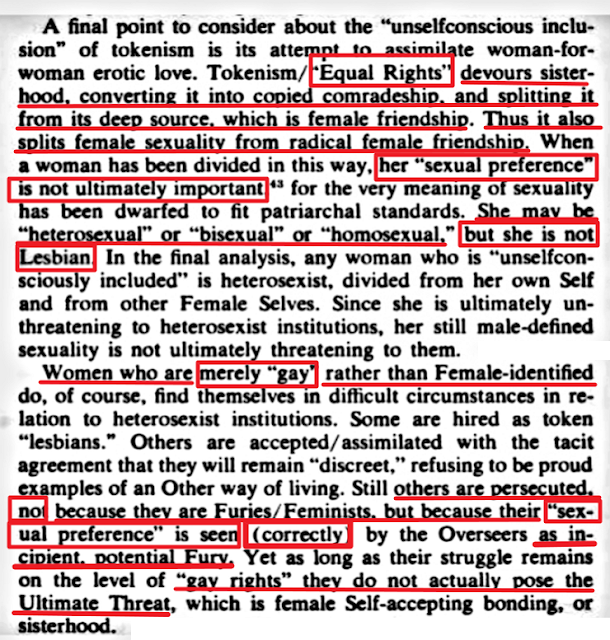 Mother Mary's narrow minded Lesbian ignorance lead her to think that Lesbian equality (Dykes fighting for our equal rights) would take "Lesbians" away from her man hating STRAIGHTBIAN separatist campaign, and Mary makes no bones about the hierarchy SHE assigns real Lesbian "merely gay".

Despite Mary Daly calling herself a Radical Lesbian Feminist, she wrote relatively little about Lesbian, the last thing we'll quote by her we quote in full, giving Lesbian readers the opportunity to feel some of the depth with which Mary Daly DESPISED Lesbians: 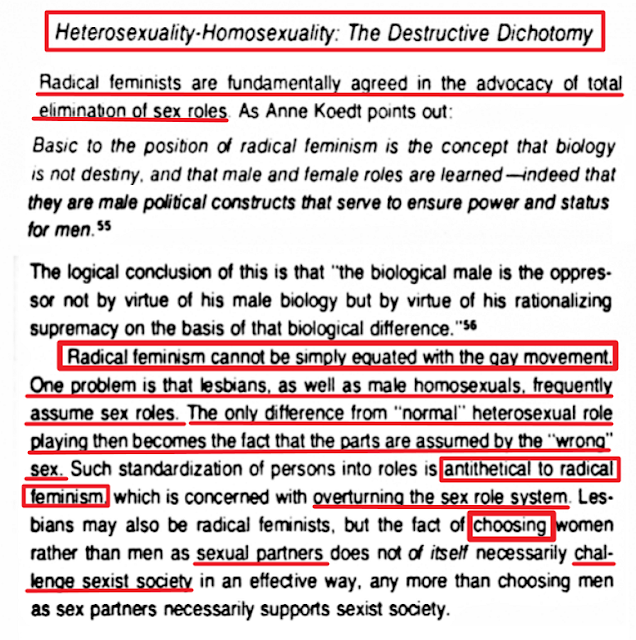 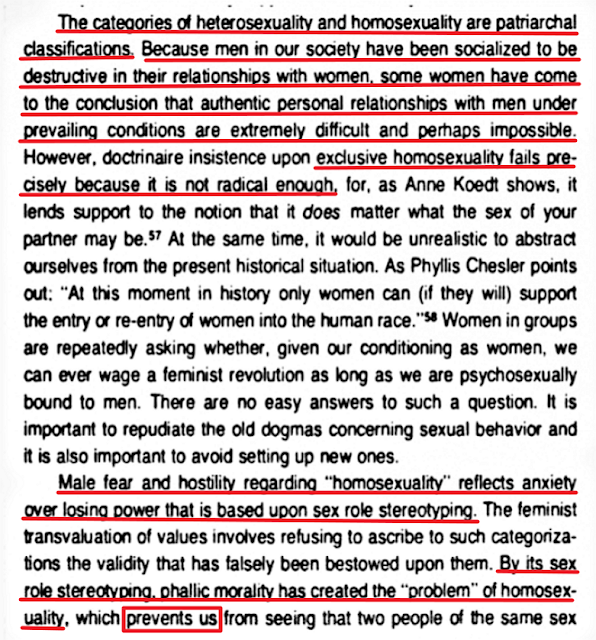 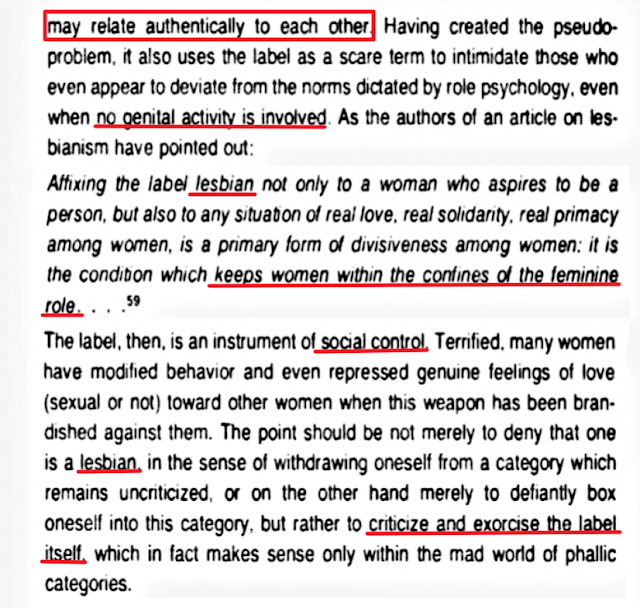 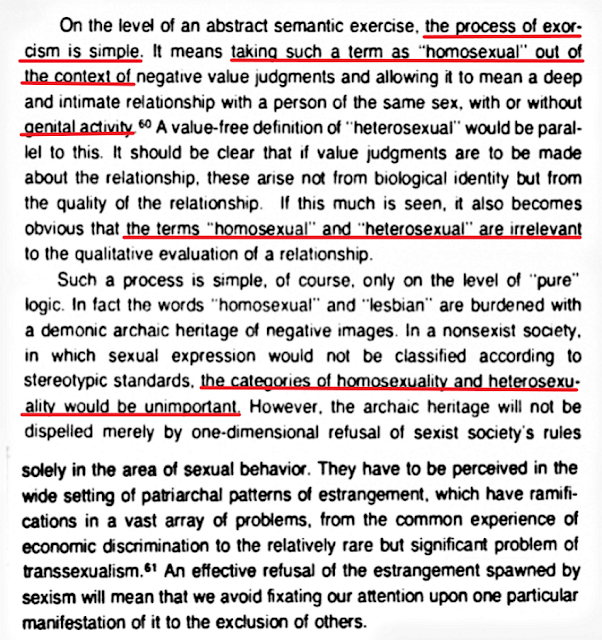 Mary Daly wasnt a man hating Lesbian, she was a man hating Heterosexual. And we wont argue that maybe (in fact we suspect totally) Mary had good reason to hate some men. But hating men, and choosing to channel your energies toward women doesnt make you a Dyke. Mary Daly went BEYOND that though, she chose to SHAME Lesbians who were not HER Lesbian, i.e. frigid spinster hags! Mary Daly even tried to SHAME Lesbians from seeking equal rights, especially the right to marry!

Hetsplaining Lesbian as we hope readers are beginning to see, has a HUGE long line of felons and while it is hopelessly impossible to unSTRAIGHTen every single one, we hope that by dissecting the worst criminal offenders, Lesbians will begin to better recognize offenders in their own personal lives.

We have received in comments several other requests for this series, please continue to give us names you feel should be unSTRAIGHTened from Lesbian for future posts!