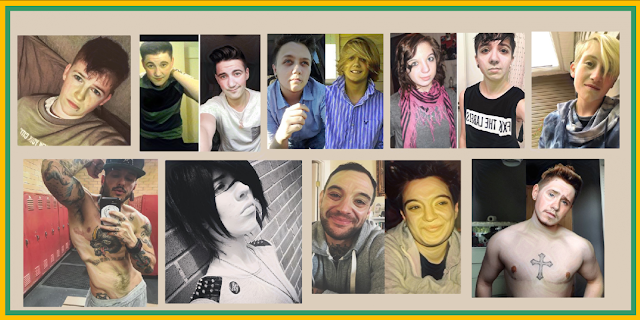 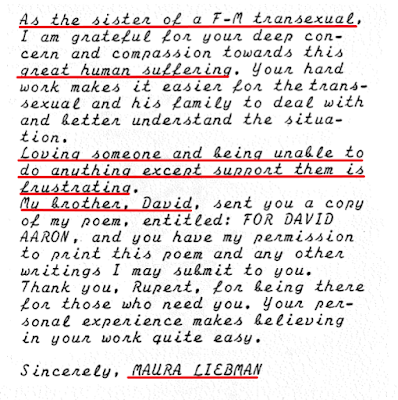 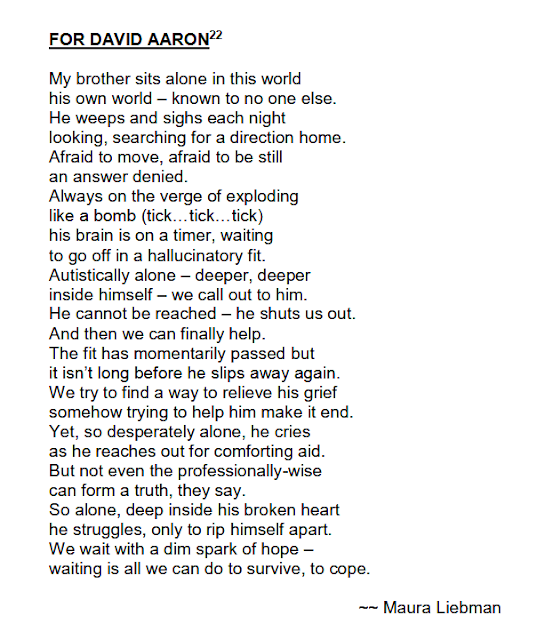 David writes in the same newsletter to the newsletter's editor Rupert Raj:

What became of 17 year old David Liebman? Did she find the comfortableness, happiness and spiritual joy she so desperately desired, and most certainly deserved, at the end of a needle filled with testosterone or a surgeon's scalpel? Is David living all her dreams somewhere with a husband or a wife, with children and a pet dog?

After a little digging, I found the answer to those questions in a recent Transgender anthology put together by the same Trans activist (Rupert Raj) who created Metamorphosis:

Looking further into the anthology, Rupert Raj confirms David's cause of death just a year and a half after she first contacted Rupert Raj in a poem Raj wrote: 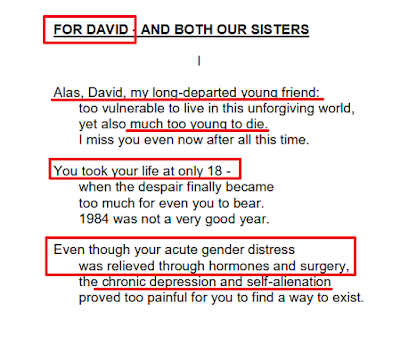 Stories like David Liebman's are tragically more the norm than the exception, and even where suicide is not outright accomplished, it is often tried or thought deeply about and not before transition begins, but after! Unfortunately because Transgender transition is based in covering/hiding whats real, the suicide attempts, suicides, depressions and health scares that go hand in hand with being Transgender go hidden as well. Unlike David Liebman who thanks to Rupert Raj and David's sister, a tiny tragic footprint remains of her, or rather the her buried with transition. Maura Lieman also wrote this poem for her sister David: 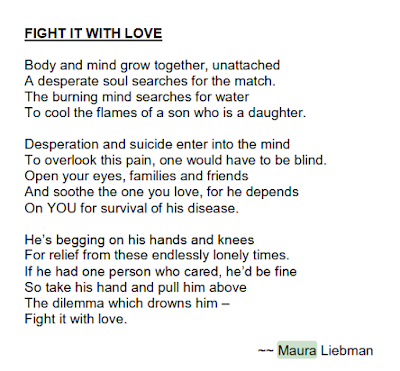