Self Hating Dykes and Why they Date STRAIGHTBIANS 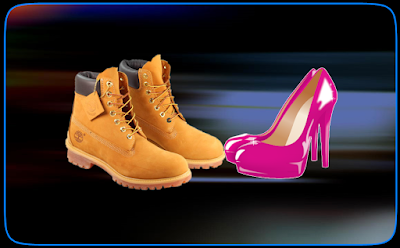 Mrs Dirt and I have written both individually about STRAIGHTBIANS and written jointly about them. We have written about the many dangers STRAIGHTBIANS pose for Lesbians and highlighted different categories of STRAIGHTBIAN Het Women might fall into. So to be fair, this post will discuss Lesbians who actively seek/date/partner with STRAIGHTBIANS, because after all, it takes two to Tango!

Dykes that seek out/prefer/demand a STRAIGHTBIAN, fortunately are NOT the rule of Dyke thumbs, BUT they do aid in harming directly/indirectly all Lesbians to a degree. What sort of Dyke would willingly want to date a Het Woman? Unfortunately due to the combo of growing up in a world that despises Homosexuals, lack of visible Lesbian role models of all Lesbian ranges and accurate Lesbian information, Lesbians that develop a preference for STRAIGHTBIANS isnt completely cut and dry.

That being said, despite all the difficulties in being a Dyke, why would a Dyke prefer a STRAIGHTBIAN over another Dyke?
On a personal level, I have known throughout my adult like various Dykes who date Straight. Dykes who have sought some kind of friendships with me, only to be taken aback when they found I did not share the Het male ideas (bear in mind most males do not share their ideas either) of females that they did. When I've encountered these Dykes who are looking for a Butch buddy of sorts, they have always been left disappointed I did nothing to further their Het fantasies of butch bonding.

Femme friends, including my wife have had similar experiences with the Lesbians discussed above. When telling me about a few particular Dykes Mrs Dirt had known personally, she even used the same word I had when describing h
er own failure to meet the Hetero expectations of said Dykes; disappointed!