Whats the Deal with Lesbians and Packing?

A reader wrote to me asking about my thoughts on Lesbians who Pack (and no she wasnt talking about for vacation!). Since this is something that occasionally is searched for on this blog, I figured it a good opportunity for me to address it. 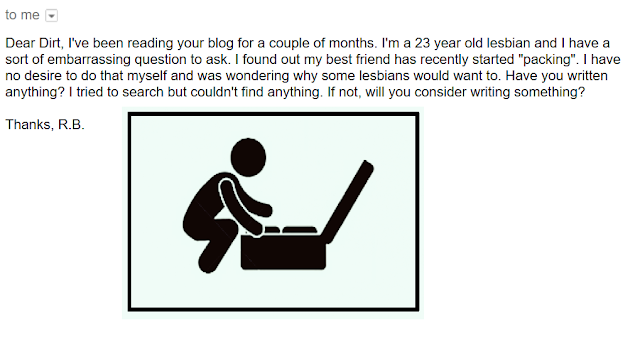 There are basically two types of Dykes that pack and one of them isnt Homosexual!

Type A Packer-Lesbians who pack almost always fall into the mid-range Dyke category. These Dykes have HUGE insecurity issues.
Bear in mind, a Dyke may suffer from one or all of these.

Type B Packer-Type B's are Heterosexual Women that claim they are Dykes.
Obviously this is not an in-depth post but it should give readers a very good starting point on why some Females pack.