Since Mrs Dirt and I have made a conscious effort to put ALL the blood and guts back into the near lifeless corpse that has become Lesbian and breathed new Lesbian breath into her collapsed Lesbian Lungs, STRAIGHTBIANS/RadFems/Feminists/Het Women and assorted Nutballs have taken personal offense with us. We are wrongfully and ignorantly accused of harming Lesbians, being a danger to Lesbians, not giving two shits about Lesbians, that we HATE Het Women and a barrage of other LIES.

Clearing up hundreds of years of Lesbian inaccuracies is no small feat and one that Mrs Dirt and I are committed to regardless of the time and work it takes. But within the time it takes, comes ever MORE inaccuracies and flat out LIES! This post highlights just one of the LIES! 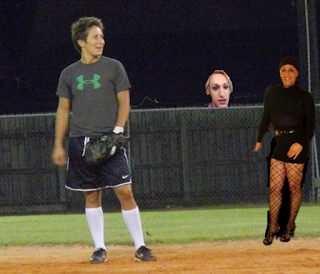 Mrs Dirt and I have both clarified numerous times to various Het feminist Women who have spread/spread/are trying to spread the falsity that Trans Males are pressuring and succeeding in getting into the drawers of Lesbians young and old. In doing so (clarifying the bullshit) we once again have come under fire. Apparently privileged Het Women know more about Dykes than Dykes! N O T!!!

One such example of an ignorant uneducated STRAIGHTBIAN/Het Woman is one who left several messages on a recent post, which were deleted, more to due with their quoting/linking a known Het Woman blogger who is not at all known for vetting/scrutinising her MANY guest posters or her own shoddy misinformed info/posts. Here is a snapshot of the resident 5th grader's comments that were removed:

Her proof that Dykes are being duped into dick is a (clearly mentally screwed Het Trans Female) who now and I fucking quote IDENTIFIES as lesbian! Oh WOW! Yeah Mrs Dirt and I are so convinced by this we too are feeling pressured to dick lick! N O T!!! 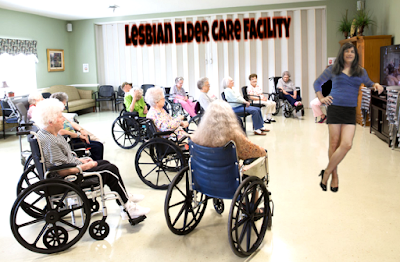 Miss I-flunked-out-of-elementary-school knows what she's talkin 'bout cuz she spoke to a man pretending to be a Lesbian on a Lesbian dating site where she (Het Woman) was pretending to be a Lesbian! She makes no mention of when this was, nor any mention of the man being Trans. Regardless, Mrs Dirt and I have NEVER said Males (trans or otherwise) havent tried snagging a Dyke, what we have said is, no Dyke is THAT fucking dumb to fall for it!

This comment by Miss STRAIGHTOTHENEXTDICK is her in vain attempt at proof she is a Lesbian by describing a litany of known STRAIGHTBIAN behaviours. Lesbian to her is about who you share your pussy with, not whats between your ears. Again, neither Mrs Dirt nor myself have ever said not diddling dick equals Dyke. Plenty O STRAIGHTBIANS have long term relationships with Women and Lesbians, but if you are N O T a Dyke in the womb, you are N O T a Dyke PERIOD!!!


Clearly Miss I-kissed-a-man-on-the-phone-and-I-liked-it, you thought wrong about me/this blog! If a Woman wrote to me for legitimate help (and many have), of course I would do what was in my power to help them. But this blog and its intentions have/are/and will ALWAYS remain for LESBIANS/ABOUT LESBIANS, not Het Females (regardless of their trans state).