I've written various posts touching on the subject of Lesbian discomfort with/in Heterosexual norms, but until now I havent written specifically on it. In my post Lesbian Children are NOT Girls I wrote:


"Usually by age three, Lesbians (no matter the variety) do not comfortably identify with the category Girl." 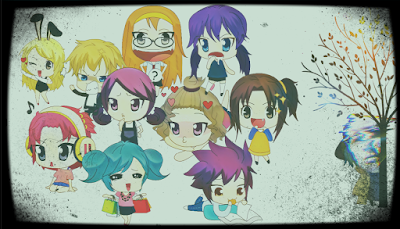 Girl/Woman is a catagory of Female that alienates Lesbians from other Lesbians, and worse from ourselves as Lesbians. The seeds of that alienation are planted from the moment baby Lesbians can adequately see/feel (Even blind Lesbian youths feel uncomfortable with Heterosexual categories of Female). As Lesbians grow/learn and are soon wrongfully labeled Girl, the seeds of Dysphoria begin to grow in every single Lesbian who has ever existed and currently will ever exist.

A huge part of Lesbian's Girl/Woman Dysphoria (GWD) lies in its untranslatableness to Lesbians beginning at birth. Girl/Woman isnt something Lesbians get/understand. It makes little to no sense to us, even when grown. If Girl/Woman is foreign to Lesbian brains, it is equally foreign to our Lesbian tongues. Lesbians do not speak Girl/Women, we speak Lesbian. I will elaborate more on this specifically in a future post, for now I simply want mention it in the general as it is part of the totality of Lesbian feelings of being different/foreign/alien/ugly.

Lesbian children arent simply uncomfortable with/in the confines of a heterosexual world, we are mortified even by any freedoms of Girl/Women! Meaning, no matter how open/free/feminist Girl/Woman is, for Lesbians, it remains foreign at best, a nightmare at worst. This distress begins pre-verbal, even if heterosexual parents/caregivers lack the homosexual understanding to recognize early Lesbian distress signals, they ARE present!

Because Girls/Women and Lesbians share a sex (female) there is confusion that Lesbians are Girls/Women. Young Dykes or baby Butches might stand out visually to heterosexual adults more than say Femme youths, but all forms of Lesbian children stand out to other children/to ourselves. All Lesbian children (yes even those who can sport girls clothes when required), are aghast at being called a Girl, even if we say nothing. Because really, what can we say? We dont exist in a way that we can say "Wait a minute, I'm not a Girl" and have it make sense to heterosexuals. Although many Lesbian children have said as much. Met with something between parental confusion/horror or a gentle reminder that yes, we are Girls. Maybe even a child explanation of how Boys and Girls are different. Yes. We know we arent Boys. But many young Dykes wished we were, just so we would no longer be called that thing WE know that we are not-Girl! Ick!

If/when a Lesbian child gets an explanation about how she is not a Boy, whether or not she brought up the subject, heterosexuals immediately go to "you're not a Boy" if a Lesbian child indicates in heterosexuality-land that she isnt a Girl/isnt like a Girl/cannot relate to Girl/s. These are the only two catagories of humans Heterosexuals default to. And while predominantly that is true, Girl and Boy (female/male) are the prime candidates for Humans-both categories are also defaulted to Heterosexual Girl or Boy! Lesbian children are NOT obviously Heterosexual! Therefore our Lesbian behaviour/thought processes/interests/functions etc are Hetsplained to us by Heterosexuals!

Causing more confusion and more strength in what we know vs what we can explain and be heard/understood, that we are NOT Girls anymore than we are not Boys! The longer this repeat function continues, the deeper the Girl/Women Dysphoria (GWD) roots. The thickness of the root depends of variables of life; personality/IQ, family, friends, school systems, religion, etc. Regardless, ALL Lesbians suffer some form of GWD.

Some general issues GWD creates for Lesbians:
The Girl/Woman Dysphoria Lesbians face and feel beginning from birth and sometimes not ending until death, is a deeply felt fear/shame/anger/pain and assorted other extreme emotions no Lesbian (regardless even of positive circumstance) reaches adulthood/old age unscathed. The greatest issue facing Lesbians is our Girl/Woman Dysphoria. This issue until NOW while having been noticed (Lesbians being/acting/functioning different), GWD has been misunderstood. And the simple fact is, in the hands of Heterosexuals, GWD will remain Hetsplained at best and Hetsplained at the worst. Like everything Lesbians have lived and died through under Heterosexuality, we cannot rely on Heterosexuals to explain Lesbian to Lesbians. Only WE can understand our brains, our bodies, our feelings and adequately communicate our Lesbian lives/feelings back to ourselves.

This post will be the first of many on Girl/Woman Dysphoria, its importance to Lesbian Health and equilibrium is unparalleled, particularly amid ersatz Identity Politics.