A reader contacted me a few days ago regarding sharing her transition experiences with a greater audience, because up to now her feelings and her experiences around her transition where negative have not been at all welcome in her ( the Transgender) community. Unfortunately the Transgender community invests only in an All or Nothing narrative, the All being a sanguine version of Transition drugs, surgeries and familial/social experiences where reality isnt even allowed in the backseat.

This is a personal account of one person's transgender/transition experience, it may not be the lacquered version making headlines, but it is no less valid, in fact it is more: 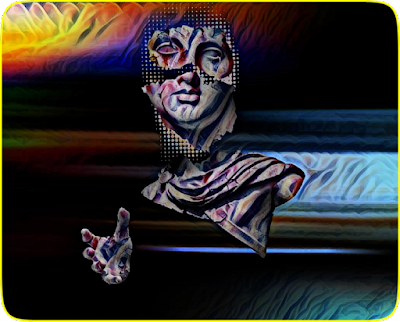 I was born and raised as a female, and recall the first crush I had on a girl when I was 11 years old, she was my best friend in school. I suppressed these feelings, because at the time it was still illegal in the UK to discuss homosexuality in a positive way or to "promote" it. I didn't know anyone who was openly gay and happy, and so I responded with the heterosexual conditioning I had been raised with by society, and considered it wrong. Although I now largely prefer men, I recall strongly the confusion in my 11 year old self over liking a girl.

When I was 17, I joined an LGBT youth website. I very quickly discovered the trans section and began reading people's experiences. I read about people who never felt like girls, who wanted to be men. It felt like at the time, I had found the answer to what I was struggling with. I was a man trapped in a woman's body and that if I changed it, I would be happy and find peace with myself. At the age of 19, I saw a psychiatrist who specialised in gender identity disorders, who diagnosed me as a female to male transsexual. Throughout the entire process I didn't see a counselor or a therapist, to them it was box ticking. I started testosterone in 2011 and am still taking it today.

It wasn't until about two years ago, that I found a group on Facebook which was open to butches, femmes and trans men. For the first time in my life, I was around butch women who were proud of their butchness, who were proud to be butch women. Who took pride in their female bodies and in their lesbian identities. That was when I felt the first pangs of regret about the path I had gone down.

I have had the phalloplasty procedure to surgically construct a penis. The image I had in my head of what it would be, and how it is is completely different. The penis does not look like a "normal" penis and doesn't function like one. I have lost the use of my vagina for sex, because of a procedure they did to construct the urethra through the penis. I now have recurring urinary leakage problems due to the surgery. Risks that I was not made aware of.

I thought transition would bring me peace, it hasn't. I feel a bigger disconnect with my body now, than I ever did before I walked down that path. I am not suicidal and I am getting on well in life. But it feels strange to be seen as a man, because inside I still know I'm not. Since meeting those butch women, I feel an affinity to the term butch, even though I don't currently date women.

Perhaps if I had met those proud women when I was 17, I would have embraced my butch identity sooner and not felt the need to transition. I won't ever know.

At 17, I was not mature enough to make that decision and I personally feel that I was too young to start such a life and body altering process.

Not all trans stories are the happy endings that the trans community so carefully tries to present. There are some of us, like myself, who live in that silent regret, afraid to speak out publicly of their bad decision.