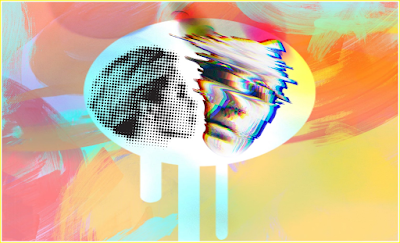 The first two posts of this series dealt specifically with how the heterosexual category Girl inadequately describes and fails Lesbian children and Lesbian teens; fails to represent Lesbian children/teenager's thinking processes/emotional processes and behaviours and how those processes drastically differ from heterosexual Girls. This post will delve into how the heterosexual category Woman and Lesbian differ and how the category Woman has for centuries and continues today to harm Lesbians.

As uncomfortable a fit Girl is to Lesbian children and Lesbian teens, it doesnt hold the sheer horror of Woman when applied to Lesbians. Girl, even teen Girl, while clearly heterosexual, the sexual in heterosexual between the ages of say 0 to mid/late teens usually is non existent. Meaning dykes, with minimal effort, can usually ignore being qualified Girl, since sexual feelings (toward another) at young ages is often absent. When the category Woman is applied to Lesbians later on, Dykes can no longer ignore their discomfort or their revulsion, because they are not merely ignoring differences in thought processes, emotions, behaviours, strengths and weaknesses, they now have to ignore the SEX in Woman which translates ONLY to heteroSEXUAL!

Because Lesbian youths do not often have the freedom nor the number of potential partners Girls have growing up, Lesbian adults usually use their 20's as relationship experience. It isnt that Lesbians are less mature than Girls/Women, we simply do not get to practice our relationships at school/school functions, dating etc. It is usually only when Lesbians reach young adulthood and we have control over our destinies that we can (more or less) freely begin meeting others like ourselves. It is unclear whether our lack of dating in youth, our Lesbian biology or our lack of being around large numbers of Lesbians (or all three) affects why Lesbian adults partner differently than heterosexual couples. Its rare to find a Lesbian couple that did the "dating thing" that is so common among heterosexuals. While we meet/find each other in a variety of ways, dating in the straight sense rarely factors in and when it does there is usually a STRAIGHTBIAN in the mix.

Another HUGE difference between Lesbian adults and Women is the BIOLOGICAL urge to procreate and the BIOLOGICAL changes that occur from giving birth. While there is clearly some sociological pressure for (hetero) females to procreate, the gist comes from heterosexual female brain functions. Obviously something evolutionary in order to propagate the species. Whatever it is that triggers that base need/desire among straight female brains, clearly does not exist in Lesbian brains. In the same token, that biological urge to bear children in most straight Women, doesnt come with a guarantee for maternal instincts. There was a minute in the 90's when Lesbians seemed to be popping out babies like puppies, but looking back with a discerning eye, what we actually find were STRAIGHTBIAN couples claiming to be Lesbians or a STRAIGHTBIAN coupled with a Dyke giving birth, not Lesbians themselves. There are clearly more Lesbian pet parents than there are Lesbian people parents, thats not to say that we dislike children, it is to say birthing/raising children isnt a BIOLOGICAL need/desire of Lesbians. And in fact when we do choose to parent either by our loins or adoption, we usually make BETTER parents than heterosexuals.