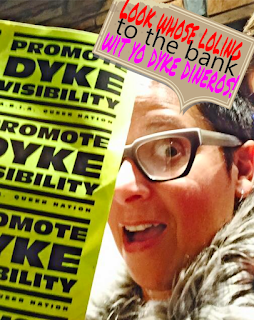 This post is one in a series which will expose some of the biggest culprits among the so-called “Lesbian Experts” who are neither lesbian nor expert.

Today’s subject, Rachel L. Pepper, is a longtime editor for the (allegedly) lesbian magazine Curve (which is rarely lesbian), and a self-described "Blogger, award winning author, editor, and therapist".

One of Pepper's early lesbian contributions money-makers was her book The Ultimate Guide to Pregnancy for Lesbians, because who better to tell STRAIGHTBIANS how to make babies than a STRAIGHT woman? 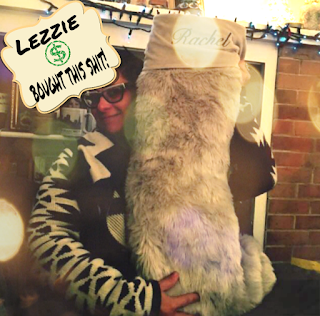 Even in her pregnancy book, allegedly written for lesbians, Pepper’s true Straightbian trans-promoting colors were already peeking through. She often mentions so-called “lesbian partnerships” in which one partner is transitioning, breezily and annoyingly repeatedly referring to an FtM partner as a “tranny pop”.

In chapter 2, she perkily exclaims that FtMs can get pregnant too; but without bothering to address the multiple health risks to the baby if testosterone is administered during the pregnancy.

By chapter 3, Rachel’s true heterosexuality is on full display, when she writes, “If you’re like me, and spent your teenage years trying not to get pregnant with your male partners…” No Rachel biological Lesbians are most certainly NOT like you!

In addition to the truckload of Straightbian garbage, one reviewer noted some startling medical inaccuracies in Pepper’s pregnancy book:


"While Pepper’s support and encouragement are invaluable and her non-medical advice is excellent, there are some serious obstetrical inaccuracies here. For instance, Pepper describes the procedure of stripping the membranes to induce labor, as “pushing away the thin skin covering the cervix” (p.188). There is no skin covering the cervix. The procedure involves inserting a finger through the internal os of the cervix and then gently pushing away the amniotic sac.
On the same page, Pepper recommends notifying your physician immediately “if you haven’t noticed any fetal movements in a few days.” There is nothing “immediate” about a few days and a few days will be too late for a baby experiencing problems in the womb. After 32 weeks, ask your physician or midwife how to monitor your baby’s activity pattern."

Several Goodreads reviewers noticed Pepper’s incessant self-congratulatory, egocentric tone; her Straightbian ways of conceptualizing lesbian relationships; and other issues.  Here is a sampling of the reviews:


"Whenever she mentions any choice a lesbian might have to make in their path towards motherhood, she just can't resist interjecting what SHE did."

"My favorite piece of Rachel Pepper extraneous information about her specific family wisdom is when she suggests that warm milk is a perfectly good subsitute for coffee during pregnancy. It worked for her! And not only that, but her daughter Francis agrees, and still drinks it to this day! Seriously, Rachel Pepper, WHO CARES?!?"

"In the first chapter, her constant insertions of her own experiences are fine, but she literally cannot get through a single paragraph without talking about herself and her own experiences with motherhood. And this I believe is her unconscious intention in writing the book: she wanted the world to know about HER experiences as a mother. I mean, how could the landscape of lesbian pregnancy books possibly be complete without a book in which we see Rachel Pepper's perspective."

and there's this ditty:


"If I could give this book less than one star, I would.

"The fact that so many of us end up reading (and worse, buying!) a book that has such little detailed information -- you could learn this much in 30 minutes online -- and so much denigration of non-gestational mothers (who apparently shouldn't breathe on the baby, lest nursing collapse, or consider themselves mothers -- "dyke daddy" is okay, though) is a testament to how few good books there are about lesbian parenthood. "

"You can tell what you're in for from the cover, which is of the midriff of a beautiful, smooth-skinned, white pregnant woman with a bare stomach and a sarong around her hips. By the end of reading it, I felt like if I read the words 'luscious pregnant body' one more time I was going to kill something."

"...there are some very annoying bits where she gives rather sententious and unwanted advice about finances (if you can't afford to get pregnant how can you afford to have a child?!?!??!?! FUCK YOU LADY, POOR PEOPLE CAN HAVE BABIES) and age (younger people shouldn't have babies! wait until you're in your late twenties and you're mature enough to be a parent! you might think you want to get pregnant but you don't know what you want!)."

"The book thinks it's inclusive but is wildly middle class and also occasionally outdated/clueless."


"In numerous places, she, apparently unconsciously, uses quite demeaning and subtly inappropriate words, turns of phrase, and entire perspectives to describe the permanent partnerships that exist between many women and the wife/partner's role." 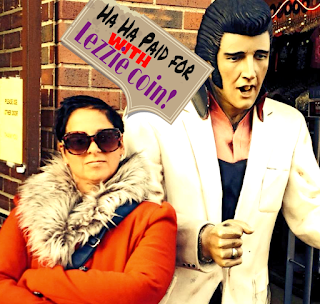 After her foray into writing for lesbians in her true STRAIGHTBIAN fashion, Pepper’s perky nose quickly sniffed out a change in the winds of fortune and turned her contributions money-making efforts in the direction of the currently more profitable trans trend: writing books, making TV appearances, and Peppering (get it?) Curve Magazine (supposedly a lesbian publication, with “supposedly” being the key word) with her trans-related propaganda. 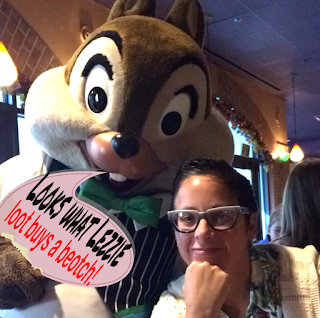 In summary, Rachel Pepper is not a lesbian, and she is certainly not an expert in Lesbian affairs.  She is currently undermining Lesbians, as well as gay/lesbian children, by pushing her clear trans agenda, and she is being enabled to do so by a magazine that purports to be for and about Lesbians.  When called out on her true agenda, in true Straightbian privileged fashion, she passive-aggressively responds using the same Lesbian magazine as her platform. Rachel, wake up! If you worked better at helping Kellen Bennett-Grayson (or whatever s/he is calling herself these days) get a REAL job you wouldnt be so fucking hard up for mulla!

We see who and what you really are, Rachel Pepper. It is way past time that Lesbians stop forking over our hard-earned cash to you, and to the publishers and magazine who support your agenda.  Get a new hobby, Rachel Pepper, because in the eloquent words of one reviewer of your lesbian work, “Seriously, Rachel Pepper, WHO CARES?!?” 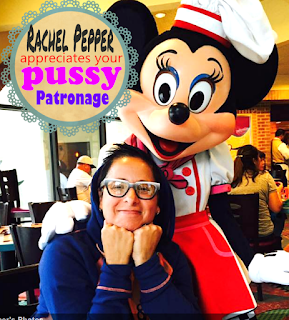