Most (So-Called) “Lesbian Experts” Are Neither Lesbian Nor Expert

I've said it before, I said it in the title of this post, and I will say it again:
Most (so-called) "Lesbian Experts" are neither lesbian nor expert. 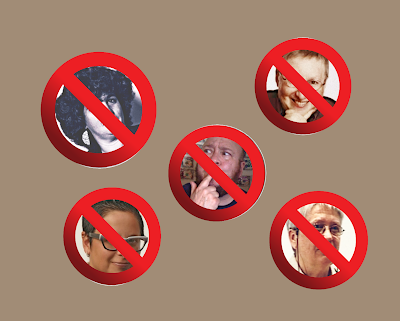 This extreme disconnect between the lived experience of real lesbians and the musings of numerous blowhards has created a multitude of problems for lesbians, including, among other things: confusion, misrepresentation, feelings of isolation, misunderstandings and disagreements amongst ourselves and with the general community, and perhaps most importantly, the further marginalization of an already marginalized group.
As just one example, I can still remember, over 2 decades later, my disgust, bewilderment, and growing anger upon reading The Persistent Desire: A Femme-Butch Reader.  Who were these people and what the $^%#*@ were they talking about? These people certainly weren't speaking for me or for anybody I knew. Their false interpretations of the B/F experience were so foreign to me that it may as well have been written in Greek.
There are many, many, many, many examples of incorrect information in just this one book ~ way too many to address in this post ~ but to illustrate, please allow me to share just one of the many faulty examples.
This quote is from a piece in Persistent Desire entitled "Sex, lies, and penetration: A butch finally 'fesses up" by someone named Jan Brown who assert that Butches "become male, but under our own terms, our own rules." Brown then goes on to say: "The truth, for many stone butches, is that we failed as women early on".
Other quotes from Brown's essay, which is supposed to be about Butch lesbians include: "We jerk off to the rapist, to the Hell's Angel, to the Nazi, to the cop....And, yes, we also dream of the taking. We dream of someone's blood on our hands, at laughing at cries for mercy", and "Sometimes, we need to have a dick as hard as the truth between our legs, to have the freedom to ignore 'no' or to have our own 'no' ignored."
Brown also writes in this same essay about working as a prostitute ("I would swallow for $40", she says in the first paragraph), and asserts that many like her (meaning alleged ) have "lived with abusive boyfriends".
Sighing loudly.  So much bullshit, so little time. This person is clearly NOT a Butch, and just as clearly she is NOT any sort of lesbian at all. Nevertheless, the editor of Persistent Desire obviously thought it appropriate to include her inaccurate assertions in a book supposedly about the B/F lesbian experience.
Sheila Jeffreys, another purported  who is also neither lesbian nor expert, even discussed Brown's essay in her book, The Lesbian Heresy, unquestioningly using Brown's words as a weapon in her misguided and erroneous arsenal against Butch/Femme, without even exhibiting the critical thinking skills to see that Brown wrote that essay with the frail bravado of a woman who has suffered at the hands of men, and most decidedly NOT as a Butch lesbian.
I guess when you're faking lesbian yourself, you automatically accept everyone else's fake lesbian stories too.
This illustrates just one of many examples of how one "" (who is neither) uses another "" (who is neither)'s words to spread even more misinformation to and about lesbians.
And thus the bullshit kept rolling, gaining form and speed with every increasingly disgusting revolution, until the whole massive ball of excrement has now splattered its hideous contents into every nook and cranny of the lesbian community.
I wish I could say the rest of the Persistent Desire book  (as well as the content of many other books) gets better, but, sadly...no.
At the time I first read The Persistent Desire, I was young and much more willing to shake my consternation off than I am now. So I did what anybody with any common sense whatsoever would do: I tossed it in the trash, along with the other garbage that day.
Sadly, The Persistent Desire is only one example of the plethora of nonsense that has been published over the years, by purported   who have profited, and still continue to profit, from hard-earned lesbian dollars.
Dirt and I are sick of it.  We are weary of all the misinformation, the appropriation of lesbian lives, and the push for inclusiveness that is threatening to dissolve what little cohesiveness the lesbian community has left.  We are infuriated at being told to "be nice" by (supposed) feminist allies and (alleged) other lesbians. We are disgusted with the idea that lesbians should gratefully accept whatever bullshit is served up to us on pretty silver platters.
It is past time to stand up and say something. We are working on a series of posts which will critique and expose some of the biggest charlatans who are selling lesbians a defective bill of goods, making money, and gaining kudos, while real lesbian lives are being misunderstood, maligned, harmed, and sometimes even destroyed.
We invite other lesbians, and our true allies, to join us in the quest for truth.  We invite you to think, to question, to speak up, and to take action. Lesbians deserve better.  It's time we start demanding it.
Dirt and Mrs Dirt
Posted by dirt at August 08, 2016