Live and Let Live…? (A Reblog of my Wife's Latest) 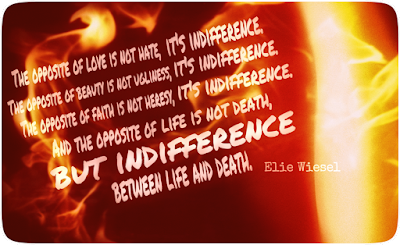 Thanks to everybody for your feedback on my last post, A Lesbian Psychologist Speaks Out. It is truly heartening to know that Dirt & I aren’t the only ones out there who are concerned; Dirt has been warning people for years about the devastation the trans trend is bringing upon the lesbian community…years before anyone else even got a whiff of trouble.

Even the polite feedback that did not 100% agree with my thoughts is appreciated.  For example, a fellow lesbian on Twitter very politely told me that she found my post interesting, but then stated that she felt we all should accept and support the transgender trend, because “it’s their body, their choice.” and “Hormones, surgeries…not my place to say it’s wrong.”

On the surface, that does sound reasonable, doesn’t it?  After all, when we are talking about adults (ones who have not been deemed incompetent by a court of law), we must recognize that adults do indeed have the legal right to do whatever they want to their body as long as it does not over cross the line into illegal behavior.

As just a few examples, legally competent adults have the right to smoke 2 packs of cigarettes a day, to eat Whoppers and fries for every meal, to starve ourselves to rail-thinness, to perform extreme and painful body modifications, to have unprotected sex (as long as we are not knowingly passing on any STDs), to walk barefoot in the Sahara desert when it is 104 degrees, to binge and purge, to skinny dip in Alaska on the coldest day of the century, to burn ourselves with cigarettes, to self-harm with razor blades, to consume Mad Dog 20/20 in copious amounts, to have so many facelifts that we can no longer blink, etc.

But are all of those healthy decisions?  Are all of these actions that should be supported, honored, exalted, and encouraged?  Um…no. And the same is true of the transgender trend.
So: I am not disputing adults’ legal right to transition, or to do any of the other dangerous  and/or unwise behaviors listed above.

But: As both a lesbian and a psychologist, I am questioning the wisdom of a profession and a society that wholeheartedly supports the transgender trend, which is, among many other concerns: an ideology that is based upon John Money’s long-ago-discredited theory; a doctrine that suggests that there is a “right way” or “wrong way” to be a female (or a male); a diagnosis that typically leads to the unnecessary and dangerous use of cross-sex hormones and/or surgeries; and a cancer that has both divided and decimated the lesbian community.

Do legally competent adults have the right to transition?  Yes, of course.

But is it right for society, for the government, for the media, for our fellow lesbians, and for the professional community to promote and support this sinister trend?  No. Not by a long shot.

Here’s the thing:  Even if an adult is legally competent to make  such dangerous decisions for herself, it doesn’t mean that she fully understands her own subconscious reasons for making those decisions.
She likely doesn’t fully process all of the factors that led her to believe she is trans, which , of course, varies from person to person, but often includes variations of some or all the following: lack of societal acceptance as a female who doesn’t fit into the stereotypical mold; lack of her family’s and/or society’s acceptance as a lesbian; social contagion; possible trauma; seeing being transgender exalted while lesbians are disparaged, misrepresented, and/or ignored; reacting to being a woman in a misogynistic society and naturally wanting the privileges she sees males automatically getting; and simply accepting the trans narrative as truth.

Also, it should be noted that being legally competent to make her own decisions does not mean she fully understands the possible ramifications of her decisions.  Most people just skip over the possible side effects and potential negative consequences, particularly when highly motivated for a goal.
This document is one example of an “Informed Consent” form to initiate testosterone therapy. Most people barrel through the fine print before scribbling their signature to obtain the long-awaited “prize”.

But let’s stop and really look at this form, shall we?

First, at the top, the form notes that there are known risks to testosterone usage and states that the patient is encouraged to “think about the potential effects of this treatment before signing.”
Then we go on to review the permanent effects of testosterone therapy in #1: “Hair loss, especially at my temples and crown of my head, possibly male pattern baldness; Facial hair growth; Deepening of voice;  Increased body hair growth (i.e., on arms, legs, chest, back, buttocks, and abdomen, etc.); Enlargement of clitoris.”

Note that permanent means…well, permanent.  So, even if she changes her mind later, she will likely have lost the hair on her head but will likely still have hair on her ass. This in itself ought to be a deterrent, IMHO, but, sadly, it is not usually a deal-breaker.

The potentially reversible effects are also concerning, particularly the one about “Increased red blood cells“.  If you are interested in why this should be concerning, read about polycythemia.
Then we go on to note in #2 that the effects of testosterone therapy are unknown and if she changes her mind in the future and wants to become pregnant, she may not be able to.

#3 is chilling.  Please read this statement carefully, then reread it, then really THINK about the implications:  “I understand that brain structures are affected by testosterone and estrogen. The long term effects of changing the levels of one’s natal estrogen through the use of testosterone therapy have not been scientifically studied and are impossible to predict.”

#4 continues this alarming trend by explaining that basically doctors don’t really have a freaking clue what is going to happen: “I understand that everyone’s body is different and that there is no way to predict what my response to hormones will be.”

On that less-than-cheery note, let’s examine #5: “I will have complete physical examinations and lab tests periodically as required to make sure I am not having an adverse reaction to testosterone and to continue good health care.”  Translation: “We know that adverse effects happen, and we want to cover our asses.”

#6 should alarm you even if the other warnings haven’t:  “I have been informed that using testosterone may increase my risk of developing diabetes in the future because of changes in my ovaries.”  Hmm.  Increased risk of diabetes.  Not good, huh?

#7 continues with more dire warnings: “I understand that the endometrium (lining of the uterus) is able to turn testosterone into estrogen and may increase the risk of cancer of the endometrium.” If brain structure changes and diabetes didn’t scare you, cancer should.

#8 states: “I understand that testosterone therapy should not be relied upon to prevent pregnancy.” You wouldn’t think that would be a problem for lesbians, but sadly, it is, because of a largely misunderstood, often unknown, and seemingly puzzling phenomenon that happens when lesbians start taking testosterone: they often start craving sex with men. As completely unthinkable as this prospect is to lesbians (Ewwww!), it indeed has been noted to happen with alarming frequency once lesbians start taking testosterone.

#9 is directly related to #8 because having unprotected sex is very risky: “I understand the effects of testosterone therapy by itself will not provide protection from sexually transmitted diseases or HIV. ”

#10 and #11 are related: “10. Annual breast exams, monthly self-exams, and annual mammograms/cancer screenings after the age of 40 are highly recommended even after chest reconstruction. 11. I understand fatty tissue in the breasts and body is able to turn excess testosterone into estrogen, which may increase my risk of breast cancer…”  Another cancer warning!!

#12 brings another dire warning:  “I have been informed that testosterone may lead to liver inflammation and damage.” If cancers, diabetes, and brain structure changes haven’t scared you, what about damage to your liver?

If all of the above health warnings were not enough, how about #13?  “I have been informed that if I take testosterone my good cholesterol (HDL) will probably go down and bad cholesterol (LDL) will go up. This may increase my risk of heart attack or stroke in the future.” If cancer doesn’t get you, heart disease or stroke might.

If all these health risks don’t concern you, how about psychological changes?  #14 says: “I understand that testosterone therapy may cause changes in my emotions.” Above, this document had already noted: “Possibly increased feelings of aggression or anger.”  Such changes can cause devastating consequences in a patient’s relationships and in her work setting.

The rest of the items are standard boilerplate legalese, such as: inform your health care provider if you are taking any other medications or supplements, if you want to stop testosterone, if you have complicating conditions,  if you have adverse side effects, etc. (Basic cover-your-ass jargon).
In other words, by signing a document such as this, the patient takes full responsibility for the possibility of a host of both known and unknown adverse side effects while simultaneously absolving health care providers of responsibility since she has (allegedly) been duly warned.

And the above warnings are just for taking testosterone;  note that there are many, many, MANY additional risks for surgeries.

How many people, particularly young adults under age 25, whose brains are not yet fully mature, fully understand the implications of such very serious decisions?  The “I’m-invincible-and-it-won’t-happen-to-me” phenomenon is usually in full force with young adults.

Even more mature adults rarely fully comprehend the risks, and even when they do, they often rationalize and hope that it doesn’t happen to them.

So the “let’s-just–live-and-let-live; it’s-their-bodies-and-their-choice” argument regarding the transgender trend just doesn’t stand up to scrutiny when examined closely.

Instead, I argue that even though adults have the right to make the decision to medically transition, that it is never a good decision.  I argue that the multiple potential factors affecting these decisions are usually poorly understood even to the patients themselves, and are skimmed over and/or covered up by the medical community, who mainly seem to be all too willing to jump on the trans bandwagon to make a buck. I argue that the known effects of testosterone use are very concerning, in addition to a host of unknown effects, which is perhaps even more concerning. And there are so many concerns about the transition surgeries that there is no room to even touch upon those in this post.

And the fact that cross-sex hormones are NOT approved by the FDA for the purposes of transition is yet another worrisome issue which most fail to know or address.

Until lesbians drop the liberal and well-intentioned, but ultimately naive, “live-and-let-live” attitude and wake up to what is really going on, this trend will continue with even more lesbian lives harmed by the hour.

Contrary to what many people think, Dirt and I don’t hate transgender people; instead, what we hate is seeing lesbian lives ruined and even lost. Genuine concern is not “transphobia”; speaking out is not “hate speech”.

I just hope some will hear our voices over all the noise.