After the first two pieces (Part1 & Part 2) on John Money it may seem that the worst to come out of his work is a disorder (Gender Identity) based on a theory (Gender Identity) that was proven false in its infancy. And yet was allowed (urged) to proliferate in the medical transition of millions, whereby laws have been altered, rules relaxed and lives ruined or worse ended with no sign of slowing down in the near future. Unfortunately that worst, isnt the worst; the worst is a lot more strange, sinister, sexually perverse (paraphilia) and sexually self serving to John Money as well as beneficial to pedophiles past, present and not yet born.

In 2003 the sexologist/pederast Vern Bullough, an editor of Paidika: The Journal of Paedophilia

had this to say about his idol John Money:
Why would a well known/respected professional doctor like John Money be the idol of a proponent of pedophilia?
More on Dr. Money's pedophile predilections:
Dr. Money was miffed when age of consent laws in the US changed from 16 to 18:

Clearly from accounts by those who put Dr. Money on a pedestal, as well by religious professionals who called Dr. Money out on his seemingly pro-pedophile stance, that Dr. Money advocated consensual sex with children (particularly boys) cannot be in dispute. A little from Dr. Money's own publish works:

Dr. Money created the term Paraphilia for the purpose of both adding dozens of additional sexual disorders (according to him) and as a means to water down sexual perversions, particularly pedophilia. Dr. Money treated sex as he did gender, by unhinging both from the norm/biology, he could assert/insert his (and his close pedophile rings) warped/sick/vile SEXUAL attraction to children as if not acceptable, then at least not criminal.

Clearly his sexual abuses of the Reimer twin were warped, were sick, were vile and were/are criminal! Yet under the guise of progress and dare, Dr. Money's failed theory of Gender and Gender Identity have proliferated at a rate that even he could not have foreseen.

In effort to see his "Consensual Pedophilia" dreams (that with which finally got him and his Gender Identity clinic closed at Johns Hopkins) to proliferate along the same line as Gender Identity, Dr. Money took his paraphilias to the ultimate level, later claiming that loving/intimate sex between two adults in and of itself was a paraphilia (Normophilic):

By making ALL sex abnormal, Dr. Money normalized any and all paraphilias, including pedophilia!

It may seem that Gender Identity theory and Consensual Pedophilia theory are on different train tracks running in different directions, but a closer look reveals they are different cars on the same track running in the same direction pulled by the same engine: Dr. John Money. Money's Gender Identity theories linguistically used/abused sex roles to biologically uncouple masculinity from male and femininity from female and has successfully done so. In the same vein Dr. John Money (and his pedo-sexologist/psychologist cohorts) worked to unfasten pedophilia from perversion by normalizing it by leveling ALL sexual engagements as abnormal. And as biology is now being lawfully eroded in the name of a known pedophile, based on the faulty theories of that same pedophile, all opening doors and rolling out red carpets for other pedophiles and sexual predators, the worst of Dr. John Money has yet to come. 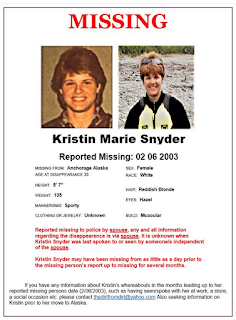