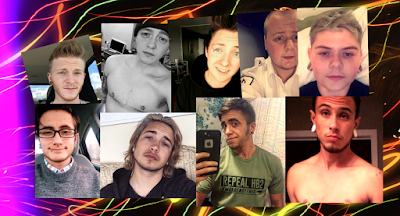 
In the early days of doing these posts, most Trenders were somewhere between 35-55. So even when on testosterone for a year or two, the aging wasnt as obvious and the visible appearance of unhealthiness didnt manifest until four or five years into transition. As Trans Trending has become all the rage for lesbian youth and any unhappy malcontented or sexually abused teenage girl, the harmful effects of female youths high dosing testosterone even in early stages is all to clear. 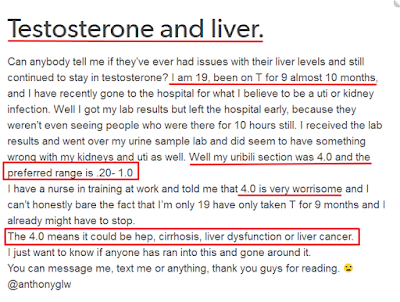 The above question was recently posed in a trans female tumblr group, rather than to an endocrinologist like it should have been. But given the anti hippocratic atmosphere revolving around transgenderism, an endo doctor might not prove any better help than a confused teenage girl.

Testosterone in the high dosage required for transgender changes in females causes an increase in red blood cells. This increase occurs while testosterone hampers estrogen production and the powerful (normal female) immune response is lowered. Autoimmunity (production of antibodies against the tissues of your own body) arises in effort to correct the imbalance in red blood cell count, killing red blood cells and not taking numbers. As estrogen levels rise toward the end of the Testosterone injection cycle the autoimmune response may correct itself, or it may not. Either way, the whole kill or be killed cycle begins every time testosterone is administered. 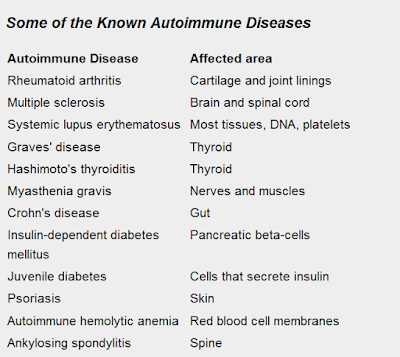 Transgender health issues like the one mentioned above continue to be addressed within transgender circles for fear that bringing health concerns to medical professionals will result in removing their drug (hormone) of choice. The hormone addiction is strengthened by coupling with patient's manufactured (trans) identity which transgender patients use as a crutch to support weak or wounded egos. In a nutshell, fear of losing hormone drugs which support the trans identity facade revealing an ego that cannot (or the patient feels cannot) stand on its own, outweighs all common sense and health risks or scares, including outweighing mortality itself. 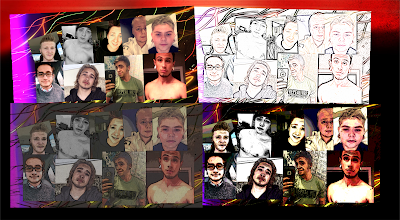 No matter how its diced sliced or coloured, testosterone's harmful effects on females who transition is as clear as the illness on their face.