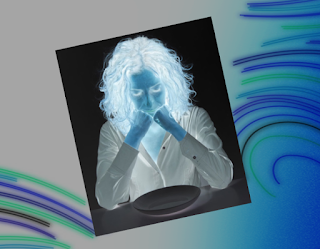 Lesbians are fodder or faux, where in male fantasies we never say NO. Invisible. We settle for any hint of Lesbian colour. No matter magazines, books or movies. The first ten minutes of any lesbian film its lickety-lick with another woman. By movies end our Lesbian is murdered or worse she falls into the loving arms of just the Right man. In fiction she's quasimodo, only less attractive. She's mannish, a predator of women, lonely and damaged. She's a drug addict, an alcoholic, a first class mess. A nympho luring innocent young women into giving her sex. Lesbian characters are under developed, one dimension. They love kissing girls for male attention.

But we're all so hungry, starving for any lesbian glimpse, we accept Hollywood filth. We pay good money to see a second rate actress in a secondary role go from kissing the female movie's star to riding some random guy's pole. Lesbian food rations too thin for Lesbian demand. We are so famished, we'll do anything to see that single lesbian kiss, no matter how the rest of the show turns out. We shout and high five, that kiss makes us feel like we're really alive. But as long as we settle for remnants, our Lesbian floors will remain bare. Be brave, dont be scared. Who better to tell our story than us? Go to your social media sites, cause a ruckus, cause a fuss! Our stories are much too sacred to be lost or turned to rust or ruin. Give our Lesbian children something more than we had to chew.


I've been thinking a lot lately about how lesbians have been so starved to see ourselves in television or film that we will often hungrily devour the tiniest morsel of lesbian love, no matter how meager, unhealthy, or unsatisfying.
There's been a lot written recently on the propensity of writers to kill off lesbian characters, so I won't rehash all those grim statistics and depressing examples. I will suffice it to warn you that if you see a lesbian on TV or in a movie, you will probably want to consider not getting too attached. You'll thank me later.
And:  even if a lesbian character miraculously does not die a horrible death, it is still very unlikely that there will be a true "happily ever after" ending. All-too-often, the (so-called) "
" will end up with a man (Note: she clearly wasn't really a lesbian then, huh?!?). Or, the lesbian may end up in prison, end up alone (when she doesn't want to be), end up on-the-run, or end up trapped in some kind of weird alternate universe. Or, lesbian relationships are often portrayed as drama-fests of cheating, lying, screaming, and conniving.
Alternatively, some shows tease lesbians with subtext and hints of flirtation, but never actually deliver an up-front lesbian relationship to the incredibly loyal lesbian fans who are still buying their merchandise and showing up for their conventions over a decade after the show is over. Sadly, the reason for this cowardly tendency is usually to keep the possibility of a heterosexual-relationship-storyline open...because we wouldn't want to disappoint the straight folks, who only have approximately 5,479,032,865,321,123 of their own love stories to fall back on, now would we? No, that just wouldn't do at all.
And yet, despite the numerous slaps-in-the-face we have received from the writers, shows, and movies we have supported, lesbians somehow remain hopeful. Surely, we think, somewhere, somehow, somebody is going to portray us accurately and not disappoint us.  We still watch the shows, we still buy the movie tickets, we still root for the characters, we still buy the merchandise, we still invest our precious time and attention. Only to be crushed again. And again. And again. And again. And yet again.
It is time that we open our eyes and stop settling for less than we deserve. We need to attack this problem with our money, our time, and our attention.  Lesbians need to stop gobbling down the putrid scraps that have been carelessly and thoughtlessly tossed at us. We need to stop wasting our breath protesting our angst to the very people who screwed us over (because, if they cared, it would never have happened to begin with).
Lesbians need to focus on ourselves for a change.  We need to prioritize ourselves over the wants and wishes of everyone else. We need to write our own stories. We need to support lesbian writers, producers, actors, and filmmakers who we can trust to tell our stories authentically. We need to stop giving our money, our attention, and our time to projects that treat us like an afterthought, an embarrassment, a titillation, a sensationalized plot-device, and/or a freak-show.
Lesbians deserve better. It's time we demand it.