A Butch Lesbian Weighs In on the Public Bathroom Debate 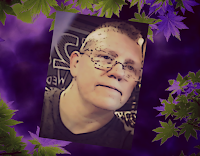 I have written from time to time on the Butch Bathroom Blues, i.e. the difficulties Butch lesbian deal with from toddler to grave whenever they use a school bathroom or public toilet. In the current public bathroom (locker room/showers) turmoil plaguing news (papers/stations) and social media, little has been said from Butch lesbians/hard dykes. And where it has, it is the complete transgender propaganda machine hailing how transgender bathroom rights will make "gender non conforming" lesbians' bathroom experience better. First off, as a biological female, EVERYTHING I do is FEMALE! I conform perfectly well with my SEX thank you very much!

Secondly, as a lesbian who has been mistaken for male from age three onward, I know full well the shit Butches have to deal with when using the public loo. Hard stares scrutinizing what sex we are while we wash our hands. Harsher comments when our sex is realized and then our sexuality presumed. Embarrassment and shame when a woman walks in while we're washing our hands and quickly apologizes to us for coming into the "wrong" bathroom, only to go back out, look at the door and realize she was right the first time-then doesnt return. Walking into the Ladies past a woman walking out and 30 seconds later having a restaurant or store manager knocking on the stall door saying men aren't allowed into this bathroom. Humiliation having to come out of the stall to tell the manager you are in fact a WOMAN! The anger when physically removed from bar bathrooms by bouncers. The astonishment when in lesbian bars, lesbians themselves presume Butches are gay men and ask you to stay out of their toilets.

Thirdly and most importantly, for as many times as I (and other Butches/Hard dykes) have had to deal with bathroom flack, a hundred times over we've seen the fear in the eyes of women when for a brief moment they thought a man was in their locker room or bathroom. Fear that WE too know, regardless of how we appear, because we too are women-therefore just as vulnerable to rape as any other woman. Fear we know as women because ALL women grow up under the threat of male violence/rape. It is THAT intimate female knowledge that has kept us from ever making a bathroom fuss. THAT intimate female knowledge of going out of our way NOT to use public Lady's facilities, even though of course it would be:
No matter how much easier using a public bathroom or locker room is, as a woman and as a lesbian (a woman who loves women), the minuscule advantages of public toilets do not outweigh potentially inspiring fear or triggering past sexual trauma in a single woman alive EVER!

I dont give a fuck what laws are passed allowing males, flying monkeys or neutered cyclops into women's private public facilities, knowing what I know as a female, as a Butch-I will remain going out of MY way so that I do not add to the already monolithic rapists threats, fears and realities harrying the female race.

I hope to see more lesbians telling their experiences with frightening women in public Ladies facilities and how they deal with biological needs vs their love for womankind.