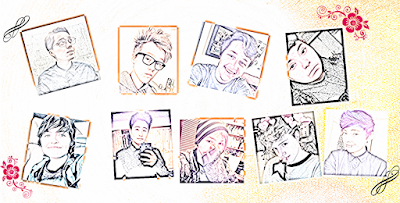 
Documenting the transition of lesbians for eight plus years and having observed for more than fifteen, has evidenced an increase in the number of lesbians transitioning and a rapid decrease in the age in lesbian transition (or in some cases being transitioned by adult authority figures). Many lesbian youth arent coming out at lesbian before they head straight into transition and many more have never even had their first taste of lesbian puppy love. And lesbian pride doesnt even enter the picture.

These posts-Trans Trending-have systematically proven the above statements. Without these posts, even where true, I could be accused of so much hot air, rather than concrete documented fact. This is the real reason why this particular post series is so threatening, not because they
or any other slanderous amalgam. I have yet to see a single attack or petition for the take down of the very tumblr these posts are mined from. Out side of the nudity heads up, this tumbl is completely open to children, children to view and children to submit to, including children submitting nudity aka child porn, which IS illegal, not to mention immoral. Yet this blog documenting this trend among lesbians, without prejudice is put into question, and has even placed my physically safety at risk.

I spent some quality time on the Fuck Yeah FTM! tumblr recently and found a dozen pictures of the breasts and crotch areas of girls ages 16 and under, more if we count 17 year old girls. Fortunately ALL were in the US and I reported them to:

Perhaps if commenters truly cared about young girls being used/abused/degraded and exploited, they too would have reported Fuck Yeah FTM! for the clear distribution and promotion of child pornography. I did.