This blog has regularly documented the increasing exodus of female homosexuals from Lesbian to the perceived greener pastures of Transgender via the TRANScontinental railroad.

My wife just recently sought Google's help for something she was working on regarding counseling teen lesbians, and to our great disgust and consternation, this was the result from page 1: 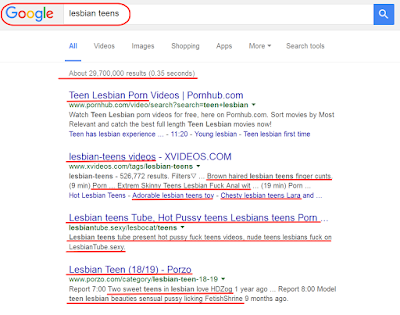 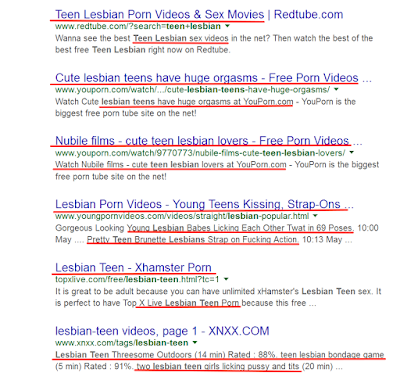 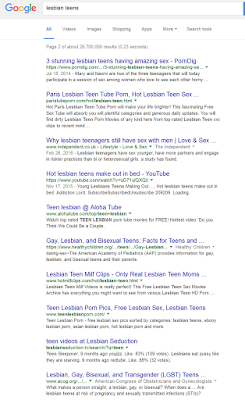 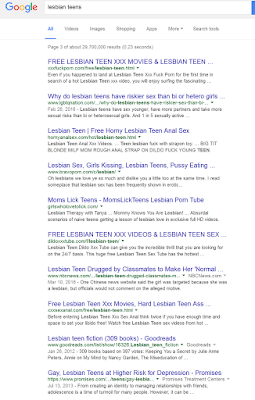 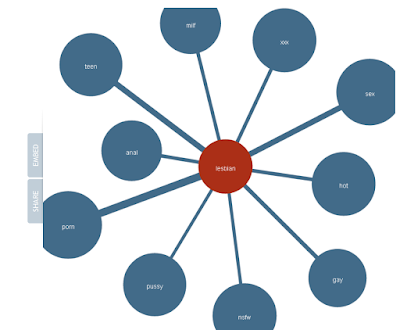 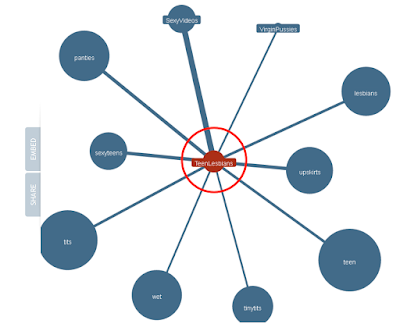 No wonder the word Lesbian has become an increasingly undesirable word. How many times have you heard someone overly quick to say "I'm not a Lesbian" (with the word "Lesbian" accentuated with a disgusted grimace)?  Many now prefer to use the word  Gay, Queer or even Bisexual because of the negative connotations of the word Lesbian, regardless of the inaccuracy of the terminology. When "Lesbos" was trending on Twitter recently, there were A LOT of disappointed men who quickly realized that the tweets were about the Pope and not about some pornified-pretty-long-fingernailed-girls attacking each other in a vat of Jello. Go to Twitter and search #Lesbian or #TeenLesbians or #LesbianTeens and you might be shocked at what you will find. I warn you some of the tweets that come up are HIGHLY suspect for child pornography. This wasnt always the case, and most certainly not to this extreme.

Identity politics sprang from the backlash caused by the tiny sliver of Lesbian pride and visibility that began to peak through in the early 1990's after decades of struggle and darkness. Lesbians/dykes were suddenly in films (independent and mainstream), suddenly on the cover of mainstream magazines with runway models or posing with their legal partners and children, suddenly new lesbian magazines were at our favorite bookstores, suddenly lesbian bookstores were everywhere, suddenly Lesbian Studies was an academic discipline, suddenly we saw lesbians sporting I Fuck to Cum Not to Conceive T shirts in general public, lesbian bars were opening up in lighted areas, lesbians were coming out on TV, at the White House and featured prominently on popular TV shows. Lesbian Chic was suddenly IN! Not that we werent always cool, only now everyone knew it!


When did Lesbian become a "dirty word"?  It has always been misused and objectified by men, but we were making some minor gains up until Queer Theory reared its post modern head (or should we say modern head post?). The word Lesbian is threatening to society, because it is, and we are, by definition, exclusionary. Lesbians exclude males from our interests, sexual and otherwise. We are perceived as the greatest threat to men because they are excluded from our sexual relationships and because the women (lesbians) in our sexual relationships are sexually satisfied after. Lesbians prioritize women over men, we make our time, our bodies and our souls available to lesbians ONLY. Men are threatened by that exclusion, fearing it could trickle over into their women.

Every gain I listed above and many I didnt mention have since drastically been lost or worse co-opted/drained of all meaning and resold under the name LESBIAN! But the manufactured Lesbian package sold today is 99% plastic and 1% lesbian and that 1% is in name ONLY! But it is THIS artificial commodified lesbian that is turning away and turning off our lesbian youth. Youth that perceives more of itself in Transgender than it does in the pre-packaged-just-add-water Lesbian. There are little to no lesbian role models for lesbian youth today. Granted transgender has the hetero male backing (media, mental illness and money), but in the age of global communications we as lesbians do not need to relay on mainstream media for representation and we know already we cannot rely on it for accurate lesbian representation.

WE HAVE TO REPRESENT LESBIANS AS LESBIANS!

Because we have lapsed in that endeavor, at this point in time alone, there will be a SERIOUS loss of lesbians in the near future due to systematic transition. Today lesbians are being stalked for transition in our schools, on the internet, on television and film, on billboards and magazines. While this is clearly a HUGE problem, had we not dropped the softball, for all the misrepresentation and transgender thievery of our lesbian narratives, the visibility of us in each of our communities spreading out into the world wide web, the number of lesbians lost to transition would have been minimal till reason once again ruled.

As it stands now Lesbian is vulgar because it is portrayed naked on all fours with a dick in its mouth, rather than the vulgar of yesteryear because we didnt subjugate ourselves to men, the male gaze or constructed hetero norms! Whether we were dykes on bikes, hairy legs and Birkenstocks, spiked hair and Doc Martens, drum circles and dream catchers, Lipstick and heelz, Softballs or Golf balls or sir'ed in the Ladies, we were strong, we were proud and we were out!

Lesbian cannot be reclaimed without lesbian being reimagined. This cannot happen without each individual lesbian representing herself in the real. Claiming lesbian when it is safe. Refusing to dilute herself with queer or gay or trans. Putting lesbians first even when we disagree with other lesbians. Telling lesbian stories of real lesbian lives. Sharing lesbian skills learned from lesbians past with lesbian youth. Building lesbian community IN your community. In a nutshell-keeping Lesbian pure!