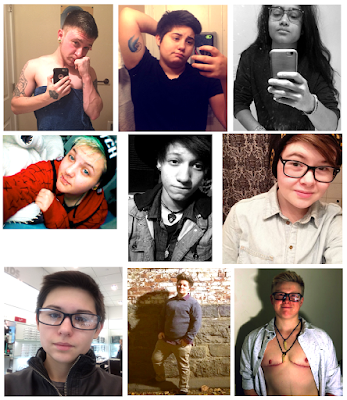 Before transition became so easily, readily and widely available, the key to unlocking the door to transition was only received after much necessary/needed requirements were accomplished, and then it still wasnt a foregone passing of the master (mister?) key. Even with key in hand, the door opened slightly, slowly, letting in slits and bits of new light. Unlike today, where it is violently flung open, or worse, ripped clean off the hinges.

While there is no evidence that a single transition has ever been successful (how could two wrongs ever make a right?), by the gradual medical transitioning of the patient, each door inch obtained was met with a new trans high. This process took sometimes years before gender transition went as far as it could, giving trans female patients imagined periodic reprieves from the troubles plaguing their former selves. But once the patient reached her transition peak, past issues collide with the physical/sociological issues newly developed during transition. That collision corner is where transition, depression and sometimes suicide meet FAR too often.

The same process of past and newly found transition issues occur now, only today they are being fast forwarded toward the same conclusion. Its the equivalent of a loved one being diagnosed with cancer and given years to live vs being given days. In the current schema of transition, the young women on this page have days.