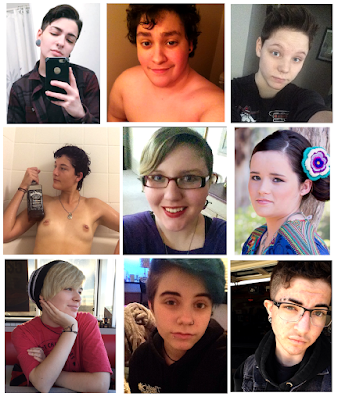 In 1920, two German academics Karl Binding a Law professor and Alfred Hoche a Psychiatrist, produced the work Allowing the Destruction of Life Unworthy of Life. The book intellectually framed how society (the state) as a whole would be better off/function more resourcefully by medically killing those deemed unworthy of life. The science behind this book was based purely on social eugenics dating back to Darwin.


Nearly a decade before Nazi German officials decided on systematically eradicating those it considered racially inferior/undesirable, the T4 Program (Life Unworthy of Life) was developed based on Binding/Hoche's masterpiece. The mental institution Hadamar was used as a Nazi testing ground to euthanize its patients according to scientific eugenic theory, killing those unworthy of life such as (the retarded/homosexuals/sexual deviants/coma victims/mentally ill/terminally ill/crippled/ the deaf/epileptics etc). By loosely tying science to academic theory (Binding begins his portion of Life Unworthy by saying “The scientific clarification of the pertinent starting point is however so essential…”) the general public would be more likely to support such theories believing them to be founded in science rather than subjective theory. Binding went on to say “I can find absolutely no reason, from a legal, social, moral, religious point of view, not to allow those that want it, to kill those beyond salvation, who desperately desire it.”. By framing these murderous theories in such a way, it would seem that anyone who doesnt support Life Unworthy of Life would be in violation of one's basic human rights over their own agency or parents/loved ones in violation of those who cannot legally make decisions for themselves! Sound familiar?

These baby steps toward genocide began from academic theories disguised as science making the murder of selected people palatable to the general public until it culminated in the extermination of 10 million people 25 years later. An American psychiatrist Leo Alexander who was a consult at the Nuremberg Trials later wrote in 1949:
The path toward genetic/racial/heterosexual purity has enjoyed some flourishing highs and has floundered in some turbid lows, but eugenics, like Darwin's fittest survives and thrives. One of today's eugenics successes takes its shape in the form of transgenderism. In a minority group, there is an unprecedented visibility, prosperity and jurisprudence among transgenders-national media focus, national TV programs, major films and documentaries-growing increase in academia, growing increase in specialized transgender job opportunities/including job opps given to transgender over more qualified sexes-laws passed at the expense of others, laws that are infringing on the basic human rights of others! Growing Transgender special protections unlike any other minority group in human kind history! A growing increase in transgender medical provisions/accommodations/accesses by widening mental health parameters and insurance coverage's. Rapidly changing school policies ensuring early transgender diagnoses. But do NOT be fooled, the seeming special rights/privileges transgenderists are back stroking in like their own private special Olympic pool is filled with poison. This water is as toxic as Flint Michigan's and has a toxic history that would put the Flint River to shame.
Somewhere in the space between coincidence and synchronicity transgenderism and transition as a cure for sexual aberrance was engendered. The proliferation of transgenderism is NO COINCIDENCE! No emergence this large can happen in a vacuum. Were transgenderism limited to homosexuality, there would be no transgender explosion. No homosexual man claiming to be a woman would be honored, decorated, declared 'brave' and hailed Woman of the Year. And despite the vast privileges gay males reap, there are not enough gay men, nor enough with financial clout to fund, influence and alter the array transgender related (global) business, systems and hetero-patriarchal handshakes necessary for the sky rocket increase in transgender's all-encompassing colonization.
Transgender proliferation has occurred and continues to grow because male HETERO-sexuality and its fetishistic offshoots centering around females (things associated with females) are immense! Teenage boys on panty-raids couldn't have come into popular culture to the point of natural rights of male passage otherwise.

Fruit doesnt fall until it is ripe and maturation cannot occur without a host seeming incidentals all gathered at the right moment. The ground where the Eugenics tree lives, was once bare. Today that ground is blanketed in transgender figs, with ever more figs sprouting, ripening and falling by the minute. One fig-a gay boy. Another fig-a tyke dyke. Figs that were men thrilled in dresses. Figs of confused and abused women. Figs and figs and figs and more figs, figs so many now it has become difficult to tell the ground from them. But like any fallen fruit, once released from the tree, they all eventually rot.