In effort to continue documenting transition related deaths of trans females, here is yet another former self hating dyke gone gay/popular blogger/transgender activist who's died of a testosterone related early death. 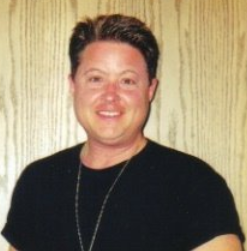 Jennifer Kathleen Kailey, better known to her transgender readers as Matt, died "suddenly" May last year of "heart failure" at only 59 years of age. Jennifer transitioned, like many post queer theory dykes in the 90's (1997) at a much older age than lesbians today. Jennifer began her transition at age 42. It is unknown specifically (at least to the public) when she began injecting testosterone. From her own writings, particularly her writing on Menopause, Jennifer-for some years at least was using a low dose of testosterone since she was experiencing Peri-menopausal hot flashes at 50, as her female body fought to regulate itself and was apparently winning still.

Along with her trans-activism, Jennifer ran a question and answer website and about a year before her own death, Jennifer was asked by a reader this:

“I have a pretty scary question. I’m a trans man, and pretty early in everything, so I used to like looking accomplished trans men up online to have some celebrities to feel some sort of connection to.
“But then I noticed than trans men seem to die pretty young – at least the ones mentioned in ‘famous trans men’ lists all around. So many died before they were even fifty or sixty. And now I just saw another memorial post on Facebook for a guy who died, also before his 50th birthday.
“I know that it’s probably a coincidence, and that all the trans men who live long, happy lives are probably never heard of. But I just have this nagging fear inside that it might have something to do with medical conditions that aren’t being noticed because of bias in the medical system, or something to do with testosterone or … you get the picture.
“My doctor doesn’t know anything about anything, so now I ask you. Maybe you and your readers know something. Do you know if there is any kind of medical study of how trans men in general do medically after transitioning?”

"The one thing I do know is that you will never get out of this life alive. I’m not trying to be snarky. You will die of something, and my philosophy has always been that I would rather die after having lived a full and authentic life than after having lived as someone I am not.
There are some health risks associated with testosterone, but for most people, these can be mitigated. From what I have read, trans men overall have the same life expectancy as non-trans men, which is slightly shorter than for women.
Some of the guys who you have read about have committed suicide. Lou Sullivan, a very famous trans man who is probably on many of those lists, died from complications related to AIDS. Robert Eads, another very well-known trans man, died from ovarian cancer. Both of these deaths were quite likely complicated by bias in the medical system.
Many of the guys you have probably read about would have died whether they transitioned or not. They might have had some overlooked or undiscovered health problem that would have killed them regardless. They might have developed a terminal illness that had nothing to do with testosterone. The only reason you know about them is because they were trans."
Jennifer then falls back on her own age (57) transition as proof to assuage the reader's fear about testosterone's harm on the female brain/body. I suspect Jennifer minimized the deaths of well known trans females from transition/testosterone in order to alleviate her own worries. Sadly putting her head under a rock or putting her fingers in her ears while la la la-ing cost her her life.

Like other trans females active in their community, Jennifer was more invested in touting subjective pros rather than providing objective cons. And as an individual, thats her right of course. But when one is a community leader and looked up to for factual information and support, subjectivity isnt limited strictly to self harm it spreads out, harming others.

We're recently seeing the ongoing death toll of 90's trans females, most of whom transitioned in middle age. So now a dozen or more years in transition, their lives are being taken by the secondary means of heart issues, heart valve issues, cardiovascular disease, various cancers(especially brain), diabetes to list a few. Nineties middle age dykes who transitioned while a lot, is a drop in the bucket of Trans Trending females in recent years-females in their teens and early twenties. If 10 to 15 years post testosterone is the norm for middle age transgender female deaths, are we going to see Trans Trenders dying in their late 20's/30's? Will lesbians have our own AIDS type crisis? Will their be enough lesbians left to care or cry?