A few days ago someone left a comment to a dead link regarding a funding site for a Down's Syndrome (Sky/Melissa) girl. By the time I got home that evening to check this potential child abuse horror story further, feminist crusader GenderTrender was on it. GT's prime focus of her piece was on Aydin Olson-Kennedy's (ex lesbian trans propagandists) seeming promotion of Sky/Melissa's Top Surgery fund. In order words, why would Aydin Olson-Kennedy (social worker-married to an MD) promote the butchering of healthy non cancerous breasts from a young woman with Down's Syndrome? Satisfied with GT's tackling of the issues at hand, I planned not to write on the subject. That is, until my inbox received a screencap of an email header

that the sender claimed to have received from Sky/Melissa's mother Mary T. Utilizing what I received to look further into this case, this is what I found (with help of course-thank you Anon who ever you are):

I'll begin with Sky/Melissa's Breast Mutilation funding site that many at this point are familiar with:

Hmmm Who exactly is Mary T? And why is she transitioning her mentally (physically?) handicapped daughter? 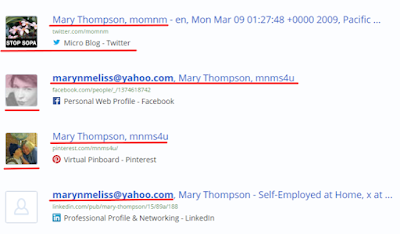 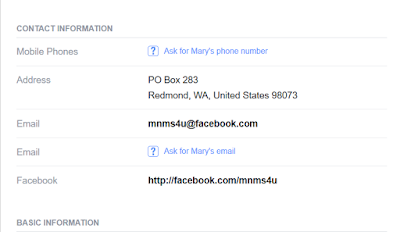 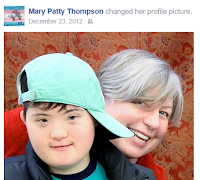 What did Mary Patty Thompson do before SHE decided to garner ATTENTION for HERSELF (using LGbt funds mind you) by seeking transition for her mentally handicap daughter? 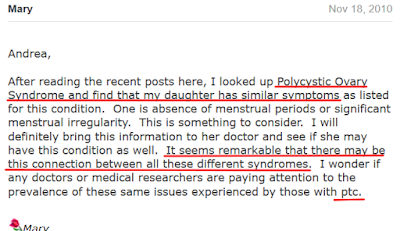 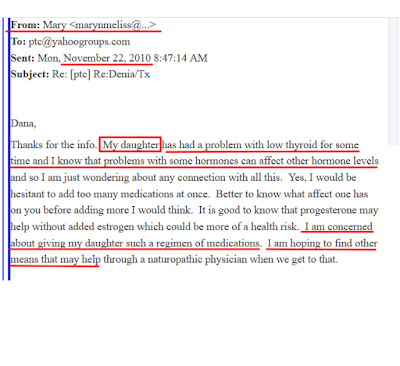 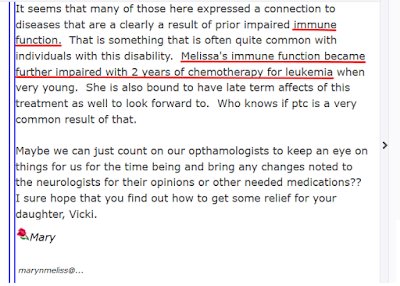 Her daughter in remission from Leukemia, should Melissa have been give the green light for testosterone if this is true? Aydin Olson-Kennedy? What does the doctor of the family Johanna Olson, MD think about this? Moving on... 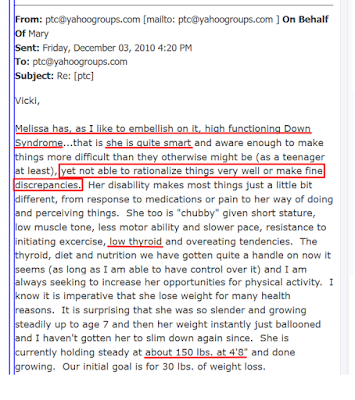 Sounds like this poor kid has a vast amount of health issues or does she? 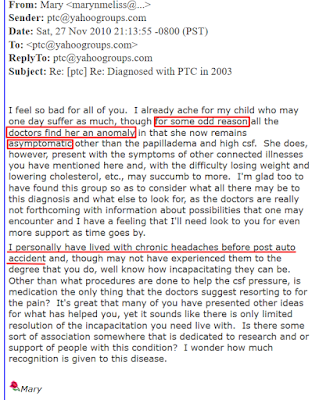 Wait? The doctors cant find anything wrong with her??? Ah but Mary Patty Thompson has some issues it seems... 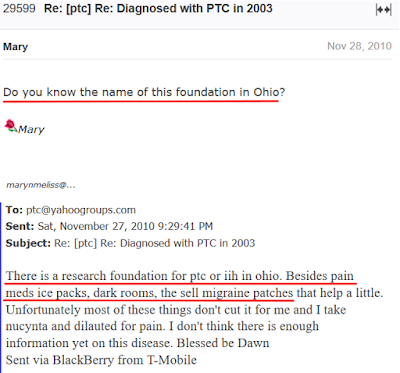 Seems Mary T likes her pain meds. But enough to use her mentally handicapped daughter to get them, who knows? Melissa was clearly given a clean bill of health, despite Mary's insistence that there was something wrong. So what does a good Munchhausen by Proxy mother do when the doctors pshaw her? Find another illness, only a better illness. Better in the sense it cannot be scientifically proven... 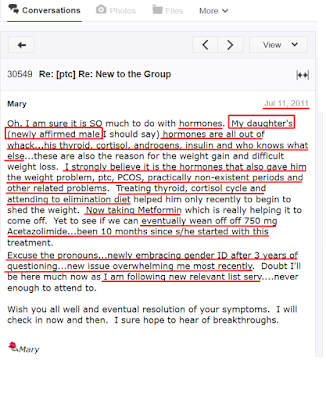 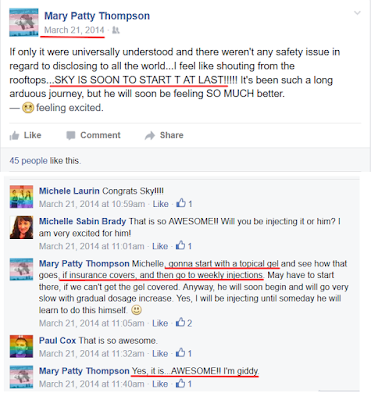 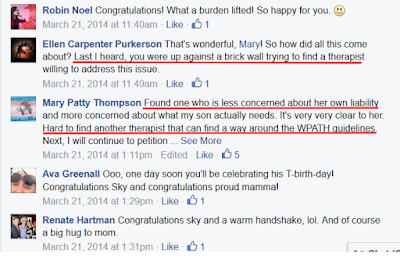 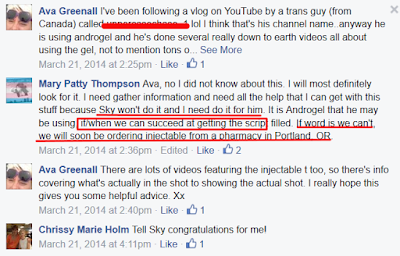 Mary is so gung ho and determined to transition Melissa she'll obviously use illegal means to do so. Maybe Johanna Olson could help with that? 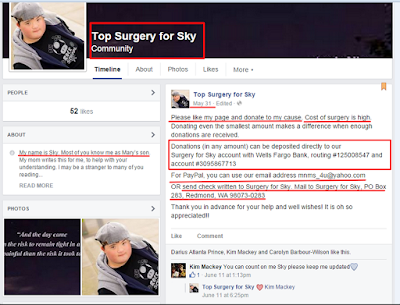 Also like a good Munchhausen by Proxy mother, Mary T is a tad paranoid and prone (I post only 1 example-trust me there were others) leaving Melissa periodically, in this case the police were called: 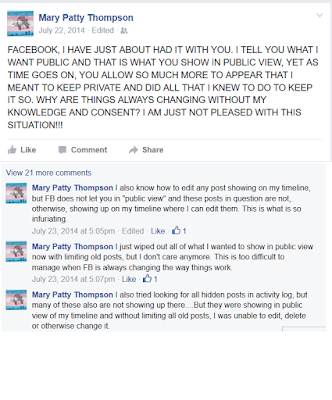 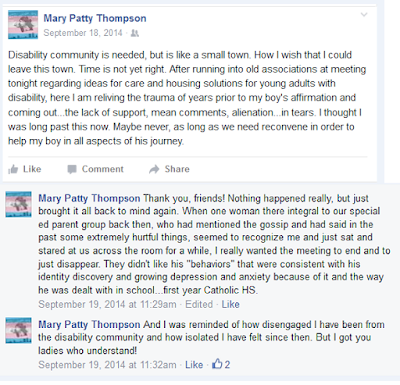 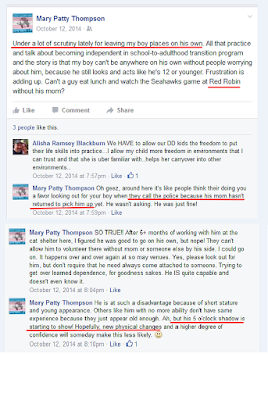 Despite Mary's efforts to raise money for her drug addictio...errr Sky/Melissa's top surgery, all purportedly comes to a halt last month: 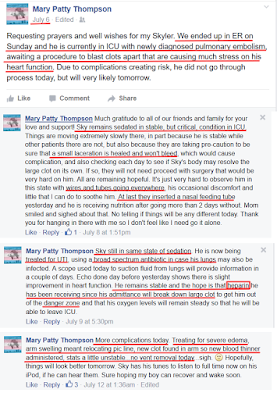 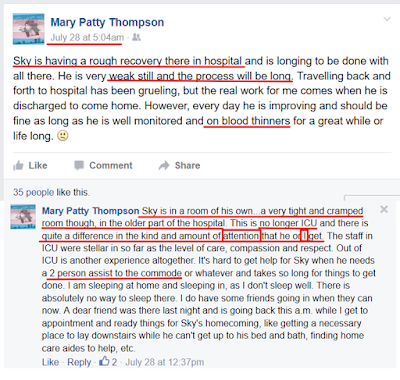 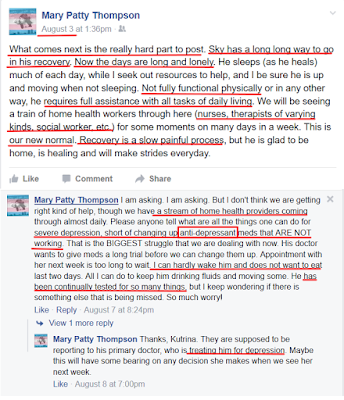 Wait? So Melissa (Down's Syndrome) is on anti depressants, blood thinners, in remission for cancer AND the doctors were allowing her to be on some form of testosterone???? Johanna Olson, care to chime in???? Isnt this dangerous?? 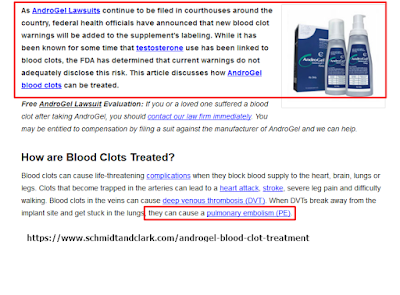 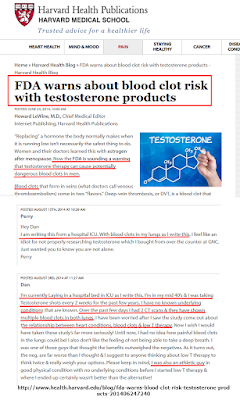 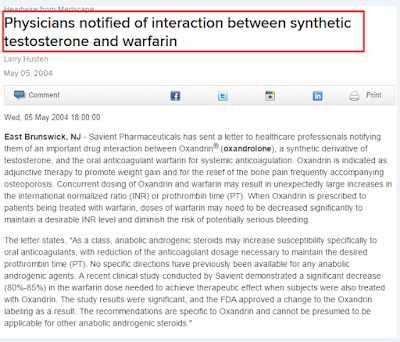 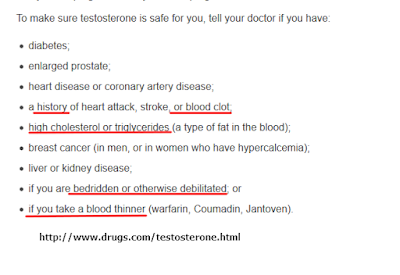 If yesterday is an indication perhaps Melissa has recovered a bit?

But if this is any indication, Mary's determination to remove her mentally handicap daughter's breast remains intact:

And MARY'S UPDATE to the breast mutilation fund:

Unlike GenderTrender, who was smartly on top of Aydin Olson-Kennedy and Johanna Olson's involvement in the top surgery for a Down's Syndrome young woman, I was more concerned with Melissa' mother Mary Patty Thompson and a little skeptical of Team Olson-Kennedy. Skeptical in this case, obviously not in their joint effort to murder gay and lesbian youths, like Kennedy herself was, not so long ago. BUT, something changed my mind....see next post tomorrow for Part Two of FTM Top Surgery for Sky-a Tragic story in Munchausen by proxy & the Transgender Support of it.