I made a recent post on testosterone's pornographic effects on the trans female brain, using this woman's VERY sexually explicit public pictures

of her and her husband. Blatantly illustrating with yet another case, where the actions of the Gender Dysphoric DO NOT meet with the definition of Gender Dysphoria, including that of the DSM's. What also came to light, was this same trans female was breast feeding WHILE injecting testosterone! I suspected the post would receive some guff. I suspected Blogger would receive complaints seeking its removal. I didnt expect Blogger to remove the ENTIRE post, INCLUDING MY copy written text WITHOUT explanation or warning! (Interestingly this post was ONLY removed by Blogger and not the other blogs I posted it to) I also am a firm believer that everything happens for a reason. Reason to be revealed later in this post.

For the purpose of context, sans the trans gal's pictures, here is most of the post (screened from public forums) that was removed: 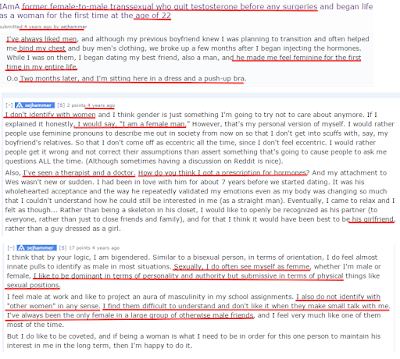 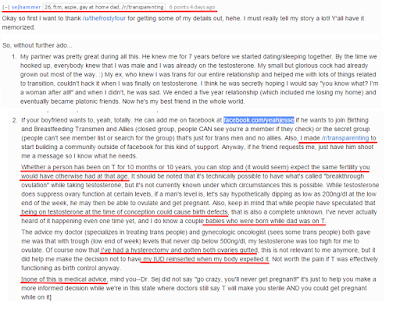 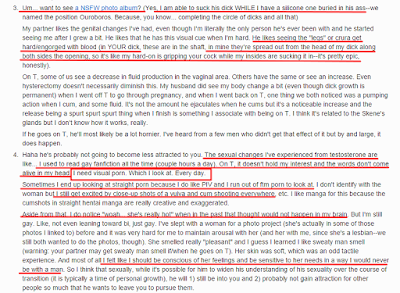 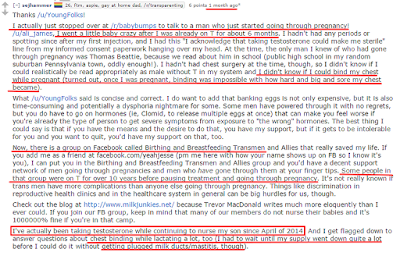 Aside from connecting the dots revealing a picture of a female who most certainly is NOT suffering from Gender Dysphoria despite being treated for GD, the above was the gist of the post.

Then this trans bully campaign sprang up shortly thereafter: (I know its a bit much, but many of the comments I include shed a great deal of light on the mentality of those being transitioned) 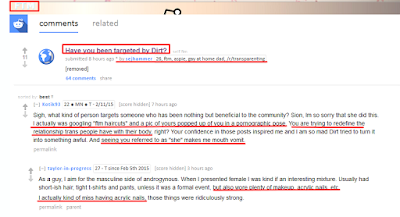 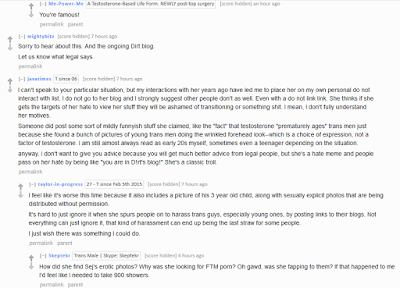 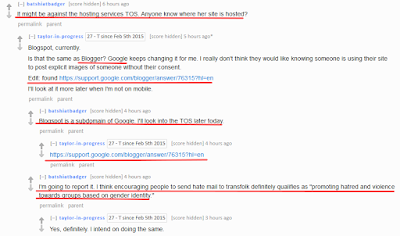 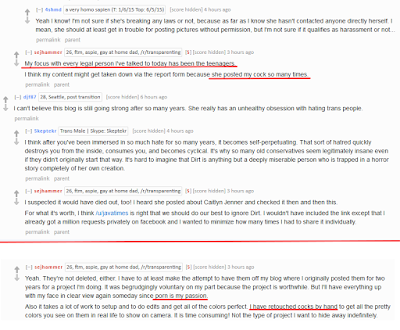 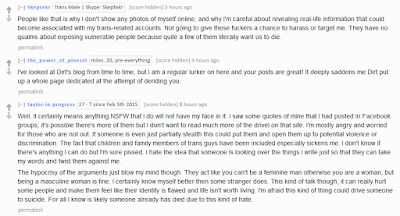 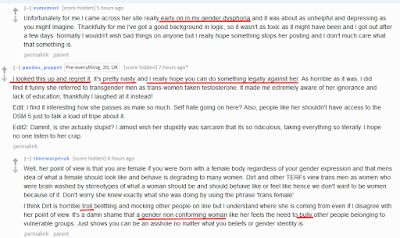 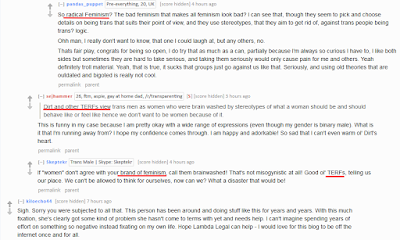 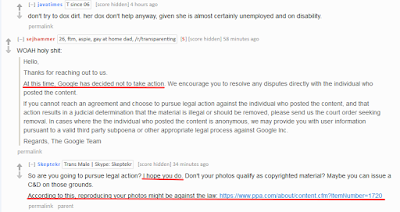 Even within this transgender campaign to remove information deemed to strong for impotent egos, there is revealed a slew of other trans females clearly wrongly diagnosed and treated for Gender Dysphoria, coupled with SERIOUS misinformation and a misunderstanding of available information.

In back tracking to (re) put together this post I stumbled across this from Miss Trans-Breast-Feeding mom: 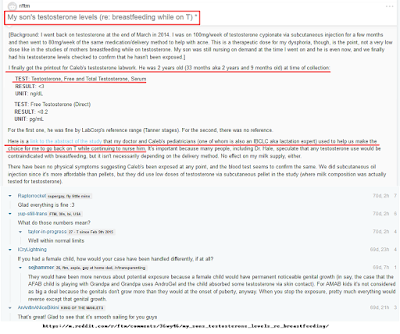 Our testosterone filled mom states clearly Drexel Hill Pediatrics  not only told her she could breast feed while on high doses of testosterone, they encouraged her to breast feed as much as possible! She is issued this study on the safety of breast feeding while on testosterone: 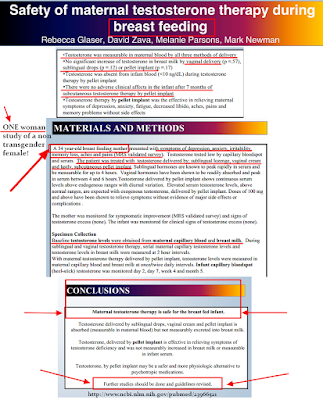 A study of ONE woman who was NOT transgender who's child was breast fed while using low testosterone in methods unrelated to how this trans female is introducing testosterone to her body, via injection! While the trans patient/parent should have followed up herself on the inaccuracies of this study, the doctors/clinic who utilized the faux study to give this transgender mother a false sense of safety for her child should have their license revoked!

This transgender mother claims above, her son pickled with years of testosterone soaked breast milk tested absent of testosterone serum. What she doesnt mention or her pediatricians clearly didnt test, was this little boy's estrogen level! It is common sense that a male child's body receiving added male hormones is going to aromatize the extra testosterone into estrogen!

"Aromatization is a process that occurs naturally in the body to convert testosterone into estrogen. The reason for the name, which sounds more like it would deal with scents, is because the enzyme aromatase performs the conversion. Aromatization mostly occurs in the male body, but can occur in females, and occurs naturally, whether from aging or to balance out a large testosterone boost from anabolic steroids."....."Testosterone is not a hormone made in great quantity but is created at an average of 7 mg a day. Most anabolic steroids pump a much higher amount of testosterone into the body, typically from 100 to several hundred milligrams, which makes the human system more susceptible to aromatization"...."Problems occur when estrogen is too high in the body. Aromatization in the presence of high testosterone levels, especially people with high levels of aromatase, will develop gynecomastia, cholesterol problems and decreased immunity, among other effects"

According to the transgender mother, this is the pediatricic clinic where she received the okay to breast feed her son testosterone laced breast milk:

Thank the heavens, I had to retrace my steps for this post as a result of the other post having been brutally removed. This information has been sent to all the doctor's emails at this office, http://www.nbcphiladelphia.com/news, http://6abc.com/philadelphia, http://www.breakingnews.com/topic/drexel-hill-pa-us/ and a handful of other PA news sources. The medical malpractice on the part of Drexel Hill Pediatrics is reprehensible, lazy and unethical! They gave this transgender mother incorrect/ignorant information which she has spread like wild fire to other trans females seeking to breast feed and thereby poisoning their infant/baby. Its about time the medical establishment loses a battle!