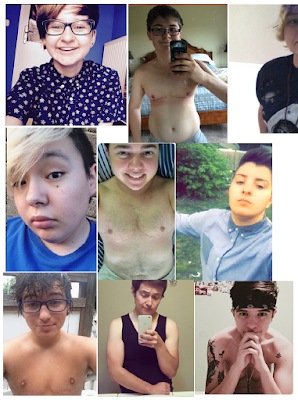 I have personally observed lesbians drinking the transgender kool aid for over a dozen years now. Each year has been met with more and more (younger) numbers of females (mostly lesbian) pursing a cup of trans kool aid as if it were the Holy Grail itself and its content the blood of Christ.

Transgenderism has frighteningly veered from cult to Group Think:

"Groupthink, a term coined by social psychologist Irving Janis (1972), occurs when a group makes faulty decisions because group pressures lead to a deterioration of “mental efficiency, reality testing, and moral judgment” (p. 9).  Groups affected by groupthink ignore alternatives and tend to take irrational actions that dehumanize other groups.  A group is especially vulnerable to groupthink when its members are similar in background, when the group is insulated from outside opinions, and when there are no clear rules for decision making."

Lets look at the eight symptoms of GroupThink as documented by Janis and see how (if) each applies to the Transgender Community/Politic: