Recently an article was published claiming that transgender males/females do not suffer anymore risks for breast cancer than the general population. Bear in mind:
Now from the article: 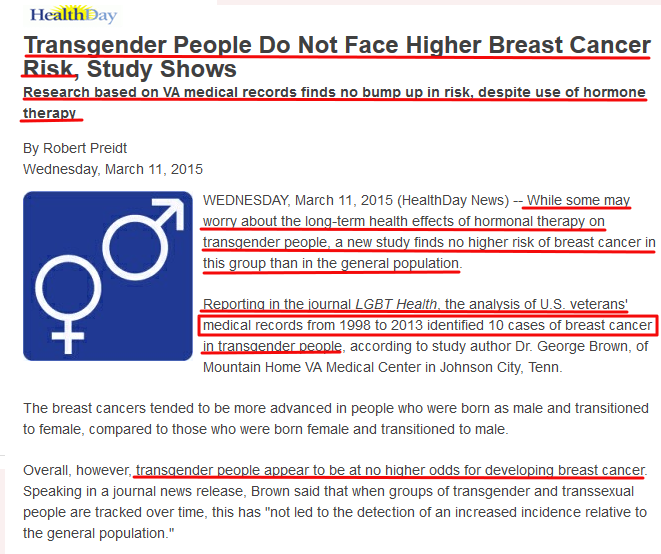 So according to the study, medical records of veterans were used to document breast cancer in trans males/females from 1998-2013. Although on it is ONLY since 2011 that the VA began documenting/evaluating/treating transgender vets.

The article then, in oxymoron fashion concludes:

Unfortunately and unprofessionally there remains no master data base where cancer and other  hormonally related transgender maladies/deaths are collected. And it isnt until cases like these make headlines that a hint of what is truly going on with the precarious health of many transgender patients is known.