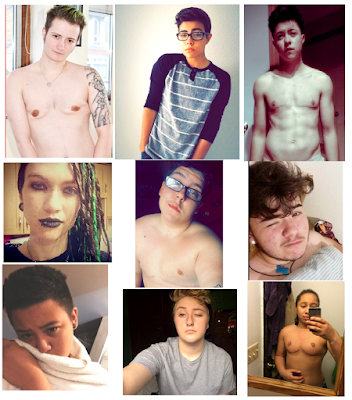 Transgender bodies are different bodies. Different because they are imprinted with cross sex hormones/surgeries designed to reconfigure the natural body. Trans bodies are recognized as transgender (their actual sex) by these differences as much as or in many cases more than they are unrecognized by them. One of these recognizable differences in trans females is the forehead. While there are distinct differences (bone/cellular) in male and female foreheads, none adequately explain the trans female forehead, post hormone. These distinguishable forehead changes seem to occur somewhere around the 9 month period on testosterone, taking into account genetics and lifestyle. 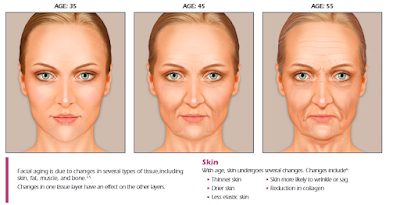 This is an image of four random trans female foreheads, all four in their late teens/early twenties:

This image is of four random female foreheads of similar age:

This image is of four random male foreheads of similar age:

It is clear from just a cursory glance into what surely is an effect of testosterone on the trans female body. That females applying high doses of testosterone experience some kind of metabolic (?) facial change beyond a reordering of fat and muscle. There are obviously exceptions (I think?) but in studying thousands of timelines of testosterone's effect on females diagnosed as transgender, a (seeming) rapid aging forehead is more the rule than the exception.